After a poor showing in its first three episodes of the season, CASUAL attempts to bounce back. This show does not find itself ever commenting on larger themes, current affairs or clever analysis. In that, it’s a show for a different time. But on that same wavelength, what Casual does good is committing itself to the lives of its characters, at times being so loyal to their characters that you can’t help but feel like it’s storytelling in a bubble. What Casual doesn’t do well is figuring out what stories they need to tell, and often times, as in this episode, we are left meandering or exploring themes that have already been explored many times before.

If you have any relationship to Casual you know that Valerie isn’t happy with her place in life. Alex is committed to meandering through life as long as he can, and Laura is committed to being angsty while commenting on how meaningless angst is. It doesn’t stop. There has never been any real character evolution or even development, and when you think there might be, the characters so abruptly snap back that you can’t help but feel that this is the point of the show. It’s as if Casual is saying no one changes, especially selfish people and if there is one thing in common between this unconventional family, it’s that they are all deeply selfish and all like to say “…Fuck.”

The real catalyst of the episode is that Alex’s former girlfriend/Valerie’s former hookup, Emmy, is pregnant. Obviously, Alex is worried that the baby is his. It’s not that Alex doesn’t have better things to worry about, it’s that Alex loves finding new problems to meander into. If the baby was his, Alex would be a terrible father and try to deep dive out of any sense of commitment as quick as he aloofly stumbled upon it. This is the problem with Alex: he’s at his best when he has no reason to be involved. As soon as something is troubling him, say his new budget, he argues the reasons for and against almond butter before relenting.

Alex uses the death of his father, and the revelation of his sister’s other brother to get Emmy to come over. Alex is clearly still infatuated with her, and she’s happy to see him. But it would be remiss to not mention how awkward their chemistry is. It’s not like old friends seeing each other again, it’s more like two exes making a mistake. And so, when pregnant Emmy asks for a glass of wine you can’t help but freak out and wonder if this is one of those times where Casual tells a tale of irresponsibility. Thankfully (though still irresponsible), Emmy stops herself at one glass, before departing, probably forever. 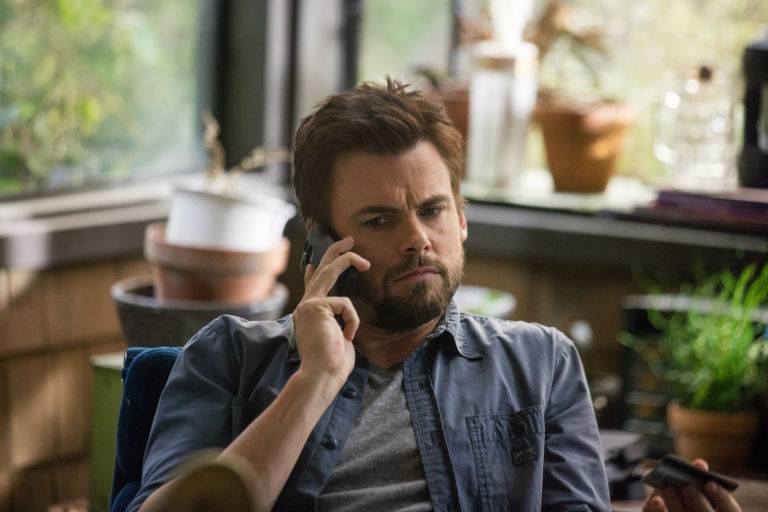 Laura decides to take that job that pays her per signature. It’s thankless, doesn’t suit her disposition and she gets subjected to mansplaining from a rival signature getter. I find it hard to believe that she would even be half as dedicated as she makes herself appear, but then you remember how stupid that tattoo on her back is and how selfish she is. It’s in her plotline that we get the first, and thus far only recognition of the world thus far, when Alex asks a bunch of Mexican grocers how they feel about Trump. They laugh at her and tell them they’re from California and she feels like an idiot. Her cluelessness to the lives of others makes her endearing enough to one baggage handler that he invites Laura to a family birthday party that night.

Things move particularly fast, but honestly, I’m OK with that. It’s all to set up something that Laura has shown she’s unable to obtain: normalcy. Although it’s bizarre that a stranger would invite Laura to a family affair the day of meeting them, it’s maybe just because he and his family are open, loving people and he saw something he liked in Laura. When she wants to be, Laura is a great person; it’s fun to see them play off of each other. The young man offers to get her signatures (from his family members) and a beer for Laura, and she’s happy to be a part of it. But of course, this doesn’t last. Laura wanders into the house and stumbles upon a small table holding icons of the Virgin Mary. With little hesitation, Laura picks one up and puts it in her pocket. His mother sees this and calls her out, an embarrassed Laura puts the icon back and is disappointed in her own behavior. It’s not that she’s a kleptomaniac – it’s that she’s thoroughly self-destructive. Valerie is at the point of her life where everything is in crisis. This is not new, but I can’t remember literally everything in her life being in such a place of upheaval. Her assistant gets Valerie new clothes so that she has something to wear to this storytelling class she’s taking at UCLA. And the storytelling class is a mess. Instead of storytelling, it looks a lot more like an acting class: a blackbox theater, good looking students, pretentious outfits. “Storytelling” becomes even more confusing when the exercise their teacher sets up involves classmates roasting other classmates based on their appearance. Valerie gets called out on living in a midlife crisis, and eventually rides that confusing wave towards having sex with the hottest manbun dude in her class. It’s moments like these that make you think, “Why is Valerie so uptight?” If she can always swoop in and nab a manbun guy, she should be fine with her life. She hates relationships, the idea of remarrying and any commitment – but I guess the grass is always greener.

Casual seems content with meandering through the lives of their characters instead of setting up anything that feels relevant to our society or to a plot build. Let’s see where this goes.