The more I watch CASUAL the more I feel like it takes place in some sort of Randian apocalypse. Most of the issues affecting the characters on this show either have to do with some supreme misunderstanding or the complete ineptitude of a given social class. What I mean by that is Casual like to pretend that young people are dumb. Like really, really, dumb. And so out of touch with the world that the world itself doesn’t make any sense. For any reference we have to Donald Trump’s election, we have hundreds of more references that we’re living in some parallel universe where normal behavior is looked down upon, like that Twilight Zone episode where the beautiful girl was called ugly because she didn’t have a pig face.

The episode starts normal enough, Valerie and her barista-boy-toy continue to have sex in random places, Alex gets ready for his job, and Laura gets ready for hers. But from this point on we lose any sense of stability. Somehow, someway, in a no-strings-attached sexual contract, Valerie never learned that her barista’s name was Theo, but HE knew not only that she was a therapist, but where she worked. We know this because Valerie gets an intruder in her office, yelling and screaming before abruptly leaving. This intruder is Theo’s girlfriend and it makes sense why she would be pissed. What doesn’t make sense is why Theo told her or why she’s a Private Investigator. Regardless, Jennifer stops by to ask what the noise was all about. When Valerie says, “I’m having sex with that girl’s boyfriend,” Jennifer goes, “Niiiiice,” and wants to take her out for drinks. I don’t get this. The last we saw Jennifer she admonished Valerie for this same exact type of behavior. Why would having sex with other people’s love interests bring Jennifer back into the mess that is Valerie, instead of reaffirm her world view? Bizarre behavior gets even more rewarded when the bar they pick to get wine drunk happens to feature Theo and his girlfriend. There’s so much to unpack here. If Valerie knew Theo was at the bar, why wouldn’t she immediately leave, or have any sort of remorse for the woman who just got duped? Or alternatively, this scene is supposed to be confirmation this late-20’s girl with the broken heart is an amazing PI. Anyways, they have an argument and the girl questions Valerie’s adherence to “girl code.” Valerie, without missing a beat, argues with this girl in the most Randian way. She uses Donald Trump’s election to validate her selfish lack of remorse, almost as if saying, “I voted for Donald Trump, to give myself the chance to make this case in the future.” It’s really disgusting behavior, but what’s even more striking is that Valerie makes fun of this girl for not knowing that Trump was elected. WHAT?! HOW DOES ANYONE NOT KNOW THIS?! WHAT A STUPID THING TO MAKE FUN OF, OBVIOUSLY THIS WILL BLOW UP IN YOUR FACE. But this is Casual and so the worst part is – VALERIE IS RIGHT. This girl just walks away confused, and if you feel like that sounds like the death of the youth in this parallel universe, just wait.

Laura trades her signature sheet for another signature sheet and a supervisor who wears a Harvard baseball cap and calls himself Harvard. For some reason, Laura never sees red flags. It’s getting to the point that I can’t help but feel like Laura’s lack of public school education has permanently damaged her development. The guy calls himself Harvard! I mean, come on! Request a new supervisor immediately, or at the very least, don’t have sex with him, because of COURSE he’s going to try to have sex with you. The weird thing about Laura is that I feel like she’s supposed to represent the youth in a lot of ways, but there is literally no overlap between me at any age and Laura. Obviously, Harvard gets fired and Laura is like “U wot, m8?” I just don’t get why this is something Casual felt the need to explore. Is Laura stupid? Because she needed to have sex with Harvard a second time to realize, “Oh this guy is selfish and a douchebag who named himself Harvard.” Really?! 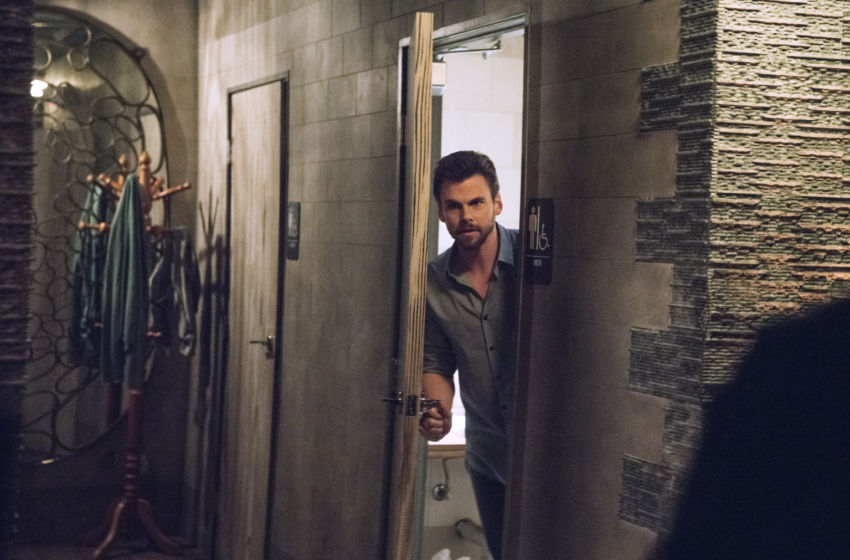 Perhaps the worst case of the youth can be found in Alex’s story, where the young females at his new startup job are seen as displaying the emotional tendencies of aliens. It really is like a bunch of aliens watched a Kardashians marathon, flipped through a Warby Parker catalogue, put those things together and then still didn’t fully commit. Again, Casual depicts a VERY libertarian worldview and with that they tend to pin the problems on the youth. And like all libertarian worldviews, it’s just not realistic. Filled with gluten free cookies and an open design, Alex stumbles through his first day. But the worst of it comes when he tries to talk about Hawaii with a Hawaiian and gets reported to HR. Like this is the fear that libertarians have: that PC culture is omnipresent and crushing. But their fear is rooted in nothing but irrationality and very isolated events that they use to portray the youth as a whole. The frustrating part is that Alex is perhaps the most open minded of the three main characters and so for Casual to put him through this otherworldly sensitivity is just agenda riddled. The same woman later calls him a retard, and you can’t help but think that Casual is trying to tell us that their version of the apocalypse is in the now; and it’s alive, and thriving.

Valerie ends the episode with an awkward meeting with Jack, her fling from last season. Jennifer tells her he’s a sex addict and Valerie tells him that Jennifer told her that. As you can imagine, this does not make Jennifer happy, but who cares? She put herself in this mix when she congratulated Valerie for her selfishness. It’s only funny when it doesn’t involve you: the golden rule of Ayn Rand.