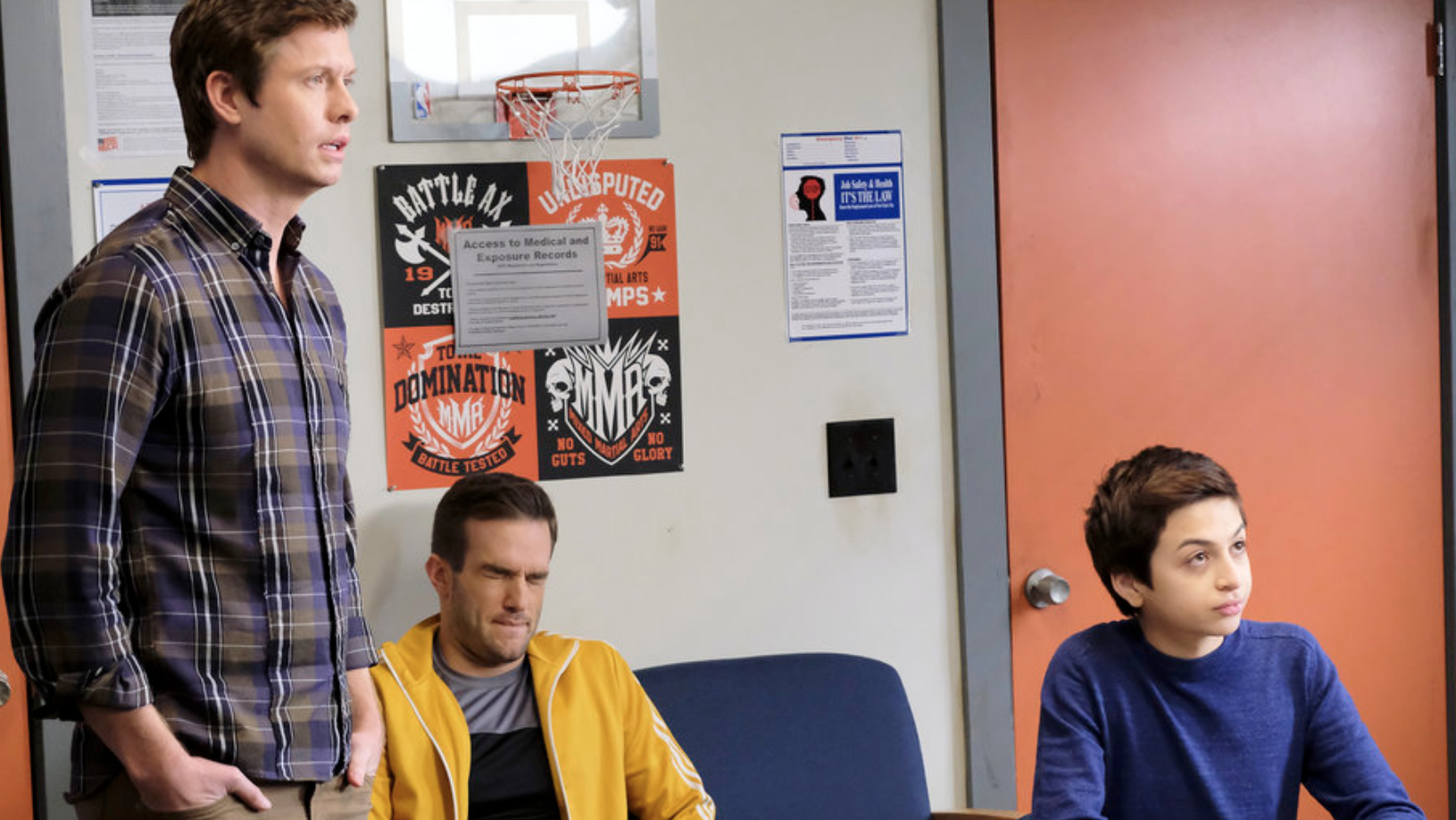 It wasn’t that long ago when The Mindy Project aired the series finale on Hulu. Similar in tone, Mindy Kaling is back on our screen with a new series called Champions. Created by Charlie Grandy (The Office, The Mindy Project) and Mindy Kaling, the new series centers around a fifteen-year-old name Michael (J.J. Totah) who wishes to attend a prestigious performing art school in New York. From Ohio originally, his mother (Mindy Kaling) decides to drop Michael off at his father’s apartment in New York to help fulfill his dreams. Vince, Michael’s father (Anders Holm), is a washed-up high school baseball star who gave up his dreams to take over the family gym in Brooklyn with his naive, younger brother Matthew (Andy Favreau). Never being a father before, Vince balances his new role as a father, while dealing with his brother and also trying to manage the rowdy gym employees.

With most comedies, the pilot is always rough. The writing is forced, which usually means so are the jokes. The cast is still attempting to figure out a balance within a scene. And overall, it just doesn’t flow well. Sometimes it takes an entire season to figure out what type of show it wants to be, but it isn’t the case with Champions. With Grandy and Kaling already having one successful show under their belt, they used things they knew that worked including bringing over some actors from The Mindy Project and lots of pop culture references. So the show found it’s footing rather quickly and by episode three the show flowed well with a distinctive tone set. 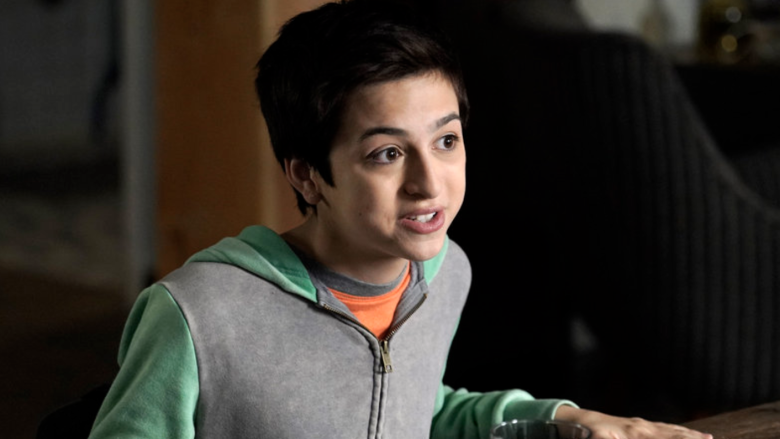 My favorite thing about this show is Michael. Michael is a confident, secure, fifteen-year-old kid who is also a pop culture guru similar to Mindy on The Mindy Project. It’s refreshing to see a teenager who knows exactly who he is, what he wants, and know what he likes. It’s the adults around him that do not quite have their act together and end up leaning on him. But more importantly than that, it is great to see young, gay teenager secure in who he is and have a support system around that him that doesn’t think twice about him being gay and simply just accepting. It is a non-issue in the show, which is enjoyable to see especially right now. This isn’t a show about what it’s like about coming out, or even about being gay, it’s about building the father and son relationship, as well as being a fish out of water story with Michael moving to the big apple.

The brothers’ dynamic is also strong. I found Vince’s sweet, naive brother Matthew also a strong character and that’s mostly due to Andy Favreau’s performance. He brings a warmth to his character, along with charisma, which pops on the screen. Vince, on the other hand, is probably the least developed of the main characters. Michael and Matthew are so well defined with their personality that Vince’s underdevelopment is noticeable. I think Holm’s performance is good, but it could be better with a character who is as defined as the other two. Hopefully, as the season unfolds the writers and Holm will figure out who Vince is, which will help elevate the show. 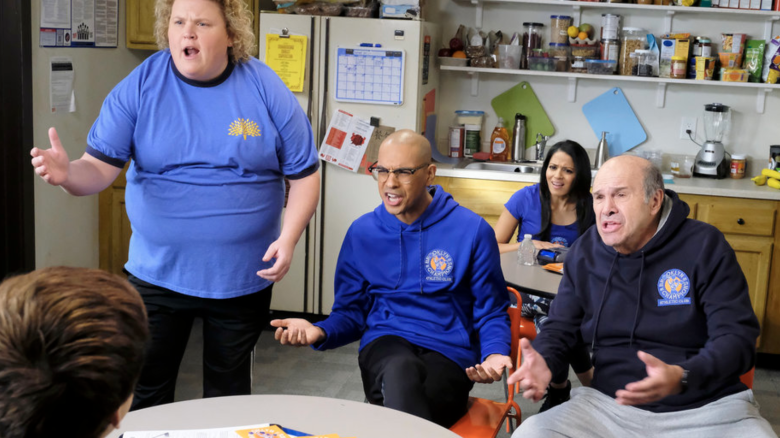 My favorite scenes revolve around the Vince, Michael, and Matthew adjusting to the new family dynamic. Vince who has never been a father before and most defiantly a bachelor struggles to get to know Michael, while Matthew is excited to have Michael and become the homemaker he has always desired to be. But the weakest part so far in Champions is the gym side. While the show has some eccentric and fun characters that work at the gym with Vince and Matthew, that side of the story doesn’t quite know where it is going to go. It is great to have Fortune Feimster, a The Mindy Project alum, on the show as Ruby a trainer at the gym who always has Vince and Matthew’s back but often jumps on the chance to take advantage of them. The other characters include Britney a yoga instructor, Shabaz a spin instructor, Dana the accountant and Uncle Bud who is the old school boxing instructor. Each with their own set of eccentricities, yet the show doesn’t quite know what to do with them. They have great lines, but in regards to the plot they’re not involved enough in the story and have little to do other than say funny lines. I am hoping this Is something the show will work out as the season unfolds.

At its core, the show is about family both blood related and work-related. It’s a show that is fun to watch with a surprising warmth thanks to the lovable characters like Michael and Matthew. While there still some kinks to work out in particular with the gym subplot, Champions did a great job finding the majority of its groove within the first three episodes, something that is difficult with comedies. I think this is another success for both Kaling and Grandy.