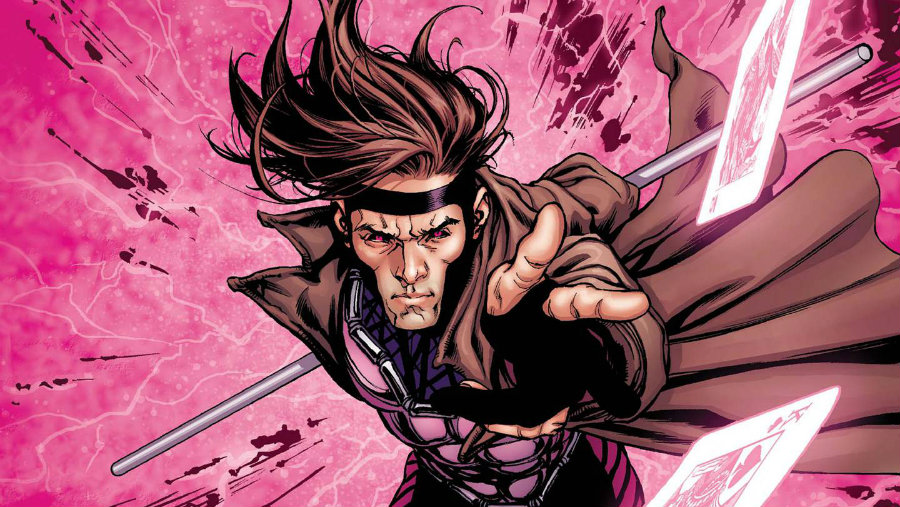 Just over a week after lining up Pirates of the Caribbean director Gore Verbinski to direct the X-Men spin-off movie Gambit, starring Channing Tatum, 20th Century Fox has gone ahead and grabbed a date. It will release the solo adventures of the X-Men’s Remy LeBeau in theaters nationwide on Feb. 14, 2019, Valentine’s Day!

It might seem like a strange date for a superhero if you forgot that Fox released Ryan Reynold’s Deadpool over the same President’s Day weekend last year to great success. Anyway, they already had that date set for one of their “Untitled Marvel Movies” they had snagged dates for, as has become the norm. The only other movie scheduled for that Valentine’s Day is Rebel Wilson’s rom-com Isn’t It Romantic? which shouldn’t pose much competition.

Fans of the comics will know that there’s always been a romantic angle to Gambit’s relationship with Rogue, played by Anna Paquin in four previous X-movies, although no one has stated whether Rogue or Paquin would make any sort of appearance in Gambit. It’s also still very early.)

Fox already has three mutant-related movies planned for 2019, including X-Men: The New Mutants, Deadpool 2 and X-Men: Dark Phoenix, so they’re clearly not done producing movies in the superhero realm. I’m sure we’ll hear of at least one or two movies coming in 2019 and beyond sometime in the next six months, if not sooner

As a lesser bit of release scheduling news, Fox has also dated Chris Sanders animated  Call of the Wild, being produced under 20th Century Fox Animation’s new initiative to crank out a certain amount of animated films each year, for Christmas Day of the same year.