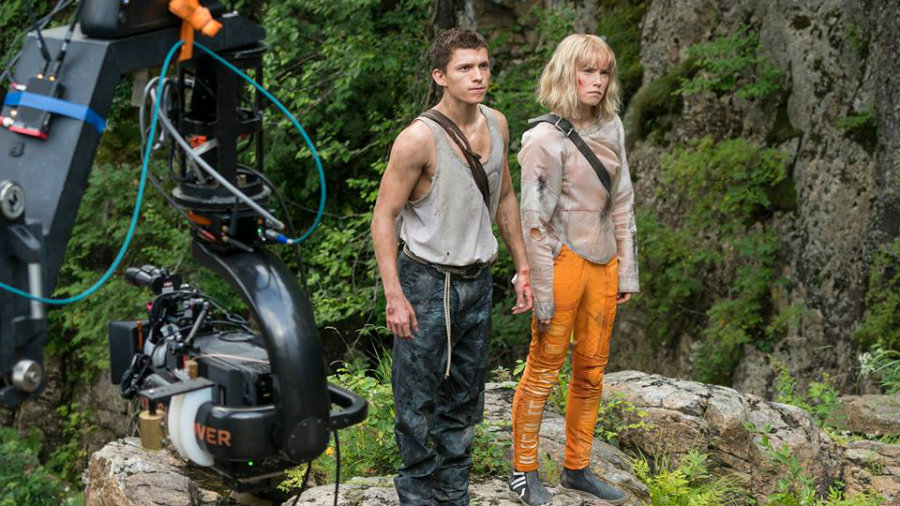 Doug Liman’s latest movie American Made was just released this past weekend — we’re still waiting to see if it usurps It for #1 — but he’s already working hard on his next movie, the sci-fi film Chaos Walking, based on Patrick Ness’ novel, which was adapted by Gary Spinelli.

It stars Tom Holland and Daisy Ridley as Todd Hewitt and Viola Eade, two young people brought together on a dystopian world with no women and everyone having the ability to communicate telepathically via a system called Noise. It co-stars Mads Mikkelsen, Nick Jonas, Kurt Sutter, David Oyelowo and Demian Bichir

They just started filming, but Ridley excitedly posted the first photo from the movie on her official Facebook page, which shows her with Holland and her new blonde hair!

Chaos Walking looks like it will be another one of Liman’s bigger movies after American Made and The Wall earlier this year, and it will be released by Lionsgate on March 1, 2019.