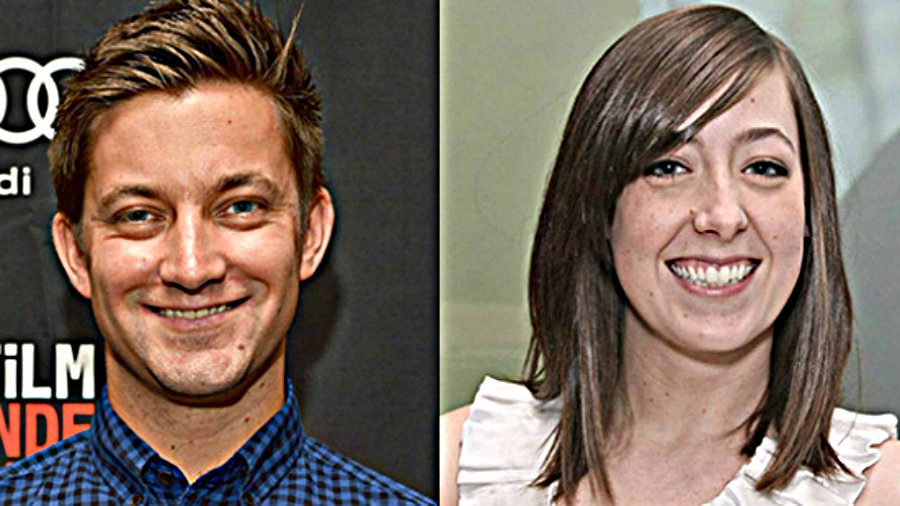 When Saturday Night Live co-head writers Chris Kelly and Sarah Schneider left the show last month after six years, it was thought maybe their Comedy Central pilot for The Other Two had been picked up to series. Sure enough, Comedy Central announced today that The Other Two is one of two pilots they’ll be taking to series. The other one is South Side from former Late Night with Jimmy Fallon writers and performers Diallo Riddle & Bashir Salahuddin along with Bashir’s brother Sultan Salahuddin.

The Other Two is created, written by and exec. produced by Kelly and Schneider with Lorne Michaels acting as exec. producer. It stars Drew Tarver as a 29-year-old aspiring actor, wondering if he can get better auditions, and Heléne Yorke (Masters of Sex) as his older sister Brooke, a former child dancer, who also hopes for more in life. As they deal with these goals, they have to deal with the sudden internet fame of their 12-year-old brother Chase, played by Case Walker. Molly Shannon will play the siblings’ Hollywood-ready mother, reuniting with Kelly after he directed her in Other People, a movie for which she won an Independent Spirit Award. Ken Marino (Wet Hot American Summer) plays Chase’s new manager.

Kelly will direct a number of episodes of The Other Two after directing the pilot, and others involved with the new show include Andrew Singer from Broadway Video as EP and Broadway Video’s Hilary Marx acting as co-executive producer with Kaylani Esparza as co-producer. Tony Hernandez of Jax Media is also an EP.

As co-head writers of SNL, Kelly and Schneider left at the top of their game with the most viewed season in 23 years, the show winning nine Emmys last month. Repped by WME and 3 Arts Entertainment, Kelly has also written for Comedy Central’s Broad City, and he received Independent Spirit nominations for best first feature and screenplay for the aforementioned feature comedy Other People. Schnedier is with UTA and has written for Aziz Ansari’s Netflix show Master of None, and was a writer and actress for College Humor before going to SNL.

South Side — that’s only the show’s working title — is written by  Bashir Salahuddin (Glow) and his brother Sultan Salahuddin, who were raised on the south side of Chicago. Diallo Riddle (Marlon) will also write the show, which will be exec. produced by Diallo, Bashire and Michael Blieden (also from Late Night with Jimmy Fallon). Blieden directed the pilot and is expected to direct other episodes of the series.

Their scripted series is an ensemble workplace comedy set in a rent-to-own store in a working class are of Englewood, Chicago, centering around two life-long friends trying to better their lives despite the obstacles they face.  Muhch of the cast will come from the local Chicago talent pool to further the authenticity they’re going for.

Riddle and Bashir Salahuddin previously wrote for Comedy Central’s Chocolate News With David Alan Grier, as well as an Atlanta comedy pilot for HBO, which was exec. produced by Lorne Michaels.

Salahuddin and Riddle are repped by CAA and Morris Yorn Barnes.