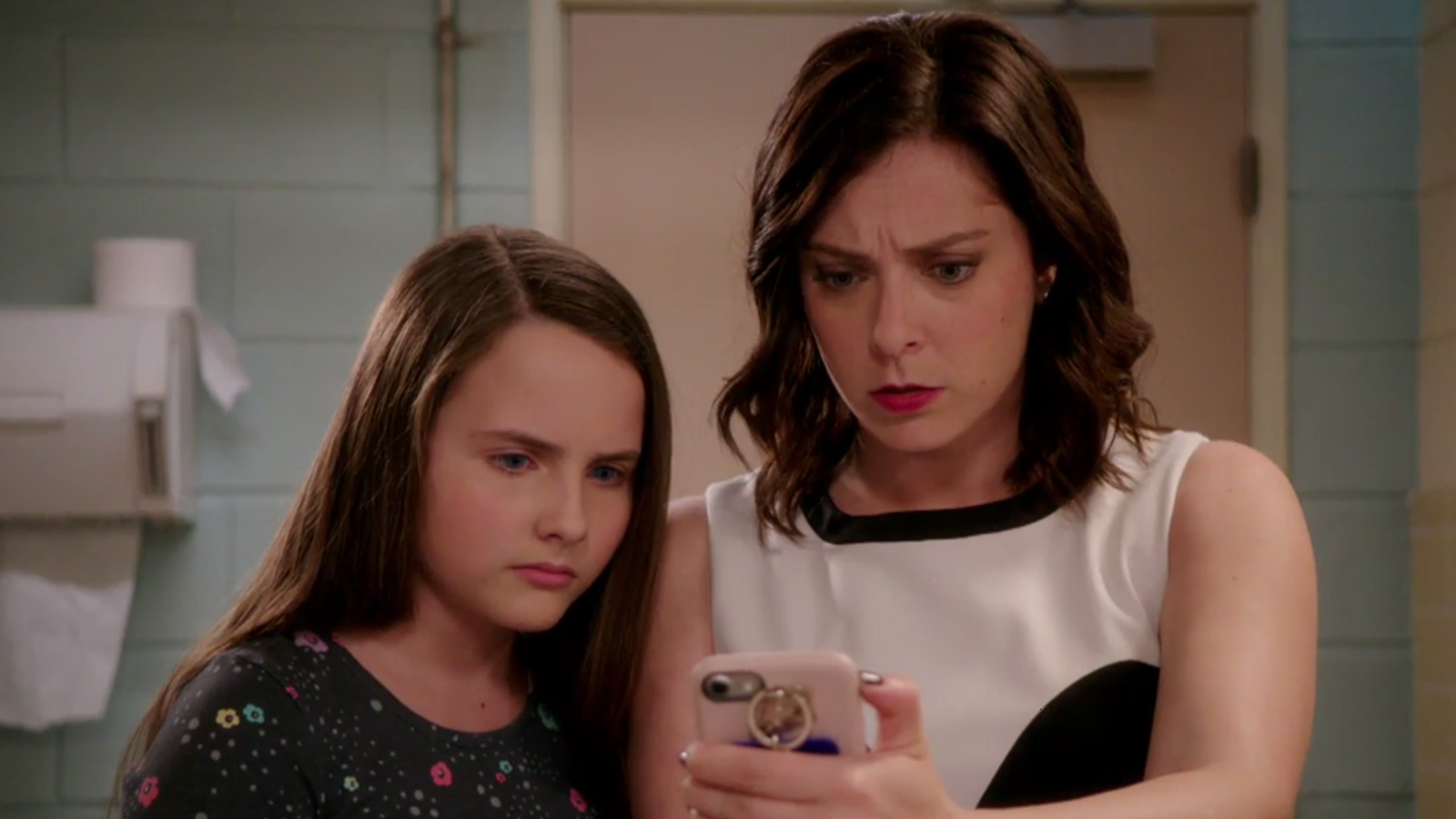 This week’s Crazy Ex-Girlfriend, “Josh is a Liar,” is light on songs but full of mental problems and big realizations.

Rebecca spends the majority of this episode going back and forth with her inner child who is “a manifestation of her anxiety.” The little kid version of herself telling her that she has no friends, has to manipulate people, and that she’s ruined her life is painfully accurate. It’s that nasty inner voice made manifest. The two bits with her inner child that I liked most were at the end when she was stuffing all of Rebecca’s clothes in a bag to stage a desperate getaway and at Home Base when they were watching Josh’s life fall apart. It’s to Rebecca’s credit that while the neurotic part of her was happy to see Josh be destroyed, she herself felt terribly about it and regretted doing it. Josh is dumb, but he’s sweet and he doesn’t deserve to have his life ruined because one really smart woman who was supposed to be his friend couldn’t deal with her mental problems. 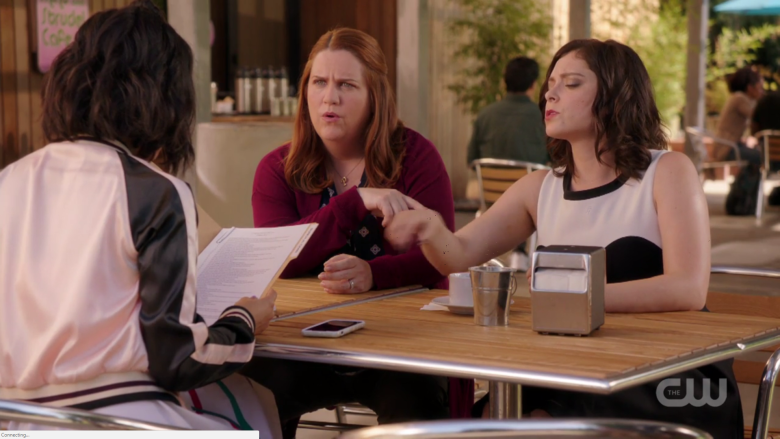 Rebecca is also generally a terrible person in this episode. She tells Paula that the case they’re putting together against Josh is amateurish which makes Paula feel terrible rather than telling Paula the truth. Then she backtracks with Paula and makes up a ton of lies about Josh that she gets published which turns everyone against him. She alternately ignores Heather and gives her terrible callous advice. She does the same to Nathaniel who, poor dear, is figuring out that he might actually have a heart after all. Rebecca has always treated people poorly, especially when she’s wrapped up in her own mess, but now that her secrets are coming out she’s treating everyone poorly all at once. The best part is that someone always calls her out on it.. I’m also so glad that the packet Trent gave Josh in the finale of last season came back into play! While we basically knew Rebecca’s past it definitely seems harsher when it’s laid out in criminal charges and court orders that all of her friends can see. Let me tell you from experience: it’s great to be able to start over somewhere fresh after something crazy like that goes down but also you kind of have to be working on the underlying problems or it will follow you across the country. Rebecca is finding that out. 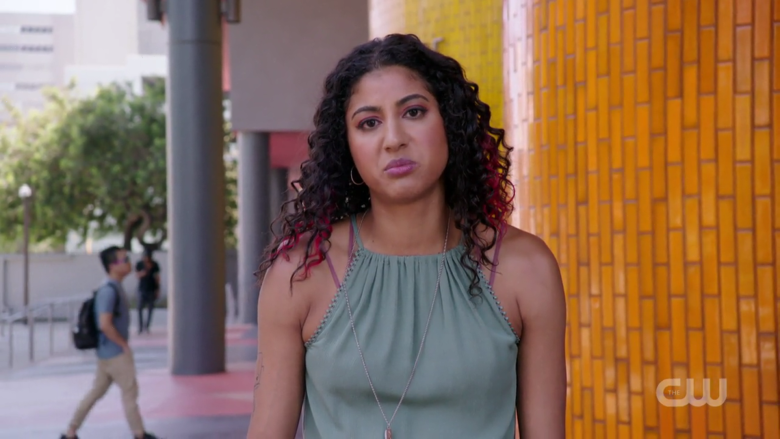 I definitely feel like we’ve been spoiled children so far this season with all the great songs we’ve been getting. Here there were only two and I felt like whining because two is not enough! They were characteristically great, however, so I can’t complain. Forcing Heather to graduate from college because she’s taken literally every course is a great way to move her character forward independent of Rebecca and her drama. Heather’s completely apathetic delivery of her inspirational musical number was also spot on. Even in the midst of her own life crisis, Heather refuses to let Rebecca run out on her problems which is what she always does.

Nathaniel’s zoo song would seem bizarre and out of place except going to the zoo is exactly one of my own coping mechanisms so instead I’m searching my bedroom for bugs and my phone for surveillance apps. How is this show always so uncannily spot-on with stuff like this? Nathaniel spends most of this episode getting terrible relationship advice from his flunky George and then finally has an “Oh My Good I Think I Like [Her]” moment. What I loved about that entire subplot was that George was giving him traditionally patriarchal tips about loving ‘em and leaving ‘em but, when Nathaniel realized he had a real crush on Rebecca, George switched immediately to “well, tell her how you feel.” Rebecca, of course, is too frantic to deal with anyone’s feelings but her own when he goes to tell her but he fantastically gets a fairy tale white knight moment before everything hits the fan. I quite like Nathaniel and everything this show is doing with his character. 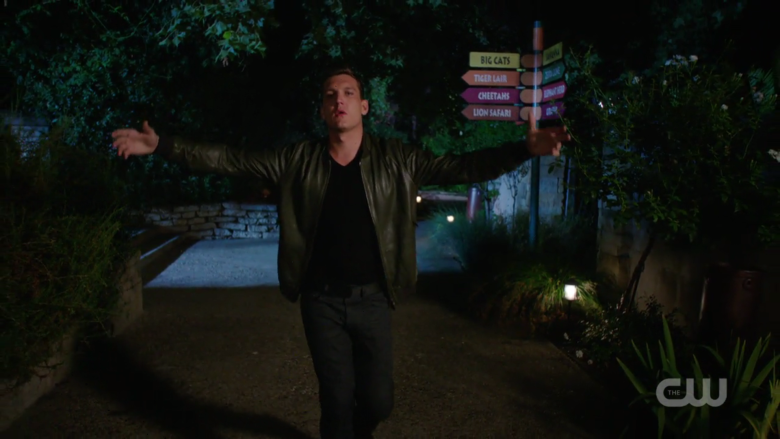 As ever, this show is hilarious, self-aware, and too real all at once. I’ve still never seen a more sympathetic portrayal of mental illness. While it’s an enormous part of the story and the main driver behind almost all of Rebecca’s actions her mental health problems are also the source of the humor and unique style of the show. Rebecca is sometimes a terrible person but she always remains a sympathetic character.