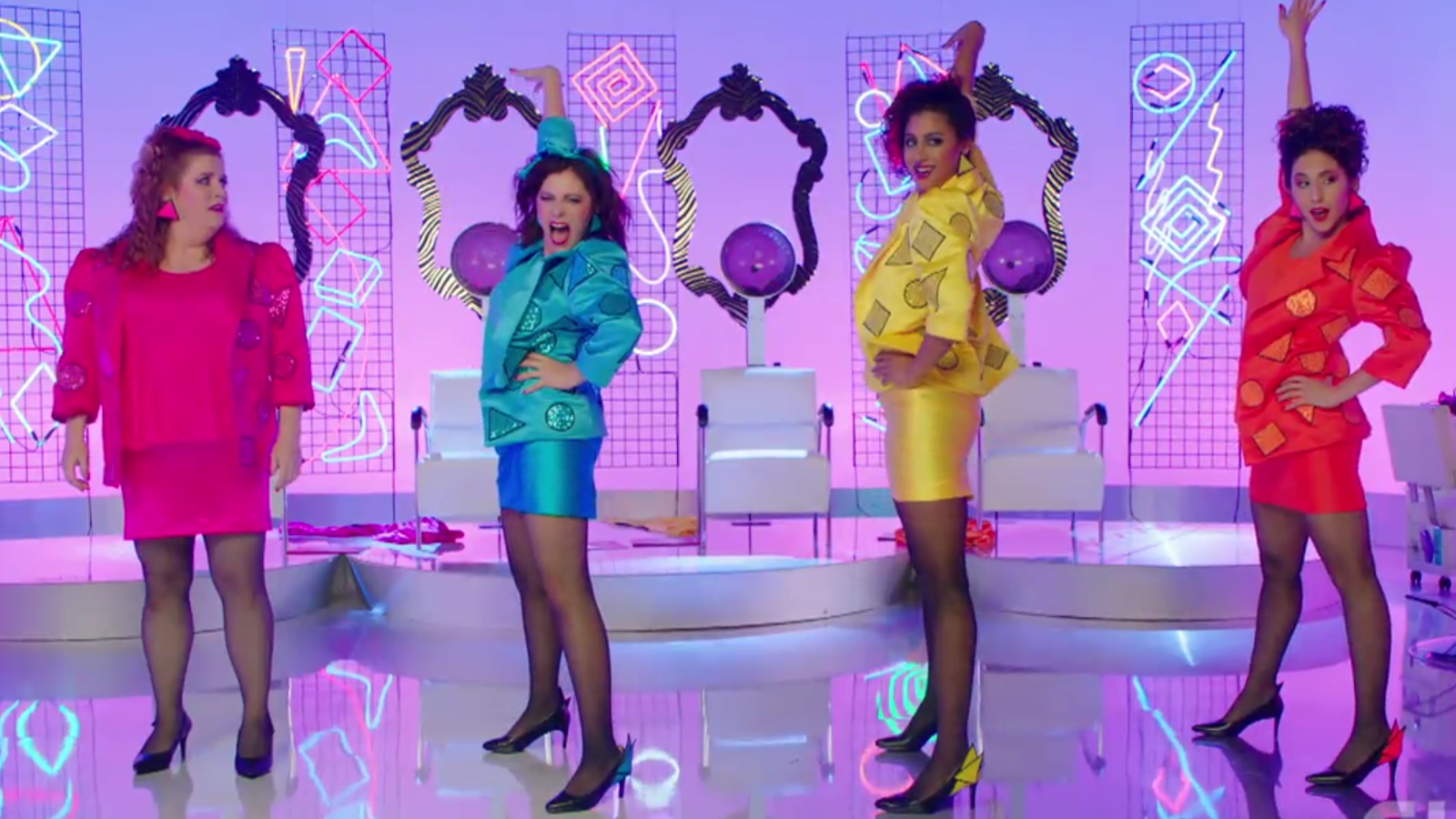 Most of this episode is taken up with Rebecca cycling through increasingly ridiculous plans for getting revenge on Josh for leaving her at the altar, including “poop cupcakes” and making a fake sex tape where “Josh” shouts “I HATE JESUS!” They’re like the ultimate toddler-with-PTSD ideas and are suitably over-the-top to provide a reason for this show’s typical shenanigans. Vincent Rodriguez III as the British Josh lookalike was a particularly nice touch, especially since Josh himself wasn’t in this episode at all. It’ll be interesting to see what Josh is up to and just how exactly Rebecca is going to deal with him, though honestly her outlandish plans are the thing I find the least interesting about this show. They’re hilarious and I love them but they’re mostly like a cautionary tale of how not to be. The irony, of course, being that the way Rebecca behaves is what’s normalized in our society by popular culture etc. I’m also bemused by how it took so long for two lawyers to figure out that the way they can get back at someone is to sue them. It’s like, think for two seconds, guys. Come on. 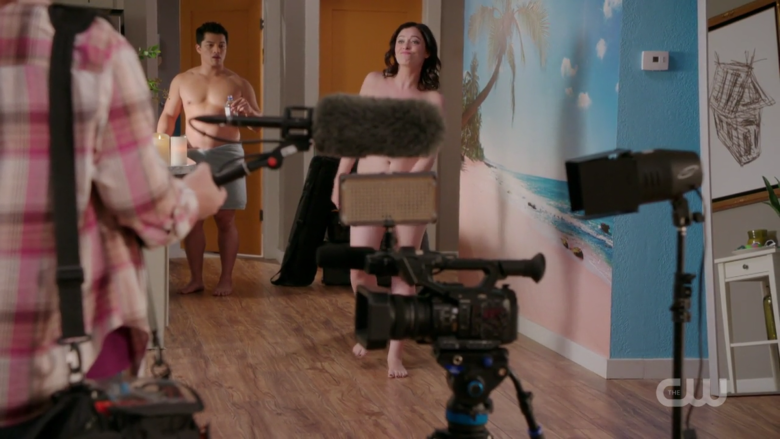 There are two relationships in particular in this episode that are a welcome and beautiful contrast to Rebecca’s nonsense: Scott and Paula, and White Josh and Darryl. Scott and Paula are still working on repairing their relationship after he cheated on her while White Josh and Darryl are fighting about having a baby. Paula’s rules are all bemusingly authoritarian but what’s precious is that Scott is 100% fine with things like signing in after work and taking multiple lie detector tests to get back in her good graces. It’s nice to see a couple actually working through their troubles as a source of character development rather than just having troubles as a source of drama. I also like that Paula is on such good terms with Heather and Valencia now that she’s discussing her sexual problems with them and they all eventually bond over alcohol and man-hating. White Josh and Darryl have a similar narrative setup in this episode to Scott and Paula: Josh is upset by how Darryl takes everything and runs with it while Darryl is upset that Josh is upset. They agree to go see a therapist (Dr. Akopian’s husband, which was a great little joke), and yet once they get to the therapist they work out their problems immediately by just talking without the therapist even having to do anything.

Nathaniel has somehow become my favorite thing. I adore how they’ve made a huge jerk into such a sympathetic character. He’s been sympathetic from the beginning, especially once it was made clear that he’s only a jerk because he’s trying to please his overbearing and unpleasable father. That said, his attraction to Rebecca has blossomed into blatantly obvious crush and it’s much cuter than I anticipated. I am notoriously difficult to snag when it comes to romances in fiction but they got me on this one. Nathaniel keeps trying to take care of Rebecca while she’s in pain, but she’s so single-mindedly focused on a inhabiting her femme fatale role that she’s just dismissing him out of hand. Don’t get me wrong: Rebecca being nuts and doing elaborate, crazy things is where all the fun comes from in this show, but I genuinely hope that at some point she gets to grow up and figure out how to be a person. I trust that she will, just because this creative team seems very aware of what they are doing and how they are doing it. Rebecca may not be self-aware but the show itself definitely is. 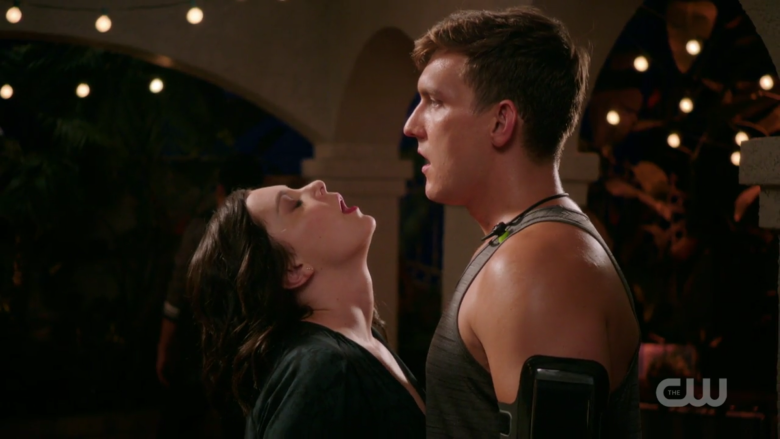 The songs, as ever, are on point. First is the entire ensemble in a fairytale song asking where Rebecca is. It’s like the perfect amalgamation of every provincial Disney song I can think of with Crazy Ex-Girlfriend flourishes like Nathaniel being an aristocrat and George getting fired again. The second song of the episode is an ‘80s misandrist pop anthem that both beautiful hates on men and at the same time calls out how ridiculous it is to “generalize about men.” It’s pretty, well-choreographed, catchy, and hilarious like all the best parts of this show.

An enormous element of the humor of this series is that it just states outright what’s usually left as unexamined subtext in most shows. Even the thesis of the thing is that our culture tells us that romantic love will solve all of our problems and Crazy Ex-Girlfriend sets out to deconstruct that notion. As a crazy nerd myself, I appreciate every shred of effort and detail that goes into this series. Nothing else treats mental illness with both the level of respect and irreverence that this show does and it balances it all in a quirky, wonderful, helpful package. I’m so glad that it’s back!