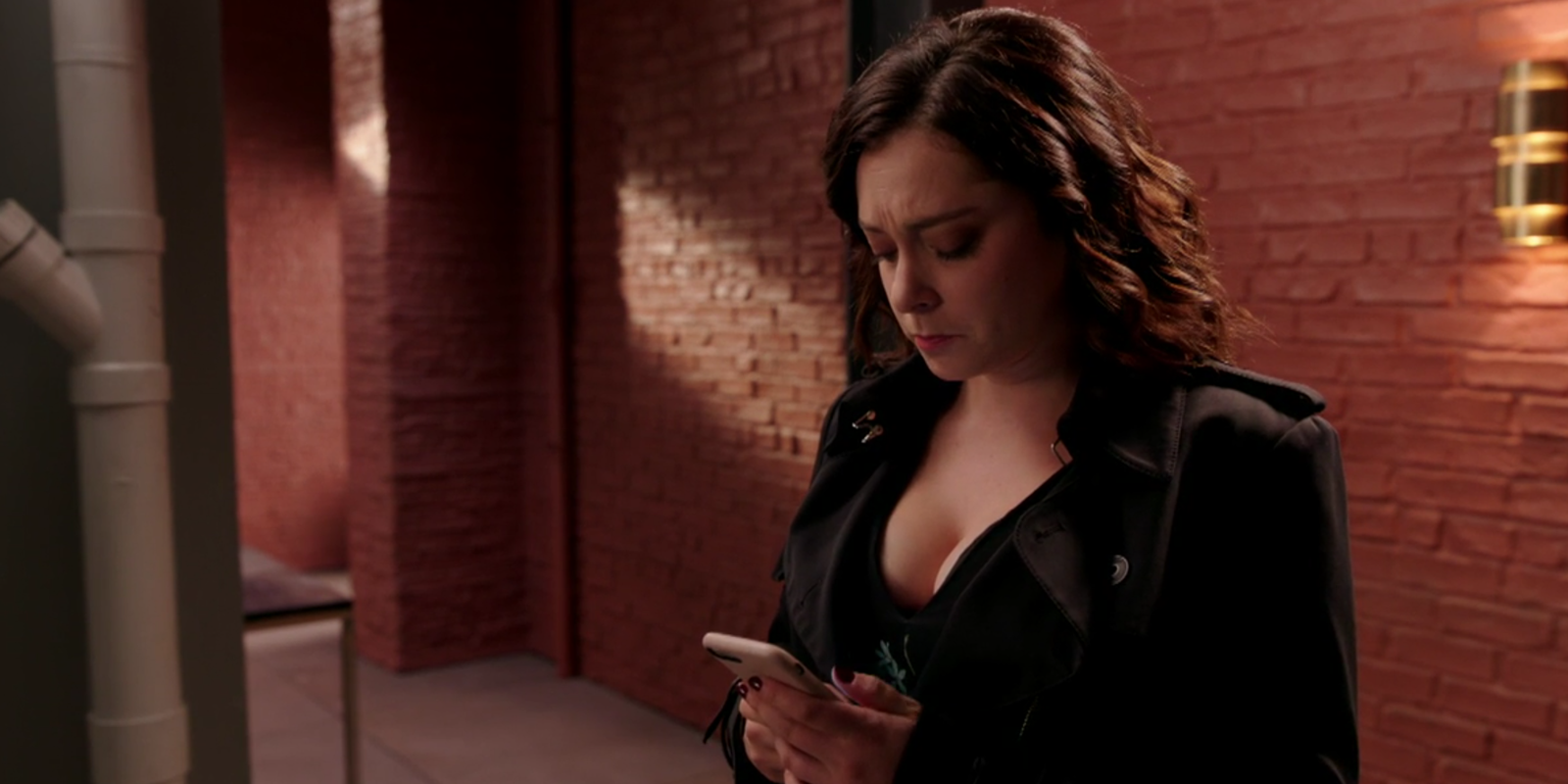 At this point, Crazy Ex-Girlfriend is too personal for me to actually talk about but I’ll do my best. “Nathaniel and I Are Just Friends!” continues the long tradition this series has of melding cute, poignant, funny, and heartbreaking moments all into the same excellent package. How this show continues to portray things that are so close to my own damaged pieces without making me angry or sending me into a spiral is still beyond me but–as always–it’s a fantastic representation of mental illness and the hard work that goes in to trying to change.

There’s a little bit of setup at the beginning of this episode but most of it takes place after an eight-month time skip. I found the jump jarring at first but I think mostly because I’m so used to time travel stories which use time skips much differently. This was actually a real jump forward in the narrative and did an excellent job of showing both how much had changed and how much hadn’t in eight months. Heather and Valencia benefited the most from the skip in terms of growth with Valencia’s business taking off and Heather almost at the end of her surrogate pregnancy. Valencia with a girlfriend was so much more than I ever dreamed this show would give me but it’s absolutely perfect. The two of them seem to be in the event planning business together and the woman actually thinks Valencia–who once declared she “didn’t get humor”–is funny. Even in the like two minutes we’ve seen them together their interactions are on a much more equal footing than the ones Valencia used to have with Josh. I’m proud of how much Valencia has grown since we first met her. She’s gone from a self-absorbed woman with an extreme case of internalized misogyny to an independent, powerful person who is making her own path through the world. Valencia is part of the “demythologize harmful romance tropes” agenda of this show in that she’s the quintessential “other woman” but they’re allowing her to be as fully realized a character as our heroine. 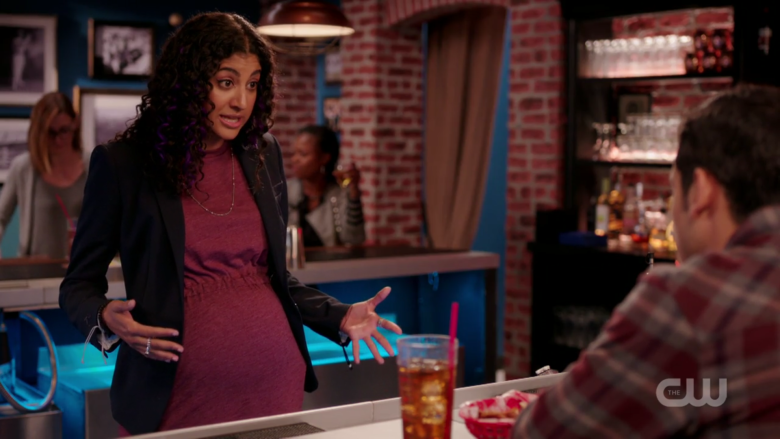 The most fun thing about the jump is obviously super-pregnant Heather. It can be hard to advance a story that involves a baby without seeming to drag it out forever because narrative time and real-life time do not exist on the same continuum. That was a good way to move things forward without bogging down in a repetition of the same issues yet everyone’s plotlines carried over. We’re just seeing them on a far less incremental scale than usual. Heather’s frantic anger at being used as a vessel for the “alien” inside of her is brilliant and attacks the romanticized notion of motherhood. Sure, it’s not her baby, but there’s still a cultural narrative about pregnancy that ignores the bizarre and unpleasant aspects and shames women for complaining. Heather is still Heather but she’s under extreme duress and is free to gripe all she wants without being judged as a terrible mother. I also really liked Hector still beside her, supporting her, and in love with her even while she’s going through such an insane ordeal that he didn’t sign up for. Heather and Hector are sweet and I like how Hector’s relationship with Heather has pulled him closer to center stage in the story instead of leaving him as just Josh’s weird friend.

Paula gets a piece of the story as well as she has to deal with losing her friend Sunil to “the office idiots.” Paula ends up having to confront how cruel she is to everyone in the office, especially the people who work under her, and I loved her willingness to accept that perhaps she was the one who needed to change. She hired Sunil to be her ally against Jim, Tim, and Maya but he fell in with them instead after being subjected to Paula’s ruthless scorn and bullying over his work. Paula coming to terms with her behavior, listening to Sunil when he tells her in what ways she’s being unreasonable, and then actually changing is a pleasant development for her character and I think spreading that conflict out over eight months (that we don’t see) makes it work even better.

The one thing that hasn’t really changed in all the time that we skipped is that Rebecca and Nathaniel are still constantly having sex everywhere they can find a small space with a door that closes. Rebecca has gone from defining her whole life through romantic relationships and seeking validation through them at all cost and swung to the completely opposite pole. Now she’s terrified of love because she knows how poorly she’s reacted to disappointment in the past. Rebecca refusing to allow genuine love and caring into her life is heartbreaking and the part of this episode that hit way too close to home for me. Frankly, I’m grateful that my therapist also watches this show. I’m like 95% sure she sings something like that jazzy number of Dr. Akopian’s when she gets up in the morning. 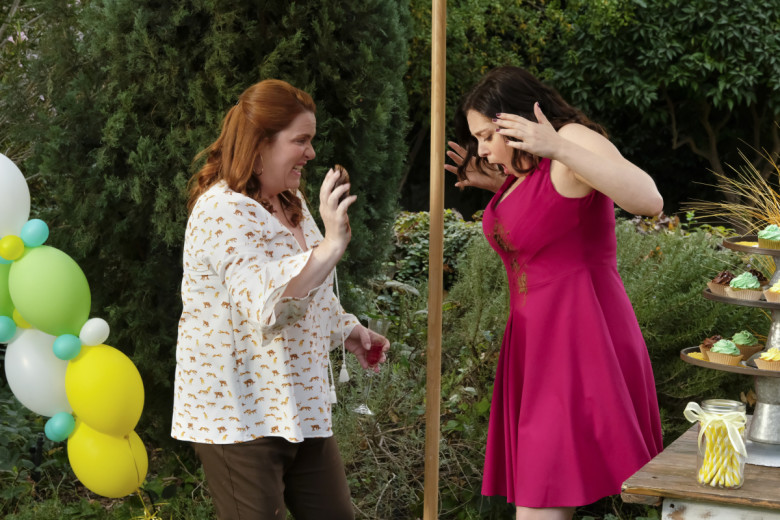 I’m particularly fond of how delicately they’ve written Nathaniel and Rebecca’s relationship. Nathaniel was a jerk who changed because of his association with her and is now constantly and clearly in love with her. For her part, Rebecca likes him just as much but the conflict is coming from within her rather than being artificially enforced from the outside just for the sake of drama. Both parties are consensual, willing, self-aware participants in the love affair and that’s a large part of what makes it both so sweet and so touching. Most shows would either leave Nathaniel to pine after the girl as a prize who is oblivious to him or have Rebecca seeking complete validation through her relationships. Crazy Ex-Girlfriend is constructed precisely to destroy those tropes and has already actually done them only to demonstrate how destructive they are. This show is the antidote for a lot of the things that I find poisonous about pop culture and I find it soothing to watch.

All in all, this show continues to be excellent as ever even when it’s tackling subjects that would usually be huge triggers for me. This gets no complaints, lots of laughs, and some tears from me which is business as usual when it comes to Crazy Ex-Girlfriend.