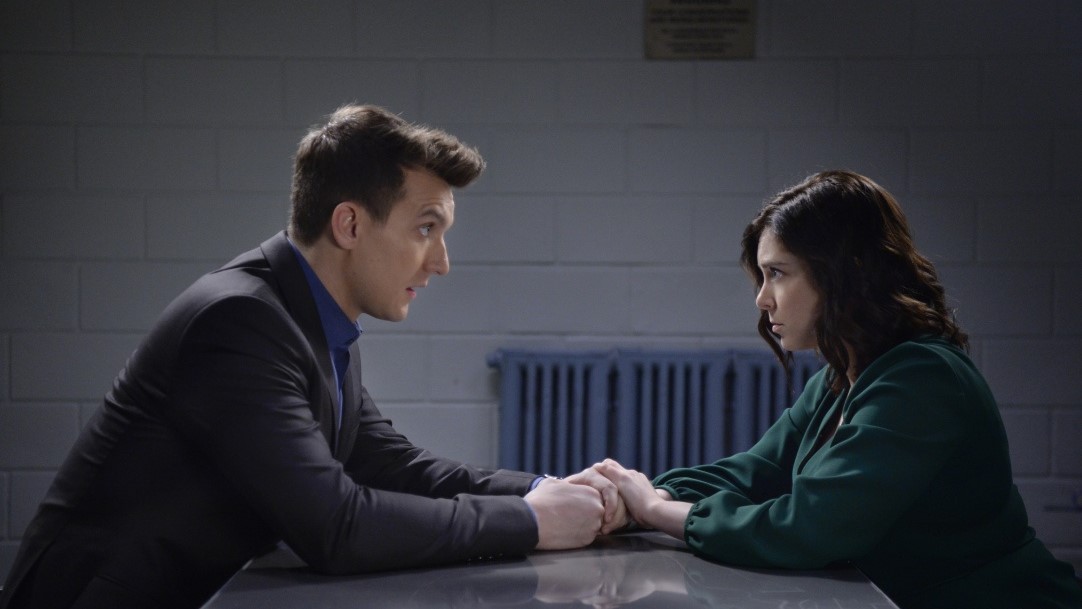 “Nathaniel is Irrelevant” ends Crazy Ex-Girlfriend’s third season with a good balance of darkness and light, with Rebecca coming to terms with the consequences of a lifetime of harmful behavior while Darryl and Heather go through the labor process together to welcome his new daughter.

I’m genuinely impressed by how Trent went from funny running joke to actually terrifying so quickly. Rebecca earnestly trying to change her behavior also means that the context of Trent’s actions has completely changed. Where it used to be funny that he was like Rebecca’s male clone and she was completely oblivious to it, now she has nightmares that she’s just like him and will never be free of that kind of crazy. Trent has become the manifestation of her Borderline Personality Disorder which is actually a really savvy narrative tool. The stuff with Trent is still funny but the humor has a serious edge to it now. One thing that helps build that uneasiness and tension is that we know what Rebecca is capable of in the same situations because we’ve seen her in them. Hence, we have an idea of what Trent is capable of and, with the tables turned on our protagonist, it becomes truly scary rather than quirky or silly. It’s a nice way to call out gendered double standards in “romantic” behavior, as well as emphasize that mistreating people is in no way a form of affection. Trent was just that hilarious reference that kept coming up, originally a sort of one-off commentary on Rebecca’s own actions. Now he’s trying to blackmail Rebecca into being with him, threatening to murder the guy she loves, and is legit the reason she’s going to jail. That’s a great and completely believable twist from light to serious that this series has executed with aplomb. 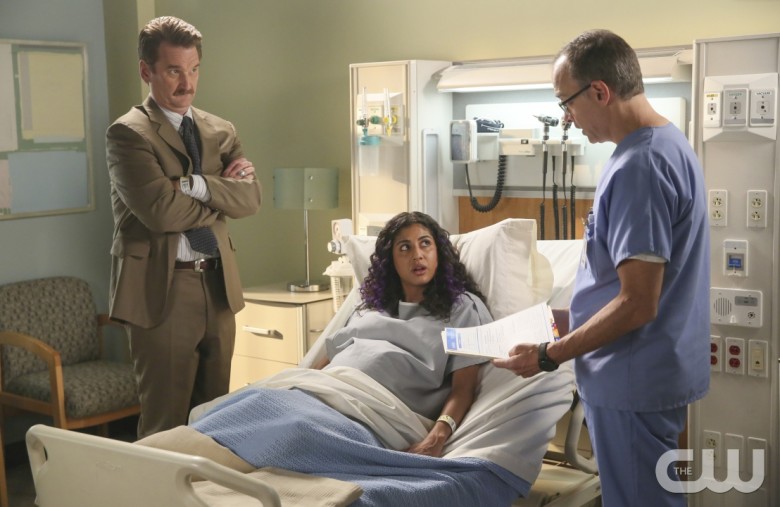 The title of this episode is “Nathaniel is Irrelevant” which, were it to mirror “Josh is Irrelevant,” would involve Rebecca completely dismissing her affection for Nathaniel and redirecting her energy onto something else. Instead, “Nathaniel is Irrelevant” because, in the end, she realizes that she needs to take responsibility for her actions and that means that facing the consequences for her behavior is more important than her relationship with Nathaniel. I adore the fact that Rebecca tried so hard to be a big person and let Nathaniel go. I love it even more that Nathaniel broke up with Mona (complete with the melody of “Settle for Me” playing behind shots of her) because he realized that he loved Rebecca. Their relationship is one where they’re both on equal footing and constantly challenge each other. They accept each other’s flaws rather than trying to force each other into some idealistic mold. That is: they’re actually pretty healthy for each other as opposed to every other relationship we’ve seen Rebecca in.

Nathaniel and Rebecca’s, um, “love” song—”Nothing Is Ever Anyone’s Fault”—helps demonstrate the two ways you can approach revelations about your traumatic past. Either you can throw up your hands and decide there’s nothing you can do about how awful you are (as this entire song suggests) or, like Rebecca, you can understand that you need to change and the only person who can change you is yourself. Their love duet is also a great shoutout to Rebecca’s desire for “One Indescribable Instant” in Disney Princess-style. She had her instant, but it was punctuated by both of them absolving themselves of the terrible things that they’ve done to people. Also, singing about how John Wayne Gacy and Hitler aren’t responsible for their behavior definitely cuts the sap-factor out of the grand love song and the juxtaposition of style and content is what creates most of the song’s humor. The whole situation also satisfies me because, of all the relationships Rebecca’s been in, I like what she has with Nathaniel the most. I’d love them to be together, but I like it even more that Rebecca is actually confronting her issues rather than hiding in them. 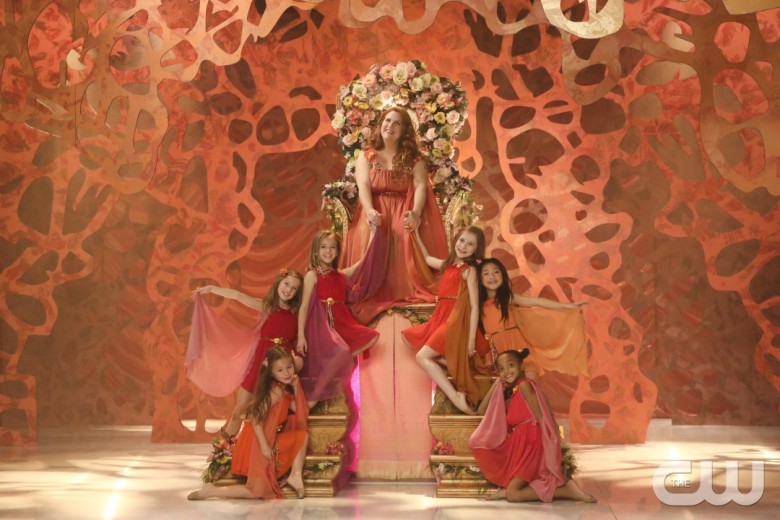 The non-Rebecca half of the story is Heather going into labor which I felt was really well handled. The baby isn’t actually Heather’s so she can be disgusted by birth, freaked out by pregnancy and labor, and more concerned with her own body and comfort than some “ideal” of motherhood without being judged or labeled a horrible mother. Paula’s graphic, hilarious song about birth just underscores that point, and demystifies the “miracle” of birth by baldly outlining how terrible and creepy the entire experience is. I like the way the whole baby storyline is written, honestly, from Darryl being the sweetest dad on Earth, to Rebecca’s comment that “that thing has my DNA in it, so good luck.” There’s no sentimentality in the process, no artificial emotional attachments to create drama, and the kid is obviously going to be loved because her dad is Darryl. I also like that he’s a single dad and only could have the baby that he wanted through the help, love, and generosity of his friends. Talk about taking swipes are normativity! Crazy Ex-Girlfriend continues to prove that the myths we’re told about love, romance, and family are all complete bunk and I love that about this show.

One final thing of note: the number of song titles, references, and callbacks that this episode managed to cram into its runtime is truly astounding. Everything from “Group Hang” and “Having a Few People Over” to “You Stupid Bitch” and “After Everything I’ve Done for You That You Didn’t Ask For” made it into random bits of dialogue. The whole episode was full of previous jokes returning in more serious contexts and it nicely punctuated how everything in Rebecca’s life was cascading into worse and worse consequences. It kept things light and smart even while what was actually happening was pretty scary and serious.

Fingers crossed they renew this lovely show so that we get to see Rebecca actually dealing with her issues. Rebecca arrested for attempted second degree murder of her stalker would be a terrible note to end this whole thing on! As it is, this show continues to be top-notch from beginning to end and this episode is no exception.