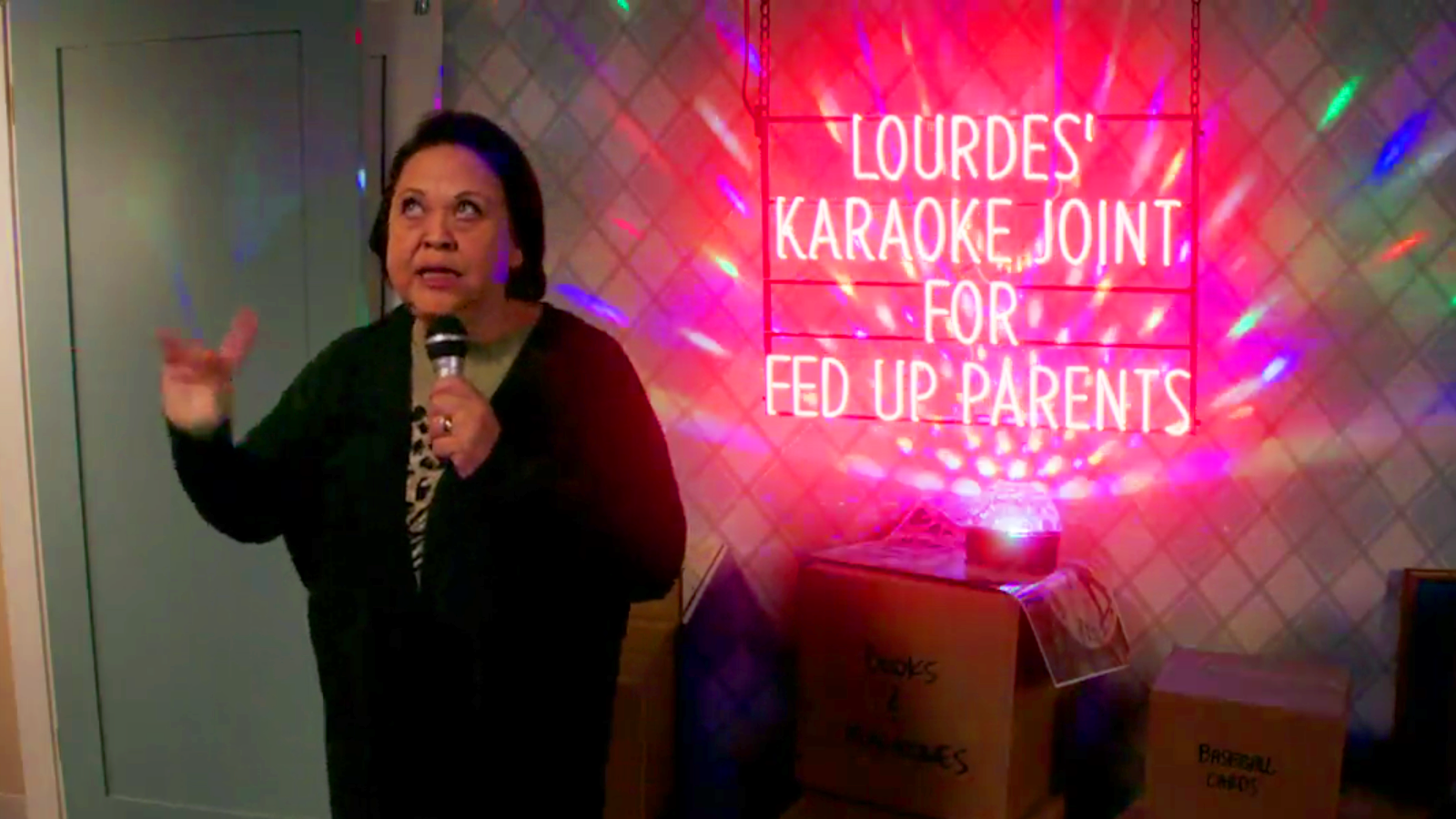 Rebecca decides that “Nathaniel Needs My Help!” in the return of Crazy Ex-Girlfriend. The episode is largely individual friend units working together to figure out some personal problems. Most everyone matures, improves, or learns something about themselves and they all takes steps towards learning how to change. This one is easy to talk about because the narrative was split so evenly between three different stories.

Rebecca’s story is largely her trying to deal with how strong her feelings are. With Borderline Personality Disorder, it’s not just her feelings about certain people that would be extreme, but all of them. That’s how she ends up doing completely insane things seemingly in the name of love. She tries to recreate an idealized notion of love and devotion without understanding that she’s doing it. This episode demonstrated that very well, and I love the constant refrain in this show of the “glitter exploding inside of me” metaphor to describe that desire. Here, she decided that she was going to somehow get Nathaniel’s emotionally frozen father to love him. If she could see how wonderful Nathaniel was then obviously she could make his own father see it, right? From the beginning, this plan is a disaster, but she ends up misinterpreting his father’s interactions with a former employee to suggest that she is his mistress. Rebecca seriously screws up, but Nathaniel ultimately forgives her and tries to help her move on. He understands that she’s working on herself and I love how generous and sweet he’s become before our eyes. Brief tangent: I am slightly confused about the logistics of how Rebecca’s therapy works. If she no longer has a job at Darryl/Nathaniel’s law practice then how does she have health insurance? How is she paying for these therapy sessions? What magical world does she live in where that’s affordable without a job that has benefits? 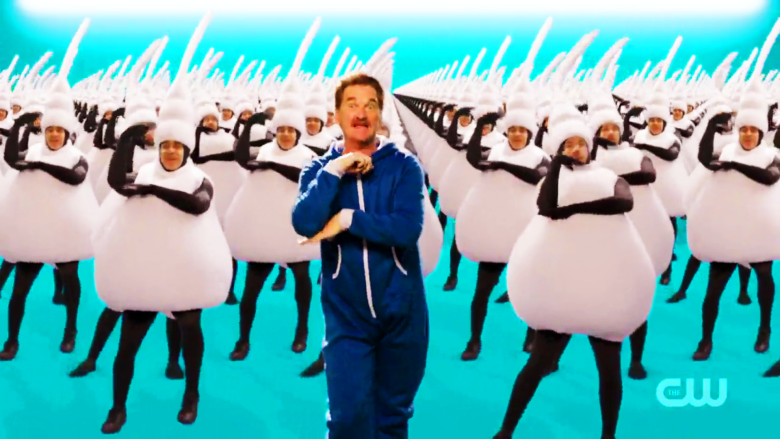 Darryl’s storyline in this episode is that he’s decided to have a baby on his own. He’s looking for egg donors when Paula comes in to help him. The woman that Paula chooses had decided she doesn’t want to donate her eggs anymore and Paula slips back into her old habits to stalk to woman and “convince” her to let Darryl use her egg. I thought that this whole plotline was both adorable in terms of Darryl and Paula’s friendship and that it further underscored how Paula really needs to work on how she “helps” people. She calls it “meddling in people’s lives” but it’s more like an overdeveloped impulse to try to control the universe which constantly veers into abusive territory. She knows she shouldn’t stalk people but she does it anyway, and in this case she ended up giving a terrible person some blackmail material to use against her. I like that Paula learns (again!) that she can’t treat people like pawns, but Darryl also still wants her in his parenting endeavor even after she believes she ruined his life. Is it just me or are the songs in this show getting weirder, wilder, and pushing the limits as far as they’ll go? Last time we had “The First Penis I Saw” with suggestive vegetables and lyrics. This time we have Darryl’s fairly explicit song about his sperm being healthy, complete with backup dancers in sperm costumes. I love how ridiculous and extreme these songs are. Added bonus: they suck my roommate in from across our apartment every week.

The last part of this episode is Josh packing up his things to move out of his mom’s house. I am so proud of Josh for finding a little bit of maturity! He goes to Rebecca in the end not to apologize or to accuse her of anything but the thank her for broadening his horizons and opening up the world before him. Sure, it’s hard to grow up and figure out who you are and what you want to do with your life, but he realizes that he’s grateful that she jolted him out of his limited existence. Josh has been such a self-involved dum-dum from the very beginning that it’s heartening to see that he, too, is changing and it’s not just Rebecca who is on a journey of self-discovery. Josh sorely needed some maturity and I’m glad this series hasn’t forgotten about him. He gets to grow up a little too. Also, his mother’s rendition of “Get Your Ass Out of My House” was amazing. When Josh pulled out the karaoke machine I thought for sure he was going to start singing something. That the Crazy Ex-style song was performed by his mother was the first thing that was great. The best part was how much of a crux the song was for Josh as a character. It’s the moment where he’s forced to change and I always like the songs best when they’re used for a narrative purpose. 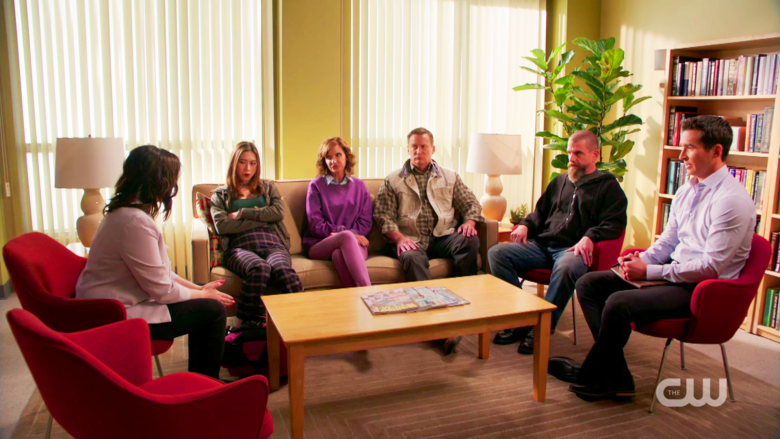 As ever, Crazy Ex-Girlfriend is great in everything from its aesthetics, to its narrative structure, to the way that it sympathetically portrays mental illness. I don’t know what else there is to say except that this show always knocks it out of the park every single week and this episode is no exception.