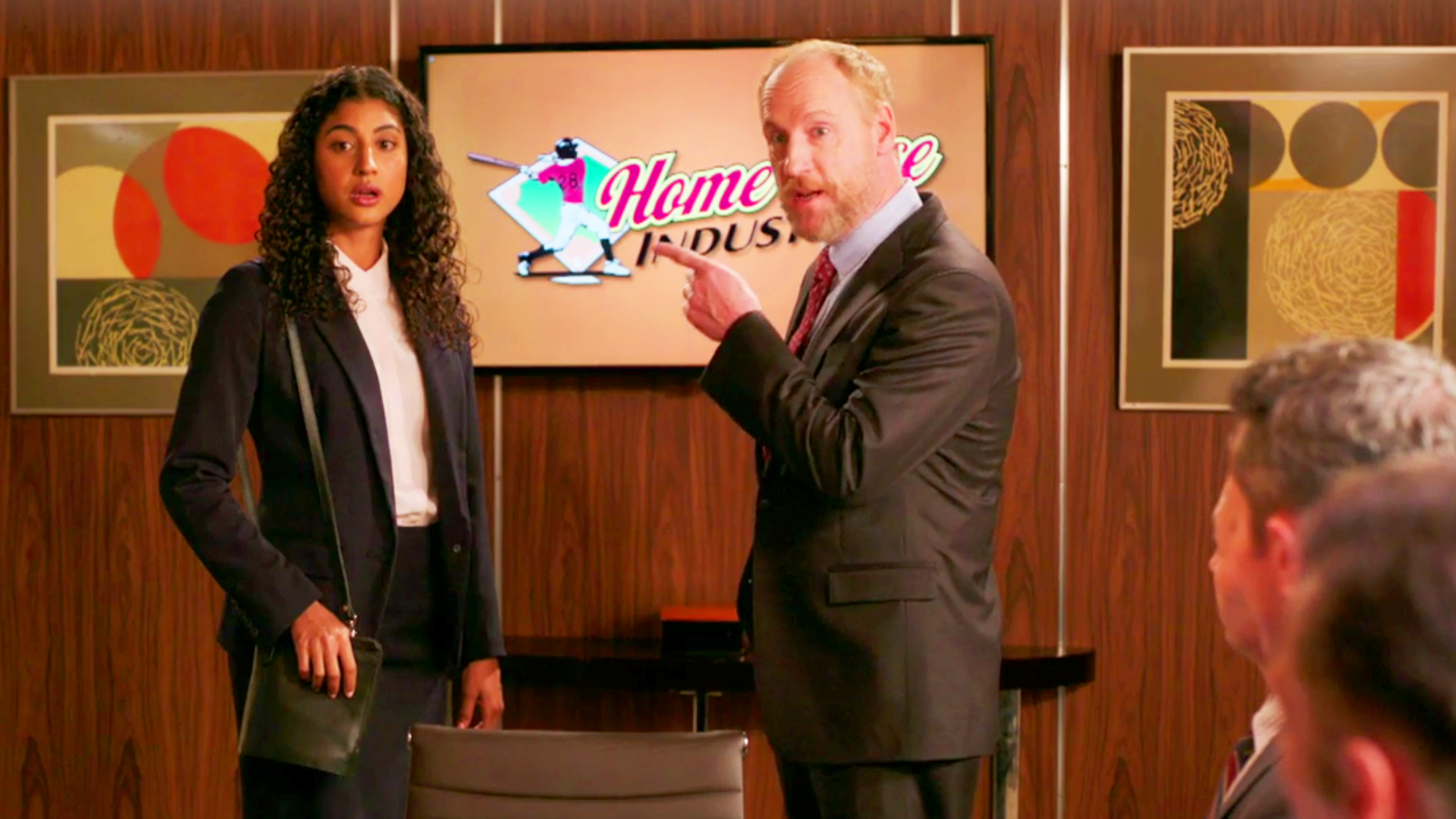 Crazy Ex-Girlfriend’s “Oh Nathaniel, It’s On!” is an excellent example of this show’s narrative strengths, both in individual episodes and throughout the entire run of the series. There’s a lot going on in this episode, first because so much stuff that’s already happened in the story has carried over into this one. At the same time, this episode beautifully combines all of that with its own plot business. Rebecca and Heather are the main agents here with Rebecca running through a crazy plan to take the law firm back from Nathaniel while Heather is sent to an executive training program for Home Base. Hilarity ensues in both cases as one would expect. In less sensitive hands this episode could have been a disaster. The premise of every plot thread is either low-key racism or hormones. There’s not a single sour note in the execution of this story.

Even though Rebecca’s plan to void Nathaniel’s ownership of the law firm is hatched out of a revenge and a hormone haze, I actually really like the outcome. The fact that Rebecca did it all while taking hormone shots so she could donate and egg to Darryl lets her behave in incredibly outlandish ways while still trying to stick to her therapy plan. That said, she doesn’t actually tell her therapist that she’s taking hormones for this. The hormone plot and the Nathaniel revenge plot are combined really well through the angry lawsuit and I love the “Horney Angry Tango.” What I liked best about the plot is that, in the end once Rebecca’s therapy buddy gives her the money to actually buy the shares of the law firm, it leaves Rebecca and Nathaniel as complete professional equals. Sure, they are squares off across their desks in the same office and having ill-advised makeup sex, but I love the way their relationship has grown and removing the employer-employee power dynamics from that makes it even better. 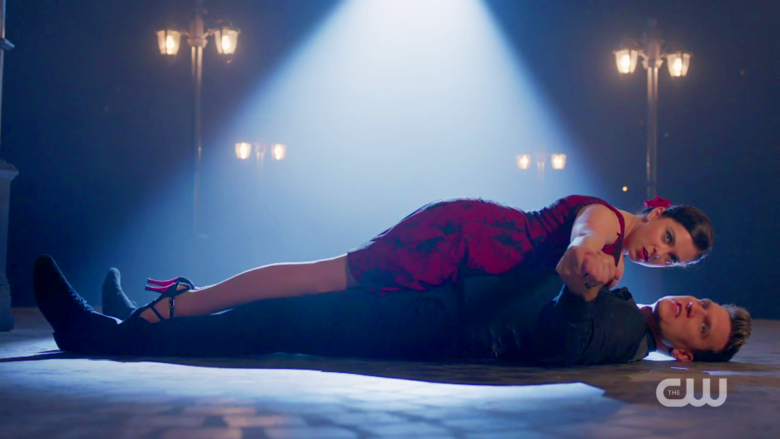 While Rebecca is busy being hopped up on estrogen and revenge, Heather is the only person at Home Base corporate who is even halfway sane. Heather’s exchange with her boss where he’s desperately trying to not sound racist which makes him come off as even more racist was pitch perfect and so funny. The upper corporate people at Home Base are portrayed, not as evil, but as excruciatingly boring and Heather’s common sense ideas come off as wildly innovative to them. Boring but extremely excited people are a perfect comedic foil for Heather’s apathy and I love the progression of her journey from having no direction in life to becoming the regional manager of three Home Base restaurants. I love that she found something that she actually likes doing and that she finds her job fulfilling. It’s nice because the job that she has is the kind that is usually portrayed as soul-sucking and awful but Heather enjoys it so much that she wants to make the entire chain better. She’s also so gung-ho about the direction her life is taking that she volunteers to be Darryl and Rebecca’s surrogate completely out of the blue. That’s a very Heather kind of decision. The entire baby plotline is being handled so well that even I don’t have any problems with it and I am extremely finicky about fictional stories involving children. They all got embroiled in this baby scheme really fast but it’s so respectful and understanding that I’m cool with it all.

I also appreciate both how this episode focused mostly on Heather and Rebecca but included everyone else and also how it pulled back in so many little things from previous episodes. The small callbacks are part of what make this show so fun and hilarious because it is serialized but not as heavily as some of the genre shows. You can come into episodes of Crazy Ex-Girlfriend with just a basic overview of what happened before and still be amused but the escalating inside jokes make it that much more enjoyable. Plus, it’s nice how this show transitions so easily between the stories focused on different characters while never losing the main plot or being dismissive of any of the other folks in the cast. Sometimes even Rebecca isn’t the center of attention and yet the episode will still be relevant and heartfelt while it moves some part of the plot forward. This show is always a treat to watch. 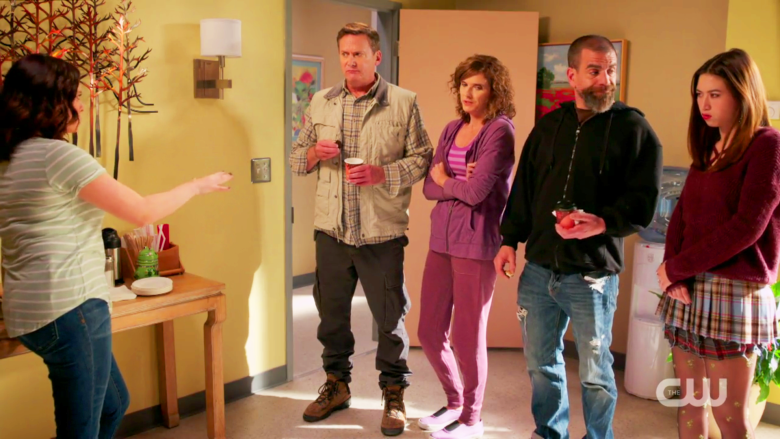 Crazy Ex-Girlfriend continues to be as wonderful as ever, with nuanced storylines and plenty of room for every character to experience personal growth. At this point, this show is an expert at somehow getting disparate plotlines to crash together in unexpected yet perfectly organic ways and I think the Heather/Darryl/Rebecca baby is a perfect example of that while still avoiding the more problematic cliches associated with parenthood and children in fiction. For me, watching this show always feels safe because it’s so self-aware. I’m incredibly grateful for that.