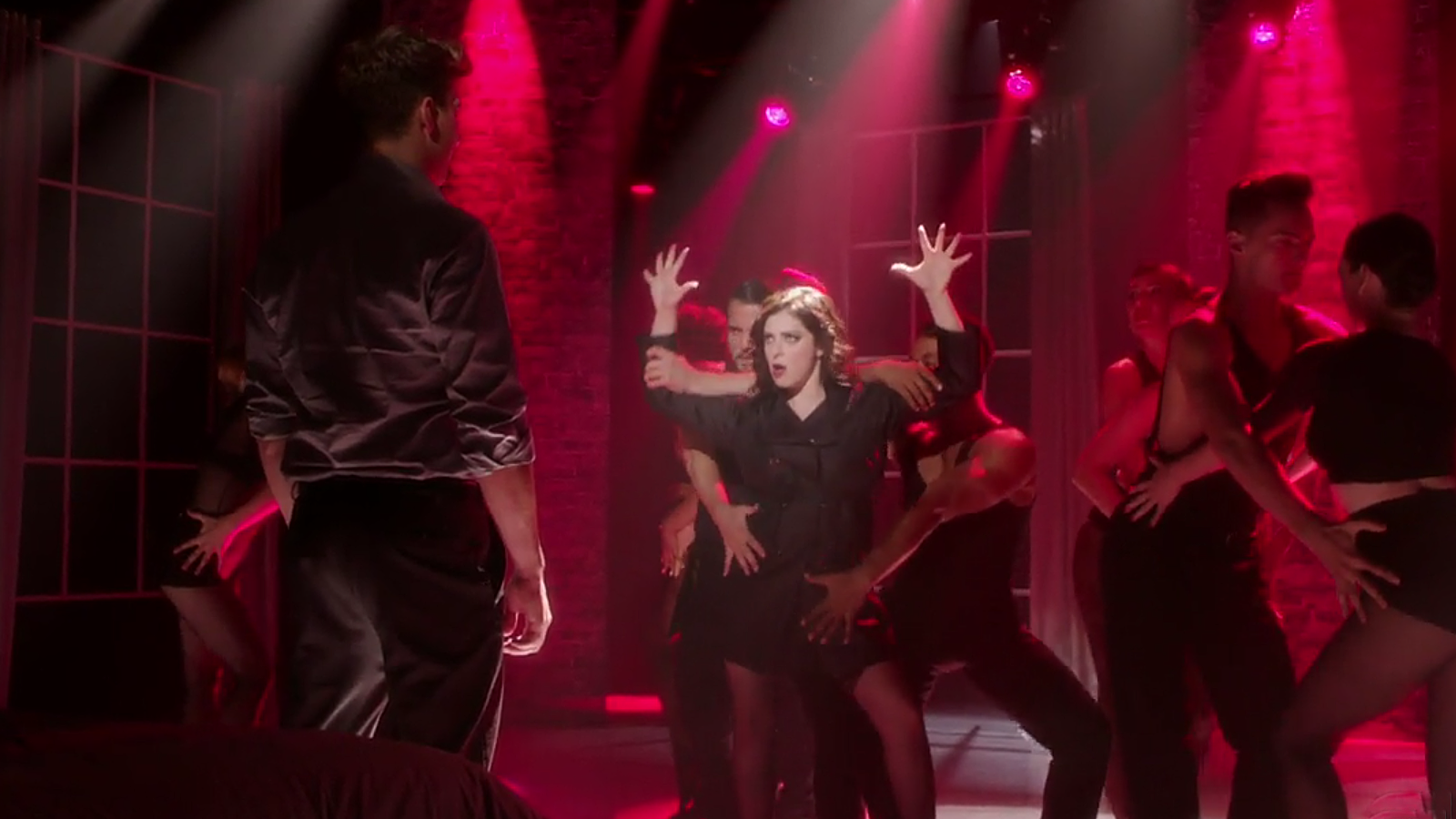 What is there to say about Crazy Ex-Girlfriend except to smother it in lavish praise? “To Josh, With Love” plays expertly on female stereotypes while still leaving space for the humanity of its characters and it continues to lovingly spoof every style and genre in the history of recorded music with perfect tone.

This is the first we or anyone has seen Josh since he left Rebecca at the altar and it’s clear that his decision to become a priest isn’t working out. The episode does a good job of calling him out on the fact that he’s trying to run away from his troubles rather than “have an awkward conversation.” Both his friends, Hector and White Josh, and Rebecca nail him for being a coward. It’s nice to see characters getting called out for their bad behavior and (hopefully) getting a chance to work through it rather than just continuing to be self-destructive. Josh is a lovable dum-dum who hates studying and schoolwork—which is almost entirely what becoming a priest involves—and he even prays that it will all go away. His friends try to talk him into just coming back home. My favorite part of catching up with Josh was his Fred Astaire-esque number in the church where he ends up tap dancing around with his hilarious idea of the Holy Ghost. The whole number perfectly exemplifies how sweet, naive, and simple Josh really is. One of the things this show does best is how it expresses both Rebecca’s fantasies about people and then the actual personalities of the people involved. Rebecca imagines Josh as some grand, brilliant solution to here problems whereas Josh himself is completely wrong for her. The show never has to say that outright because it demonstrates it every time they’re on screen. 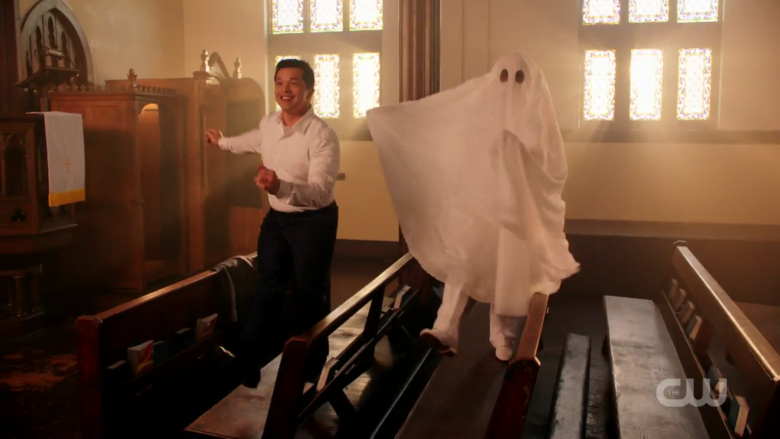 Since last week Paula, Scott, Darryl, and White Josh stole the show it was only appropriate that this one be almost entirely about Rebecca. I find the way this story is handling Nathaniel to be a superb illustration of empathy in action. Nathaniel has the same sorts of issues as Rebecca but he channels them into (as she puts it) “being evil” while Rebecca just keeps trying to force her life into a fairytale. Nathaniel is smitten with her at this point but beating himself up about it because he wants to keep his cutthroat self-image intact. The toxic masculinity he was raised in has no room for emotions or kindness. Rebecca’s seduction number in the style of Chicago is a great mix of actual seduction and weird criminal fantasy. Nathaniel is adorably conflicted about being the focus of her sexually charged energy because he genuinely likes her but also realizes she’s got mental health problems she should probably work on. He agrees to help her take down Josh and seriously goes all in, with a plan that involves getting Josh’s sister expelled from college, his father deported, and his grandfather killed. Rebecca cancels those plans but gets upset because no one will give her what she actually wants and Nathaniel is the only person who has ever stopped and asked her what she wanted. It’s a great moment of character growth and just the fact that he asks is touching beyond any of Rebecca’s made up romantic scenarios. Rebecca then has to think about what it is that she wants which causes more self-reflection from her in that moment than in the rest of the series to date.

The subplot with Tim, their coworker at the law firm, is funny enough that it doesn’t feel out of place. Tim ends up in a debate about female sexual pleasure with Maya, Paula, and Mrs. Hernandez and has the sudden realization that he’s never made a woman orgasm in their entire eleven year relationship. He gets his own sad solo number about his wife’s vibrator and reports back to Paula that he and his wife have (finally) had great sex. Paula then shatters his world all over again by making him see that he and his wife have terrible communication and their relationship is basically a sham. It’s a humorous illustration of the invisible emotional labor that goes on in relationships that fits with Rebecca’s meltdown over responsibility at the end of the episode. It’s also nice to see some background characters who we’ve known since the beginning getting fleshed out as more than just the butt of jokes. Finally, Rebecca spilling all the beans to Josh in a reprise of Paula’s “After Everything I’ve Done For You (That You Didn’t Ask For)” was both cathartic and catastrophic. I loved that she got herself together enough to actually go and confront Josh about what he did to her, but in the process she completely exposed her own irrational and controlling behavior. It’s nice that she finally came clean but, since this is Rebecca, I’m sure she’s backtrack and end up with a huge backlash for it. I get the impression that it’s the first time she’s really told the truth to Josh about anything. I also thought delivering all of her misdeeds through a reprise was a nice touch. Paula’s original version was a screed against all the time, effort, and energy she had thanklessly poured into Rebecca’s love life which fits with just how hard Rebecca was trying to force her happily ever after with Josh. 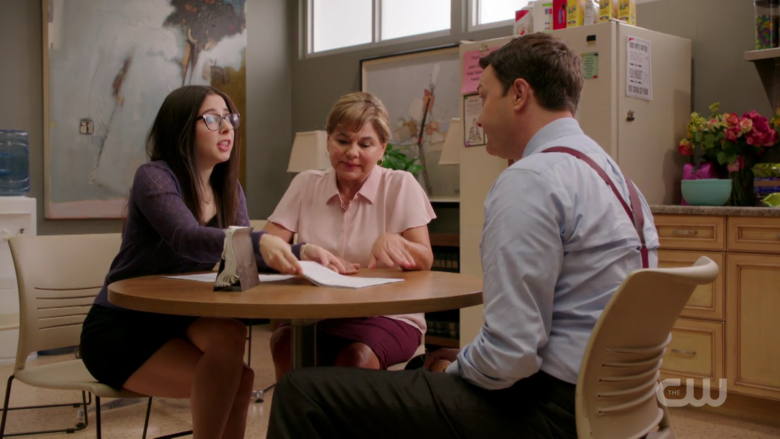 This episode is also the debut of season three’s theme song. I like that the theme changes every year though the switch last year took me awhile to get used to. I loved the first season theme song so much I was bereft to see it go. By the third or fourth time I was in love with last year’s theme too. This pastiche of every angry female pop icons is all right, but not groundbreaking. I’m going to give it a few weeks to settle into my brain because it will probably grow on me just like the others did. Also, if Rebecca keeps being completely over-the-top and unaccountable for her own actions then, yeah, it will go very well with the season.

Crazy Ex-Girlfriend continues to present its story with humor, empathy, and opportunities for everyone to demonstrate their character. If anything, it’s getting better and cuter as they go along.