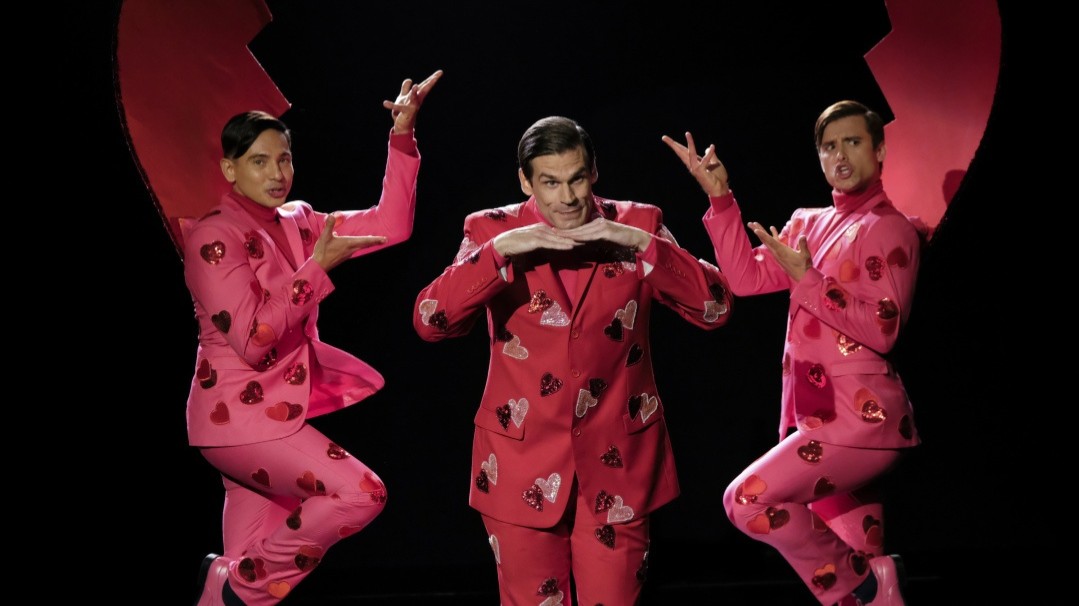 “Trent?!” is Crazy Ex-Girlfriend at its best, combining humor, pathos, weird references, and in-jokes into one excellent episode. Almost every plotline is remembered, every character gets a moment or two to shine, and Rebecca’s story moves forward carrying everyone else’s with it.

Trent’s entire storyline in this episode straddled the line between funny and terrifying. Trent has always been creepy in an amusing way, but the humor often came from how his behavior was exactly like Rebecca’s and she refused to see it. Trent’s reprise of Rebecca’s season two theme song was perfect and set him up as the central character of the episode even while his purpose is mostly just to screw up Rebecca’s life. I started crying laughing so hard at his entire story about where he’d been all this time which was both absurd and pulled in so many little jokes from previous seasons and episodes that it heightened that hilarity with almost every line. At the same time, his blackmail of Rebecca this time is so serious and extreme that it seems like she’ll be completely trapped by Trent for as long as he wants to keep her. That takes the situation from funny to disturbing at lightning speed. Paul Welsh, who plays Trent, chews every bit of the scenery in his appearances and absolutely sells the character each time. I love how utterly random it is when Trent shows up but, because of his obsessive and outlandish behavior, it always makes plenty of sense given the context. It helps that he’s just a male version of Rebecca and not much can top the things that Rebecca herself has done. 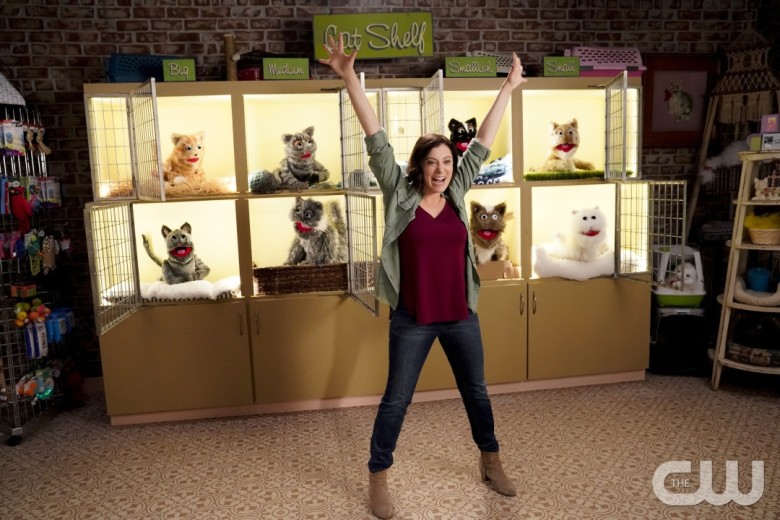 Nathaniel, the other side of this equation, misunderstood Rebecca’s relationship with Trent and comes to understand that he’s just as guilty of idealizing relationships as Rebecca is. He reconciles with his girlfriend Mona and has what seems to be his first genuine conversation with her. While Rebecca wasn’t actively trying to ruin someone’s life for once, it’s made very clear that she was in fact hurting someone with her actions. I love that Nathaniel’s character growth continues so well demonstrated in this case because he’s being a good person not just “for” Rebecca, but because he’s trying to behave in a more genuine way with everyone rather than just using them. I found his decision to give up on Rebecca so deeply sad that I started making weird keening noises, which is just further evidence that this show is so well-written that each of the character’s hardships and triumphs are effortless to empathize with.

Poor Rebecca finally earns the sympathy in this episode that I’ve always wanted to feel for her. She still lies to Paula to manipulate her into helping, but she feels genuinely bad about it and apologizes in the end even if Paula doesn’t know why she’s apologizing. Trent is literally Rebecca’s entire past coming back to ruin her life just as she’s about to get it on track. Her song “Buttload of Cats” (uncensored as “F—-ton of Cat,”) is, as ever, utterly hilarious precisely because it’s a bit too on the money. It both plays on and specifically calls out the weird stereotype of lonely single women drowning their lives in cats. (My cat would like to voice his disapproval of this number by sitting on my keyboard for ten minutes and glaring at me.) I’m glad Rebecca didn’t actually end up getting a cat because she’s a little too manic for that, but the second she opened her mouth to sing I knew what was coming and that made it all the more delicious. I think what makes her so sympathetic in this episode is that she’s finally taking responsibility for her actions and trying to change, but the circumstances mean that she’s completely trapped in those old patterns. In the end, it shows just how much she’s grown when she sees that Nathaniel has moved on and she accepts his decision without doing anything drastic. 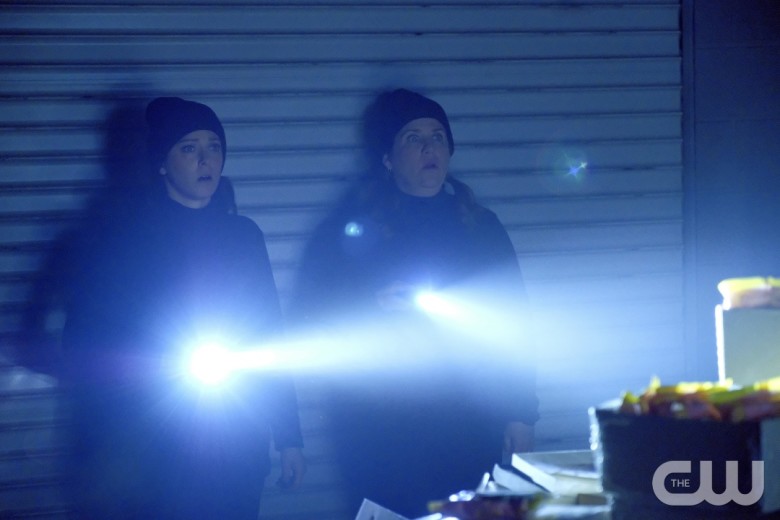 There is a non-Rebecca related thread in Valencia working through her shame at her past when it comes to Josh, West Covina, and her career goals. Valencia’s girlfriend, named Beth, is far more practical than Valencia and she helps Valencia realize that their event planning business is about their clients and not about them. Beth is so good for her in that she insists that Valencia grow rather than letting her steamroll everyone in her life. Valencia even forgives and accepts Josh by complimenting him on his DJ skills, his people skills, and his dancing. The two of them doing “The Royal”–their Homecoming King and Queen dance from high school–was touching and satisfying. It’s good to not only see Valencia grow but to also see Josh get some kind of closure and friendship considering everything the poor man has been through. Valencia reconciling with Josh is like the inverse of what happens to Rebecca in this episode. Where Rebecca’s past comes back to haunt her, Valencia realizes the value in things that she had tried to wish away.

The structure of this episode, Trent playing Rebecca’s old role, and the way it uses all of its own in-jokes make this one of the more outstanding episodes of this series. The songs are funny, the hijinks are pitch perfect, and the emotional beats are all earnest and heartbreaking. It’s hard for Crazy Ex-Girlfriend to top itself because the show is so consistently great, but “Trent?!” excels in all categories.