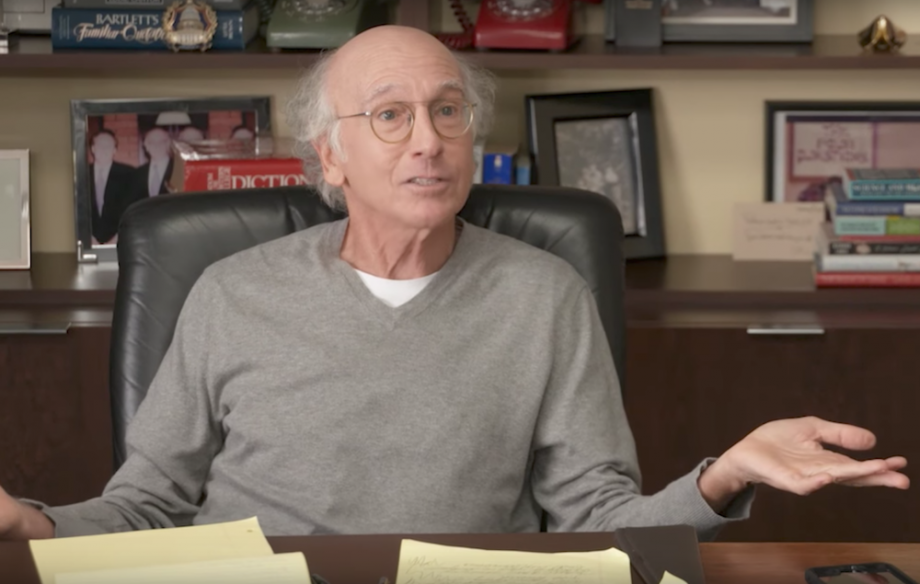 CURB YOUR ENTHUSIASM will return for a tenth season, HBO announced Thursday.

“We are thrilled that Larry will be back with his uniquely acerbic wit and comedic sensibility,” said HBO president of programming Casey Bloys in a statement.

“As I’ve said many times, when one has the opportunity to annoy someone, one should do so,” series creator and star Larry David added.

Season 9 featured the fictional Larry promoting his new project,”Fatwa! The musical,” based on Salman Rushdie’s real life experiences after Ayatollah Ruhollah Khomeini called for his death. On the show, this spurred the Ayatollah to call for a fatwa on Larry, forcing him to look over his shoulder at every turn, all the while confronting one awkward social interaction after another in everyday life.

featured guest stars including guest stars like Bryan Cranston, Elizabeth Banks, Jimmy Kimmel, Ed Begley, Jr., Carrie Brownstein, Lauren Graham, Nick Offerman, Nasim Pedrad and Elizabeth Perkins and most notably, Lin-Manuel Miranda, as himself – the genius behind Hamilton who agrees to star in the Fatwa musical, if only he could write some songs himself.