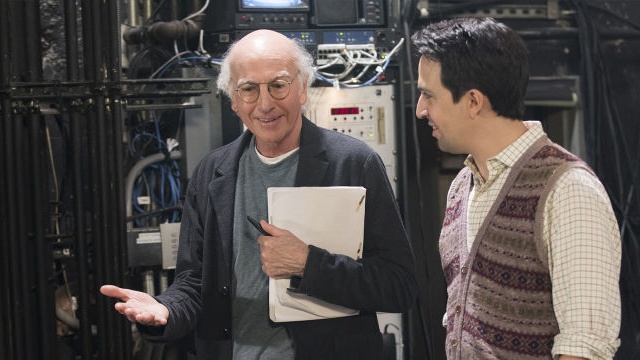 And so, we exit the ninth season of Curb Your Enthusiasm with a classic Larry self-sabotage. Well, it’s not all his fault as we see throughout this episode. Still, when all is said and done this season of Curb was a mixed bag of episodes that still makes me happy that the show exists.

Seeing some of Fatwa!: The Musical being performed makes me wish this thing was real. After the episode ended I watch some interviews with Lin-Manuel Miranda about the show itself. It’s cool seeing Lin geek out about the show’s history as well as tell us that Larry David is a huge fan of musicals which in retrospect makes sense. The first scene of the season, as well as the last, has Larry singing “Spoonful of Sugar” from Mary Poppins, so yeah. It seems that lots of attention to detail went into the few songs and numbers we got to see. I hope that a small extended play gets released of the songs. 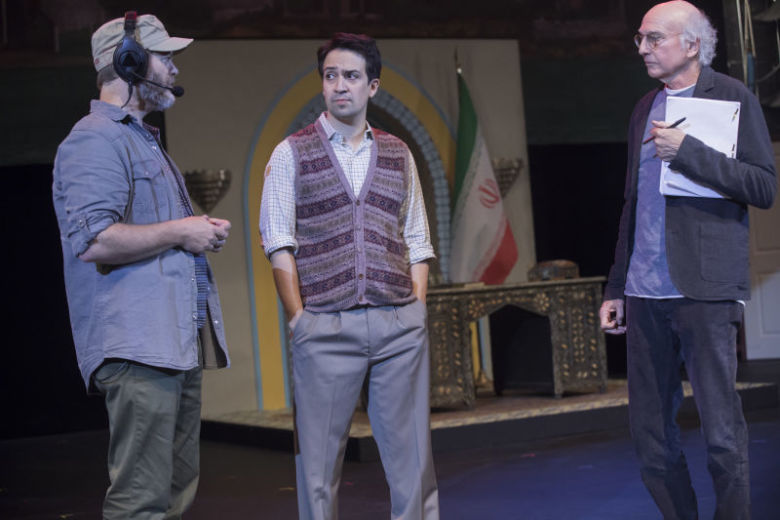 While things seem to be running smoothly on Fatwa! the fictional Lin and Larry butt heads. If this is how Lin is in real life, I would never want to meet the guy. As with most celebrities playing themselves on Curb, they’re all varying degrees jerk for a nicer term be it as it may. And yes, this extends to F. Murray Abraham who is also unpleasant in his depiction of himself.

Larry and F. Murray have fashioned a new term in a show popular for having slang enter the pop culture lexicon like Seinfeld before it. Outfit-tracking. I’m sure everyone has worn a shirt or a pair of pants two days in a row, and I’m sure we’ve all encountered the person to point it out. F. Murray was outfit-tracking Larry. Add this to Lin and Larry consistently at each other with Lin’s half-hearted thank yous and apologies and we get a recipe for disaster.

Nevertheless, Larry is extremely happy with the play and wants to the cast and crew do a paintball day on his dime. I knew this was never gonna end well. Larry is not a generous person and doing all of this was for his personal gain on making sure Fatwa! goes ahead. And yes, this was partially a power play as Lin was manipulating Larry’s creative influence on the show. Also, I knew that Larry paying company manager Cody (Nick Offerman!!!) to skip a gig and join in on paintball wasn’t going to sit well with him. And yes, this all came to ahead at the paintball game. But, to be fair to Larry Lin’s warning about his relatives being swingers wasn’t a warning at all. He’s right about his family being perverse as what kind of people come into someone’s house, as guests I might add, and have an orgy?

The paintball game becomes a duel between Lin and Larry with Larry accidentally Aaron Burr-ing Lin (yes, this is for real) by shooting him in the throat. As you can imagine, this effectively cancels Fatwa! killing the project dead in its tracks as Lin leaves the project. 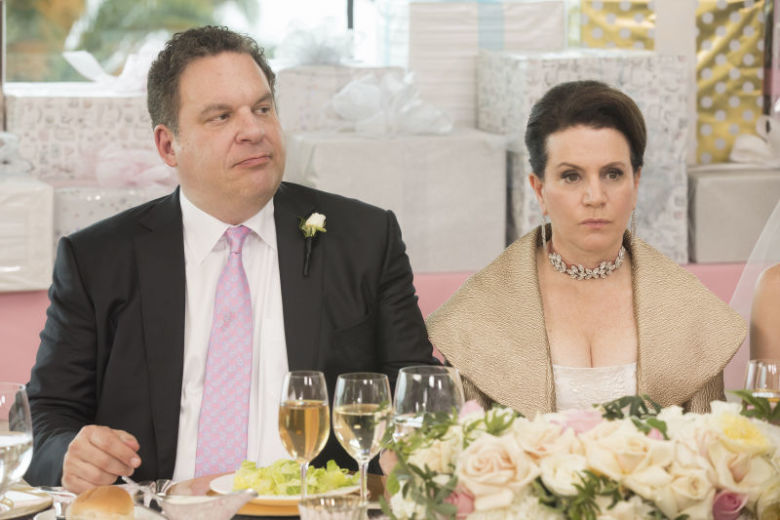 Susie and Jeff Greene (Susie Essman and Jeff Garlin) wanting to have Larry make a speech at Sammie’s (Ashly Holloway) wedding to Victor (Chet Hanks) was such a weird choice that never made any sense period. Yes, Jeff and Larry are best friends, but Susie and Sammie do not like Larry at all. And Larry being who he is, was wrong to schedule the paintball game. However, even though Sammie and Victor’s wedding ends up being more of an afterthought is does pay off two jokes from earlier in the episode.

The first being Larry and Lin disagree about the American Sign Language interpreter, Tina Sirimarco. Tina is apparently controversial in real life as well (I’m not getting into that here), but the source of Tina’s attention is not her ASL interpreting skills, but rather the size of her chest. Larry points this out to Lin who brushes Larry off. However, at the cocktail hour for Sammie’s wedding, Larry boasts about the size of Fatwa!’s interpreter. Victor’s parents are deaf and catch on. During the wedding, Tina is signing having Victor’s father, Ted Danson, and Richard Lewis staring at her. Not that I don’t mind the joke, this is just ill-timed as we got a lot of creepy old white guys being outed every day. I’m sure this joke is gonna be debated for the rest of the year as well as be debated among the ASL community.

Casey Wilson has an extended cameo as Marie Deschamps. Marie is used as a stand-in, first for a late Funkhouser as Larry, Jeff, and Susie are contending with a snooty hostess (Cate Cohen) and then later as Larry accompanies Lin to the hospital after their duel gone wrong, Marie stands in for Larry at Sammie’s wedding as she delivers the speech Larry has written giving crucial advice: always have separate bathrooms in a marriage (the funniest moment of the finale). Cheryl (Cheryl Hines) knew this as the words came out Marie’s mouth. 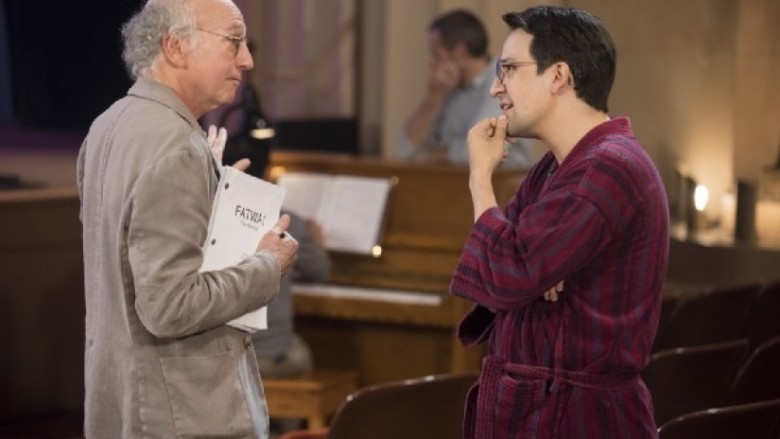 And so we end the season with an Irian-American not getting the word that the fatwa on Larry has been called off and we are treated to Larry running off into the sunset chased by the man.

All in all, this was not the best season, but not the worst. The highs are some all-timers, but for the most part, it was an uneven season. Good news is Larry has said another season would not take five years to make should there be one. And I stand by this show, when I say yes, it’s the funniest comedy on TV (sorry random Rick and Morty fans who pop up in my Twitter DMs). For a show that’s been on for over more than a decade, it’s amazing it’s been on point for the most part.