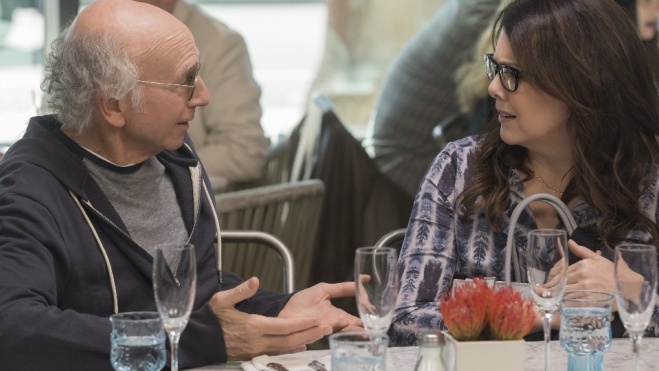 Fatwa back. No good deed goes unpunished on this week’s Curb Your Enthusiasm as makeups, breakups, and gentlemen debts make up the backbone of this episode which is the first of the season to not feature Leon (J.B. Smoove), Jeff (Jeff Garlin), and Susie (Susie Essman). In a season full of strong episodes, this is another stand-out full of cringe-worthy laughs. Never be in debt of someone ladies and gentlemen.

Everyone wants to be happy in life. Larry, however, doesn’t need to see it. Kicking off the episode with a great bit, Larry chastises a couple for making out just right outside the office window. After nipping the PDA in the butt, Caesar (Hemky Madera), Larry’s office maintenance man, has fixed all the lights in his place. Larry grateful offers a tip which Caesar refuses feeling uncomfortable. Larry impressed by Caesar’s integrity, tells him he won’t forget it. 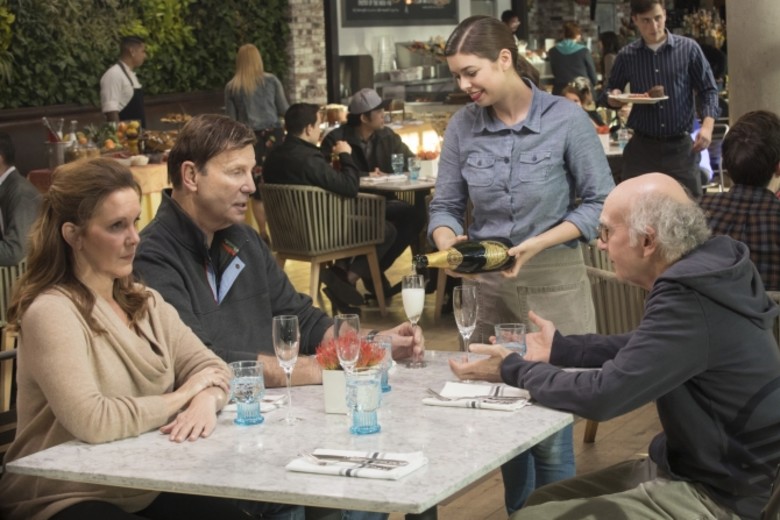 Bad news for Larry as Caesar come asking for a favor a short time later. While out at brunch, Larry gets a call for Caesar asking him if he can watch the soccer game between Mexico and Argentina as it’s a very important game. Larry confused, agrees as he feels obligated as Caesar didn’t take the tip.

With Funkhouser (Bob Einstein) apologizing to Larry about brunch (we’ll get to this soon) at this office, Caesar asks Larry for a new favor as he missed the game due to chores from his wife. He now asks Larry if he can let his family into a high-end country club, so his family can use the pool. Larry refuses and Caesar throws his lack of generosity in his face. Larry said he didn’t want the tip when he tried to tip. Caesar says since he turned it down, Larry owes him a favor. Larry relents and agrees when Caesar says he promised his son. With Funkhouser returning from the bathroom, Larry uses the champagne for brunch as leverage for Caesar to use his pool instead of the country club’s. Larry even gives Funkhouser’s number to Caesar saying next time to take the tip or nothing at all.

Funkhouser is getting back together with Marilyn (Elizabeth Perkins). Funkhouser wants Larry and her to make up, so Larry invites Bridget (Lauren Graham) along. Once there, everything seems to be going well as Larry sincerely apologizes to Marilyn and everyone seems to be getting along fine. No one ever says anything when Larry stands up for a man trying to get seconds as he heads to the front of the line. However, things turn sour once Larry comments on how much ketchup Marilyn is using, prompting her to use even more. This leads to her spilling the ketchup as she’s trying to eat her food all over her outfit causing Larry to foot the bill for an expensive bottle of champagne Funkhouser ordered. 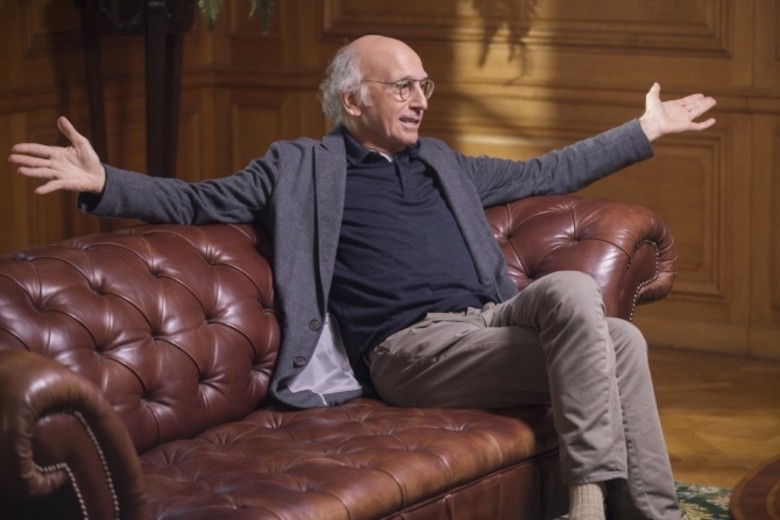 As Larry finally has a chance to get lucky with Bridget, her son Eddie (Braxton Herda) gets in the way by being a spoiled brat. With no choice left, Larry visits the boarding school Bridget recommends for her son, so he can be out the way. With Larry having donated significantly to the Braxton Academy, he meets with the headmasters and it goes very awkwardly. As Larry tries to get him in, he also must have Caesar use the pool as Funkhouser backed out.

Earlier, during brunch attempt one, Larry stood up for a man heading to the front of the line to get seconds leading to Larry’s “never wait for seconds!” spiel. As Bridget uses the bathroom, the man who Larry helped out approaches him and identifies himself as Morsi (Navid Negahban). As a Muslim, he recognizes the fatwa but is so moved by his goodwill he thanks him and departs to start an investigation into Larry bringing up characters from the history of the show. Larry who had run after Bridget is told to get into a high-end Mercedes that Morsi is in. He complies hesitantly and presents Larry to a council to reverse the fatwa on Larry’s head by presenting his investigation. With the council of Mufti agreeing that Larry is okay, Larry asks if he can do the musical. He is told only if he can get Lin-Manuel Miranda. As falafel and sides comes out, one of the Mufti puts too much ketchup on his fries displeasing the head Mufti vindicating Larry. 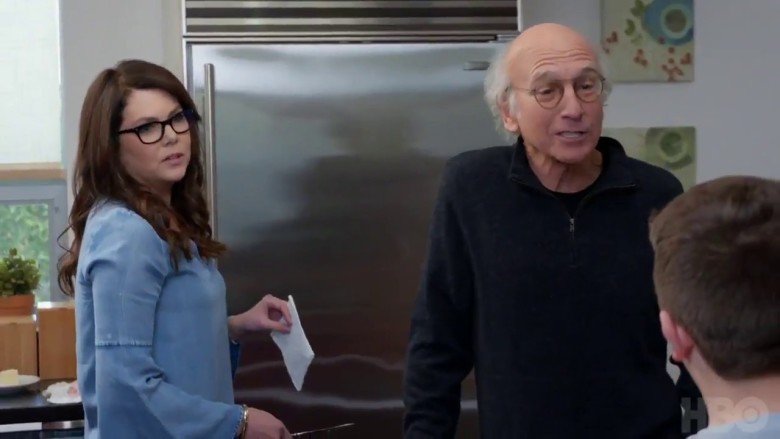 As Larry is taken back to the restaurant, Morsi’s driver opens the door for Larry and the two get into a physical fight over the driver refusing Larry’s tip.

I laughed a lot this episode even if the council of Mufti was tone deaf but it’s a great payoff for this fatwa storyline. Plus, the cameo from the various people from Curb’s past was a well-done surprise. I’m really floored by this episode. It’s sad that we only have two episodes left. Who knows when this show will ever come back again, but let’s relish with what we got left.