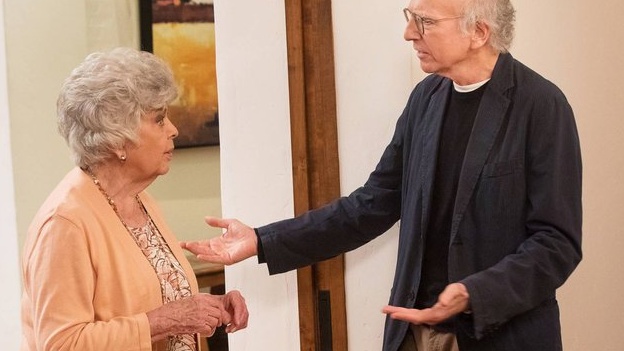 Larry’s mouth has always gotten him into trouble. Tonight it’s no different as the penultimate episode of season nine sees Larry heading towards a conclusion on Fatwa!: The Musical but with so much covering up due to Larry’s big mouth, what should’ve been simple ends up biting him in the butt. 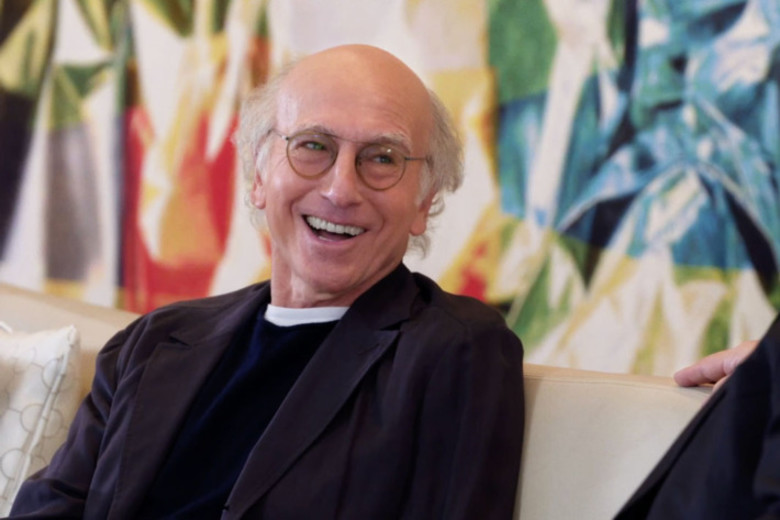 Hosting a dinner party at his house with Bridget (Lauren Graham), Leon (J.B. Smoove), Cheryl (Cheryl Hines), Ted Danson, Susie Greene (Susie Essman), and Jeff Greene. As everyone celebrates the fatwa being lifted off of Larry’s head, Jeff announces Fatwa! is back on. Larry tells the room that the catch is Lin-Manuel Miranda has to be a part of it. Larry, in front of the shucker (Steven Weber), recalls when he played 36 holes of golf then went to see Hamilton, abruptly falling asleep. Well, this shucker is very popular around Los Angeles and Larry realizes that he can tell Lin about what happened.

Just then, Rose Shapiro (Carol Herman) arrives unannounced at Larry’s home. Mrs. Shaprio is the old tenant of Larry’s house. She’s feeling nostalgic about the house and seeing what Larry has done with the house, she’s upset. As she thinks it’s okay roaming from room to room as if she still owns the house finds a ficus plant dying.

This episode makes a good case for Curb moving back to a strict thirty-minute runtime. The storyline with the shucker blackmailing Larry for Hamilton tickets for his silence was underwhelming. This evolves into Larry competing with Lin, who turns out to be a huge asshat (strictly in the world of the show). This gets so out of hand that Larry and Lin wrestle for the desk which leads to Lin throwing Larry to the ground, injuring Larry’s shoulder. Even before their second meeting with Lin, Jeff and Larry converse over Lin taking over the musical due to the power Lin has sitting at the desk. Unfortunately, the receptionist overhears everything.

With Larry trying to get tickets to bribe the shucker, Lin can only get Larry tickets and not the shucker. Problems arise when Larry gives the shucker the tickets. Having to buy them back from the shucker as Lin told him that his wife (America Ferrera) and her friend (Jill Donnelly) will be there. Due to Lin injuring his shoulder, Larry takes Jeff’s painkillers which are so strong that he falls asleep on Lin’s wife right as the play begins. 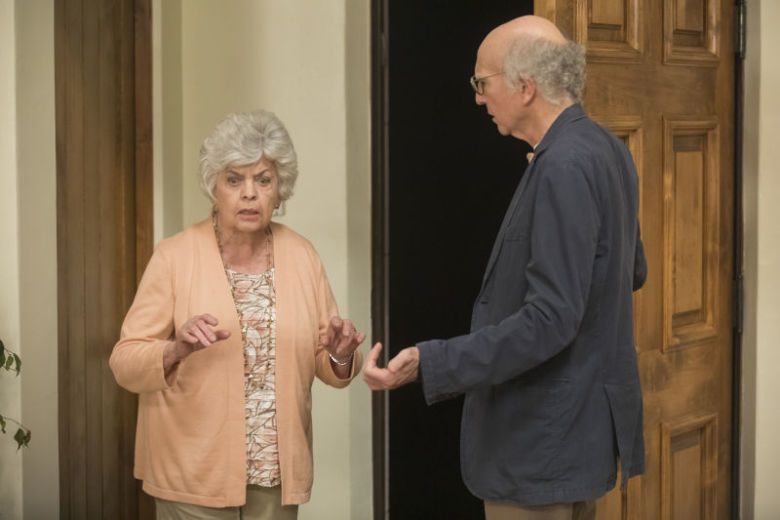 Jeff takes the shucker’s Stetson cowboy hat which turns Susie on so much, that Jeff’s look evolves into a full cowboy look. However, Jeff is having nonstop sex with Susie which he is sick of. With that Jeff injures his penis as Susie makes it go ways it’s not supposed to go. This leads to one of the funniest lines of the night when Jeff give Larry the hat back with Leon telling Jeff to see a dick chiropractor, which makes Larry breaks character briefly as he laughs. Low and behold though, once the shucker gets his hat back, he sleeps with Susie.

Curb’s storylines always evolve into the ridiculous but between the shucker and Lin, it felt a bit too much. And that’s just the tipping point. The storyline with Mrs. Shapiro escalates into her breaking into his home repeatedly about the ficus. I don’t understand why Larry didn’t change the locks ASAP after she entered the house just to water it. Mrs. Shapiro eventually breaks in to steal the ficus. Leon and Larry try to intimidate her when they show up at her house only for a small pug to scare the two men off.

This leads to Larry and Mrs. Shapiro going on Judge Judy where everyone watches and Larry being Larry leads to a lot of callback jokes and situations from over the course of the season. This combined with Mrs. Shapiro taking care of the plant better than Larry leads to Judge Judy awarding her the plant. This had to be the unfunniest bit all season.

During the dinner party, Bridget is telling everyone stories of her past exes in an unflattering light. Mostly of their penises and the sex that came with it. Larry overhearing this gets skittish. Airing his concerns to Leon later as both Larry and J.B. try their hardest not to laugh, Leon suggests a non-disclosure agreement for their relationship. Thinking this is a good idea, Larry presents the NDA to Bridget who rightfully gets upsets and leaves. It’s confirmed that Larry’s fears were correct as Bridget later talks to her friend referring to him as Larry Longballs. 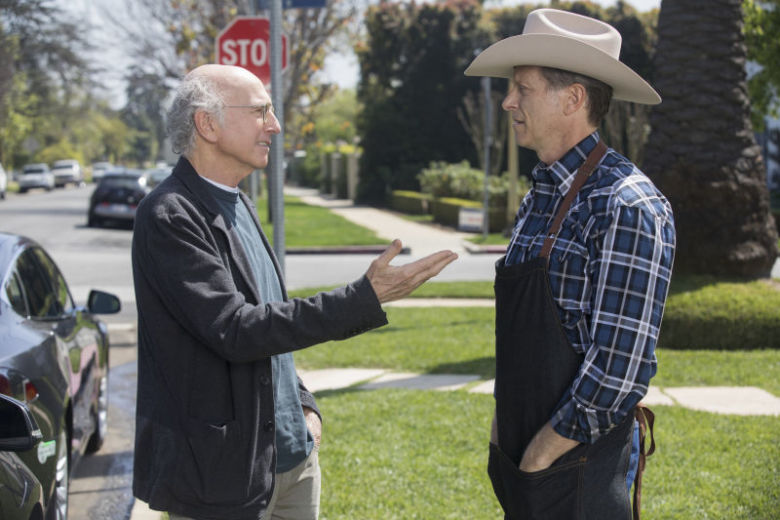 So yeah, this episode was a mixed bag. With the season finale next week, I hope things pick up again. With the complaints I’ve been seeing from everyone about the episodes this season being too long, “The Shucker” has made the case that the criticisms were right. Curb needs to be thirty minutes tops. When it’s not, you get unwieldy episodes such as this. Just a quick note, how funny was it seeing Jerry O’Connell and Ali Larter play detectives on whatever Chicago show, Bridget had to view for inappropriate content?