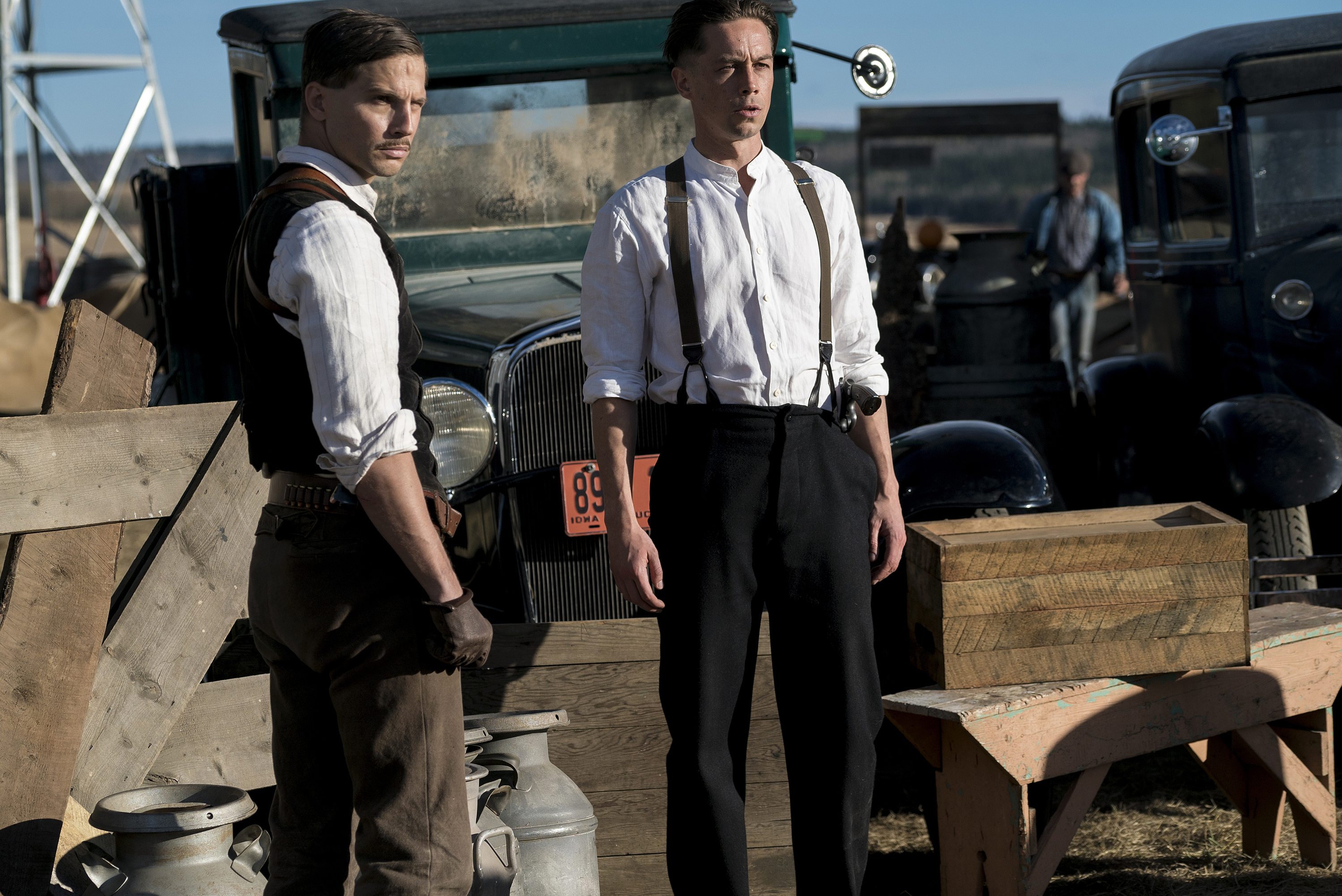 There is a huge chasm between Creely and Seth, but not one so big that it would allow Creely to stand idly by and watch The Black Legion hang his brother.  Creely knows he’s on the wrong side of the fight, but he’s stuck between a rock and a hard place with his freedom held over his head if he doesn’t do what Duvall wants.  This is why he’s found it so hard to bury his feelings and soldier on for a cause he himself doesn’t believe in.  The bond of brotherhood is too strong for Creely to turn his back on, and once The Black Legion has Seth and Sam Riley Jr. dangling in the air with ropes around their necks, Creely can’t stand by any longer.  He springs into action and there’s nothing The Black Legion can do to stop him.  Creely soon whisks the men out of town through a hail of gunfire. 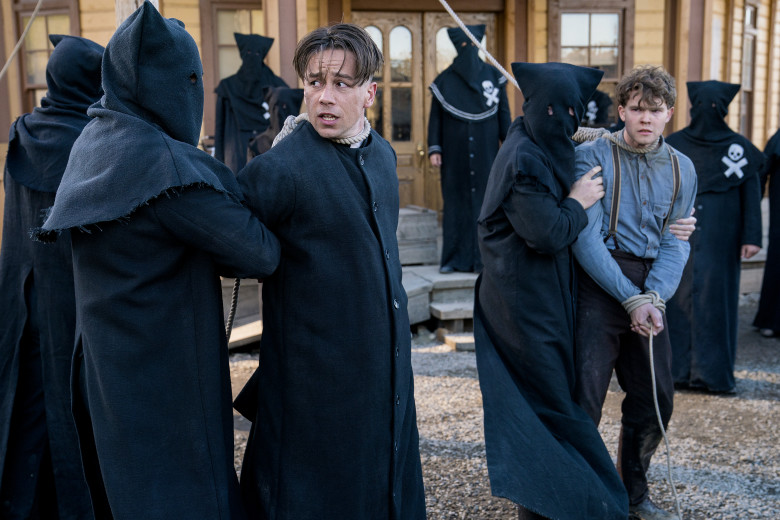 Seth has been carrying a grudge around with him ever since his father killed Cynthia and her father in front of him, which erased any chance Seth had at a normal future.  Seth took his revenge on his father’s men, then stabbed his own father to death, and pinned it all on Creely, leaving the sheriff to find Creely passed out holding a pistol amongst all the carnage inside Cynthia’s father’s chapel.  Seth blamed Creely for squealing, focusing only on what he lost that day, but Creely reminds him that he also lost his future, but biggest thing he lost that night in Wyoming was his brother, who was the only family Creely had left after his mother died.  He never wanted to become the man he is today, but the indiscretion of telling his father about Seth’s plans made him lose everything.  It’s a much bigger loss than Seth realized.

Tony Tost and his writer’s room have created Damnation so that it has a foot in both the past and the present.  The show works on two different levels.  It’s clearly a historical piece with influences based on actual occurrences and social movements, but it also works as an allegorical mirror reflecting our present struggles within a story about the past.  Corrupt politicians, the stifling of the labor movement, deep seated racism mixed in nostalgia for the past, and big business’s control of everything, could be ripped from the headlines of today’s newspapers.  The point is to show how little progress America has actually made in the last century, compared to what we think we’ve made.  Damnation acts as a reminder of how precariously our entire democracy is hanging by a thread, and currently that thread is being pulled on vigorously. 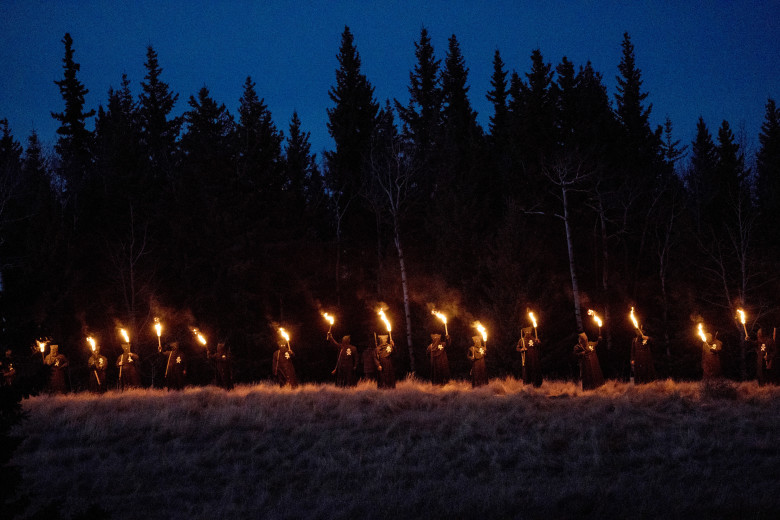 Melvin Stubbs is clearly a stand in for Donald Trump, using hatred and fear of both non-whites and the labor movement to stir up resentment and garner votes to put himself into office as a law and order candidate for sheriff.  He could be quoting Trump directly when he has D.L. and Amelia in captivity, and tells D.L. that, “journalists are born liars and a blight on our democracy.”  In a symbolic move, Stubbs later kills the voice of truth and stifles the freedom of the press when he murders D.L.  Is it too far of a stretch to think of Stubbs as a Trumpian character, when our own President routinely calls journalists liars and tweets gifs of himself beating up or running over people with a news outlet’s symbol over their face?  There are parallels between Stubbs being the head of a racist organization, and Trump defending neo-Nazis and Klansmen as “good people” or referring to non-white countries as “shitholes.”  What we are seeing in Holden is a micro version of Trump’s America, with Seth and the farmers fighting to keep this dark worldview at bay.

One of the elements of Damnation is the possibility of redemption.  We’ve seen Seth trying as hard as he can this entire season to redeem himself for all the terrible things he did when he was under his father’s thumb, but he’s not the only character in search of change.  When all of the action collapses in on the Riley farmstead as a last stand for the farmers, both Creely and Connie Nunn find themselves changed.  Creely turning on The Black Legion and Duvall’s orders is his own act of redemption.  He’s created havoc and and inflicted pain in Holden, but by joining with the farmers he formerly persecuted, he’s trying to make amends to both his brother and the towns people when he helps them fight off an attack by The Black Legion.  Connie’s change is abrupt.  She finds out Seth had nothing to do with her husband’s murder, and it sends her suddenly into a moral crisis.  Everything she’s done, all the violence and death, have all been a misguided mission of revenge.  With no revenge to be gotten, she turns the anger she had for “bad men” against The Black Legion, becoming a sudden asset to the farmers in their time of need. 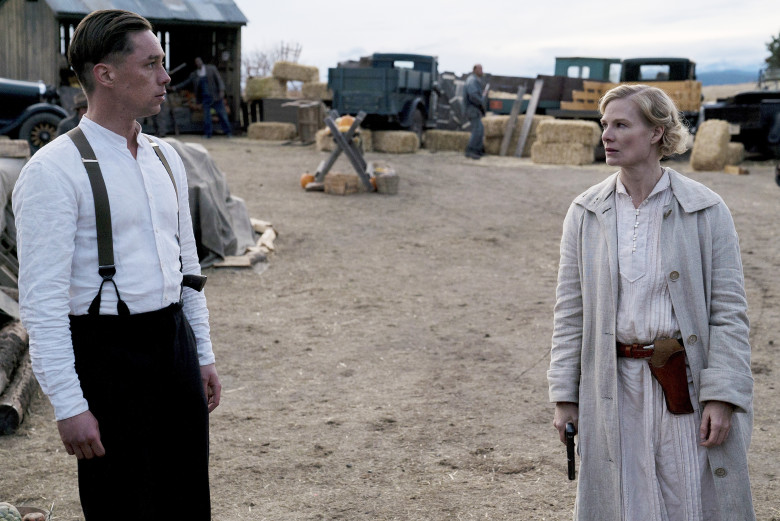 There’s also a touching moment between Sheriff Berryman and Bessie where he dispels her misguided idea that her mother was a prostitute.  Berryman loved her mother Pearl, but he was a married white man, and she was a black woman that travelled the nation as a singer.  They decided to give her up for adoption because of their circumstances, but regretted the decision for the rest of their lives.  He tells her it was love that brought her into the world, which is something she never knew before, and then leaves her alone with the voice of her mother singing to her from a record player.  It’s a great character moment for both the Sheriff and for Bessie.  It may be too late for them to be family to each other, but the truth of their circumstances may help erase the shame and fear they both felt and perhaps allow for some kind of relationship.  It may also help to remove the chip Bessie has been carrying on her shoulder all these years.

In the final minutes of the episode, after Seth and the farmers have repelled an attack on the fortified Riley farm by The Black Legion, there’s a feeling of relaxation, of catching their breathe, but it doesn’t last long.  The day seems won for now, but the joy of victory soon turns into dread when D.L.’s body is found with a note stating if Seth doesn’t turn himself over to The Black Legion, Amelia will be killed next.  The season finale is sure to be a showdown between these warring sides, with Berryman likely joining forces with Seth and Creely, but I’m curious how it will all end.  Will Damnation wrap itself up neatly, and if so where does it go in a second season?  Or will saving Amelia be only a small step in ridding the town of Duvall and his minions, and the main story will continue into the next season?