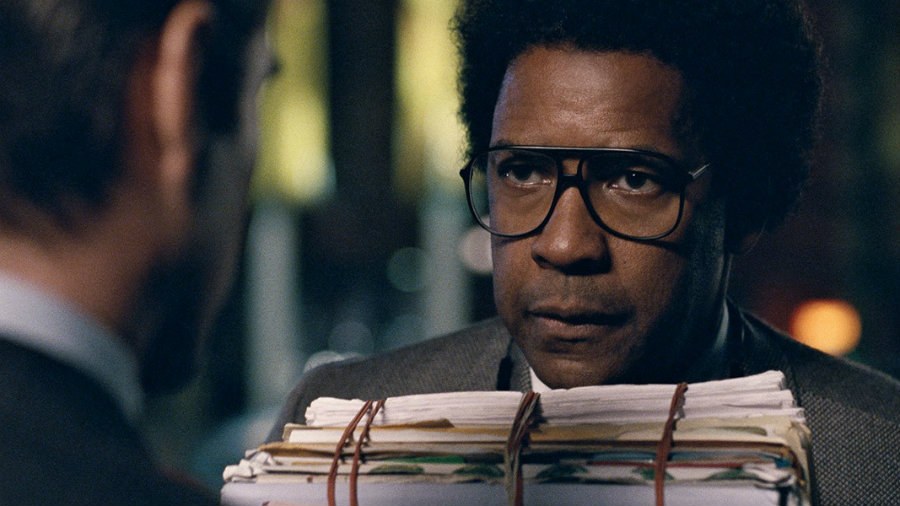 It’s always exciting when Denzel Washington has a new movie out, especially when it’s one like Roman J. Israel, Esq. where it’s hard to know what to expect. It’s the second movie written and directed by Nightcrawler‘s Dan Gilroy, and it’s definitely going to be challenging for Denzel’s fans who think they know what to expect from the Oscar-winning actor.

Washington plays the title character, an old school defense lawyer who tends to be rather unconventional. When his partner (who did most of the court appearances) ends up in a coma, Roman must step up and save the firm. Instead, he takes a job at the firm of one of his partner’s colleagues (Colin Farrell) and starts going down a road that will likely get him disbarred or possibly even killed. Carmen Ejogo (Selma) also appears as an activist Roman meets and becomes close with.

EW.com premiered the first trailer for Gilroy and Washington’s new movie, which you can watch below to get some idea of the quirky comedy inherent within the dramatic story.

The movie received a fairly last minute world premiere at this year’s Toronto International Film Festival (TIFF) where reviews were generally mixed, but everyone agreeing that Denzel is great as the lead character.

Columbia Pictures will release the movie in select cities on Nov. 3 then expand it nationwide two weeks later.