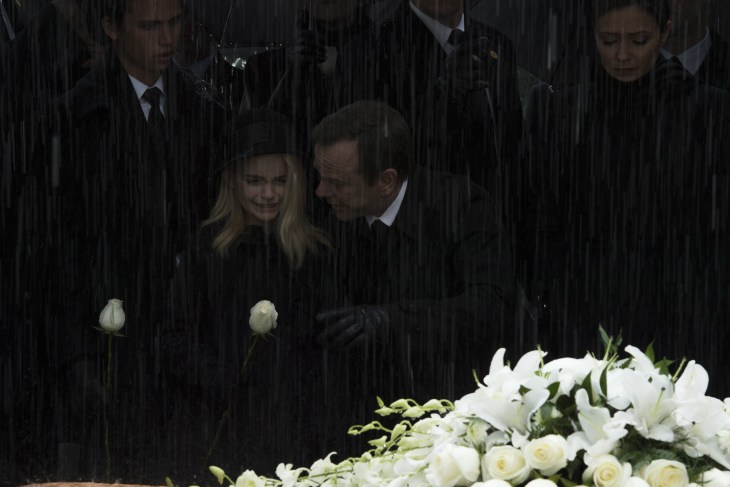 Well, Designated Survivor has returned. But President Tom Kirkman’s wife Alex has not. Before the mid-season break, Tom got the call that his wife had been in a fatal car accident. That’s right, Natascha McElhone has left the show. But, to be honest, will she really be missed? That’s not a slam on McElhone or her acting ability. It’s more a gripe with the writers. I’ll be frank, I did not watch the first season of the series, though I did hear good things about it at the time. So maybe I missed some crucial character moments that would have attached viewers to her. But having seen all of the second season up until this point, I didn’t find her very compelling, original, or even likable.

I do like Kirkman (Keifer Sutherland), though, and so I was expecting to feel something watching him grieve. We pick back up and ten weeks have passed since the accident. The White House has basically been non-functioning. Kirkman is basically in a state of ignoring his legitimate grief and being unable to make his signature bullish calls on important matters. He hasn’t had a memorial for her and he hasn’t even gotten a headstone. He’s just in a stasis, unable to move. Of course that will be tested, and seemingly cured, all wrapped up neatly by the end of this episode. 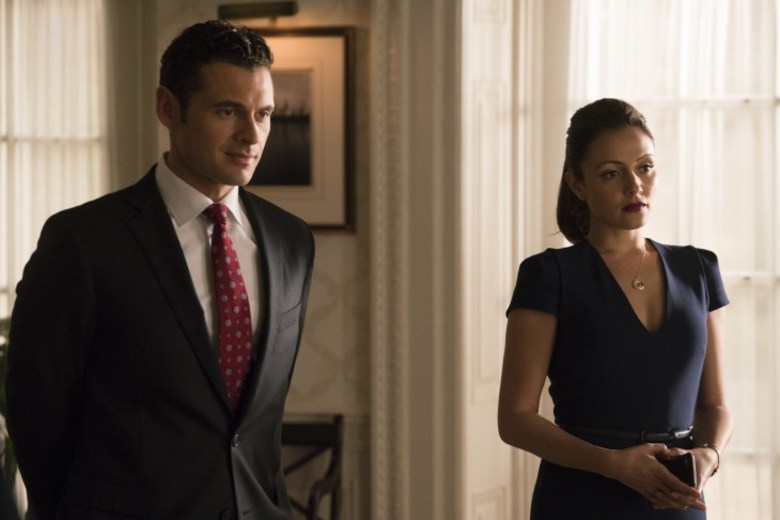 We are introduced to a therapist character played by Timothy Busfield (who also directed the episode). Through his talks with Tom, we see flashbacks to just after Tom got the news about Alex. Then we see him telling their young daughter. TIME OUT. Since when do they have a younger daughter? I was legit not even aware she existed until I saw this. Maybe I missed something, maybe she was seen more often in the first season, but that caught me off guard. We also saw a flashback to Tom telling his teenage son Leo (who I knew about). The therapist keeps asking Tom questions meant to illicit emotion from him and help him through the “ritual” of grieving, but Tom just keeps getting mad and leaving. Which is understandable, he has other things to deal with, he’s president.

The other cliffhanger from the mid-season finale involved FBI Agent Hannah Wells. After finding out her partner/boy toy/British MI6 agent Damian was a Russian plant, she shot him in the chest. Of course this was on a bridge and his body tumbled to the water below. We later see that he was wearing a bulletproof vest (which I’m not sure why Hannah assumed he would be wearing otherwise) and he survived. This week the FBI tells Hannah they know of her little tryst with Damian and she is going to have to earn their trust back.

Well she gets a small opportunity to do just that. She and National Security Advisor Aaron take a trip to Cuba with some senators and congressmen, a few people from the business world, and their envoy is ambushed. The entire group is taken into the custody of some sort of communist rebel “army” that is demanding a ransom from the United States government. However, as usual with these plots on these shows, something is not as it seems.

When Hannah escapes from some conveniently easy to pull up floor boards in the ladies room, she sees and overhears one of the American businessmen named Cross chatting in a friendly manner with the leader of the commie group. Suspicious. She fights off a couple dudes in her escape, craftily dispatching them with kicks and blows to the head. She is unfortunately recaptured and taken back to where the rest of the people are being held. Only now she knows about Cross’ deal. And the bad guys know she is some sort of trained agent. 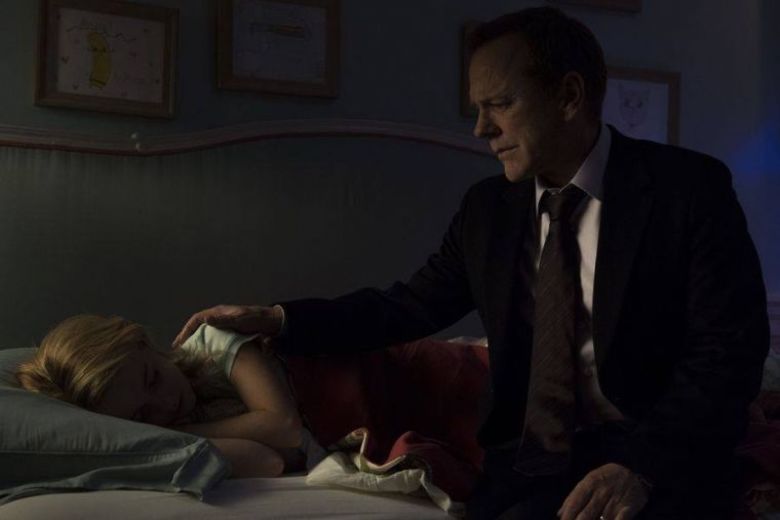 They do a live video conference, about to kill Hannah in front of Kirkman and the gang back at the White House, but Kirkman says he’ll pay the ransom. Hannah makes the sign of the cross, alerting Emily that they should look into Cross. Meanwhile Lyor tries to convince Kirkman that giving in to ransoms is not the wise decision, and that they should send in the marines. But Kirkman seems to have lost his nerve.

Finally, though, after a break through in therapy in which Kirkman is questioned about whether his inability to allow himself to grieve is effecting his decision making process, the old Kirkman is back! He cancels the ransom money wire transfer and sends in the marines after all. And Emily discovers that as it turns out, Cross and the president of Cuba had a deal to arrange this situation so the U.S. would be forced to take out the commie rebels and eliminate a political enemy of the president’s. Smart.

In smaller subplots, Emily and Seth put their relationship on ice (but who really cares) and Lyor accepts a new assistant who ends up impressing him. The show just seems like it doesn’t know what it wants to be. Well, clearly it strives to be The West Wing at times, and others it wants to be Quantico, and still others it wants to be Scandal. It’s rarely it’s own thing and that is a problem.