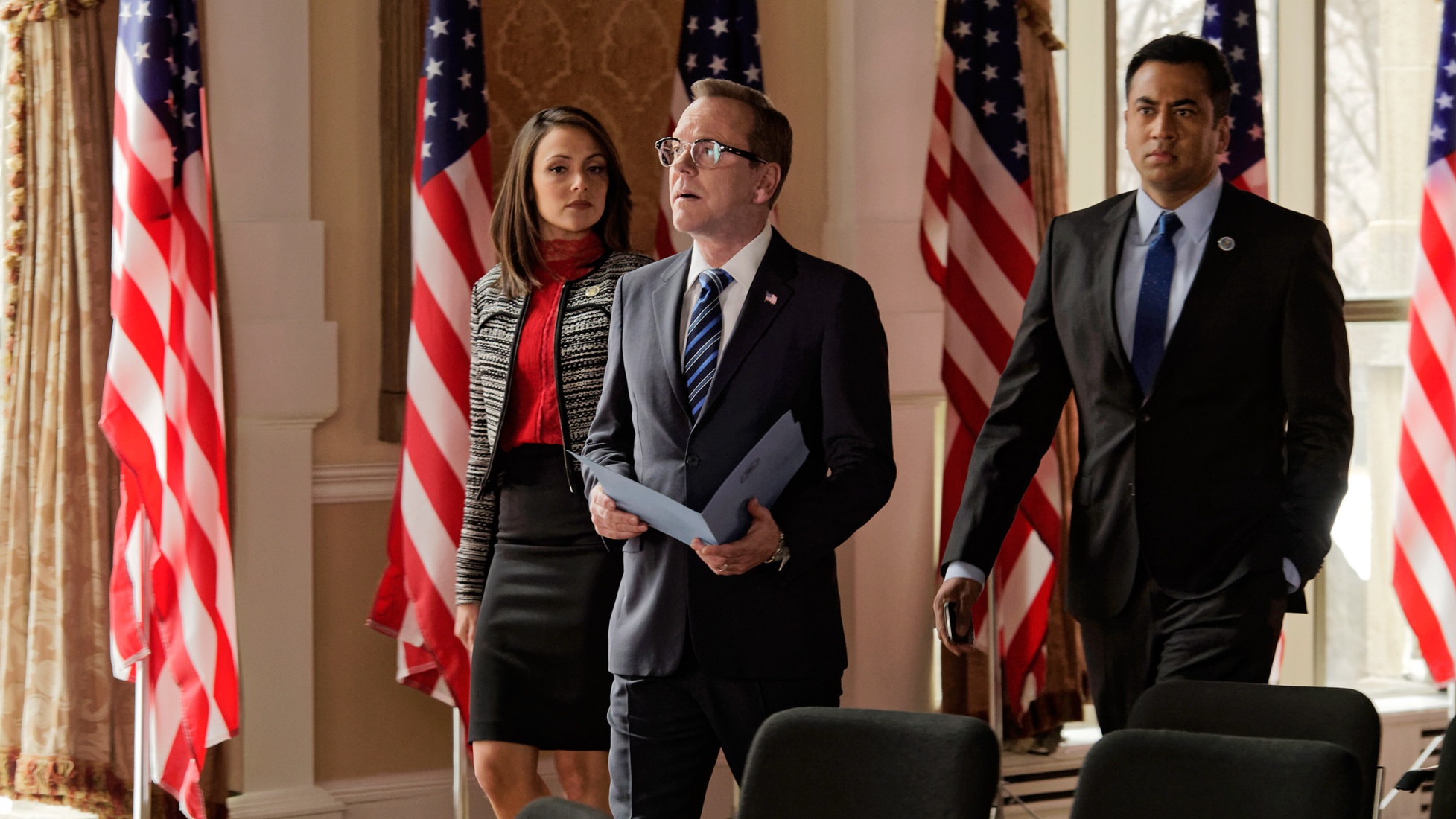 The ABC hit drama Designated Survivor returned for its sophomore season and picks up one year into Tom Kirkman’s presidency. The episode begins with Tom walking into the newly rebuilt capital building after last season’s devastating terrorist attack essentially completely destroyed it. He marvels at the grandeur of it, asking Mike, the secret service agent protecting him, if he believes the place was worth the seven billion dollars it took to rebuilt it within a year. The secret service agent answers no; he thinks it is worth more. Because it’s a symbol. A symbol of blah blah blah. And Tom smiles, looking off dreamily.

So THAT’s the kind of White House show this is now. More West Wing than House of Cards, but with a dash of Quantico thrown in for good measure–perhaps too light of a dash. Things have stabilized (mostly) for Kirkman and his staff–meaning it feels like they are all old pros at this. Kirkman was the Secretary of Housing and Urban Development when he was thrust into the Oval Office. The underdog. Now he seems like he was born for the role. Maybe that’s character development, but maybe that also makes the show a little more generic. 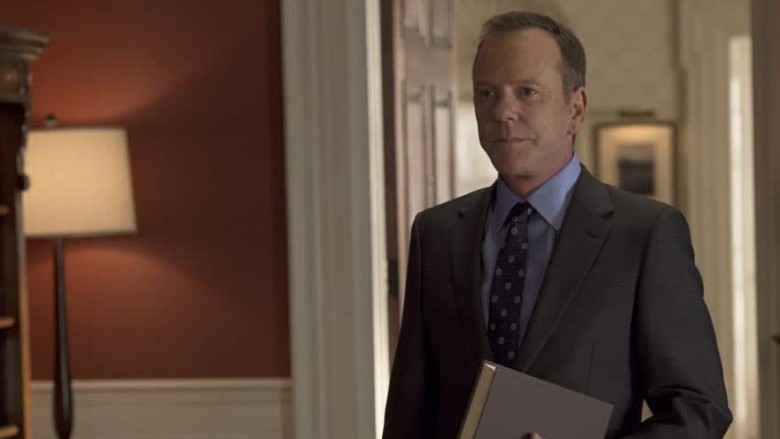 At any rate, the first crisis of the year arises when Ukrainian hijackers take over a Russian plane with Americans on board. Complicating matters further is an old friend of Tom’s has a seat on that plane, and if anyone finds out they could use it as leverage. But that’s not even the worst of it; as it turns out both the Russians and Ukrainians would prefer the situation play out badly. The Russians want it so they can use it as an excuse to go to war with Ukraine. The Ukrainians want it so that Russia can finally attack them and then their problem becomes the world’s problem. This all unfolds over the course of the episode, and is seemingly resolved with one tough speech Tom gives both the Ukrainian and Russian ambassadors at once, threatening sanctions and more if the two sides allow innocent Americans be killed in their conflict.

The plane is grounded and all passengers get off safely–except Tom’s friend, who tragically dies when the plane explodes due to… something I didn’t quite catch. But then it is never touched on again. Is this really being played off as an accident? The Russian ambassador hinted heavily that he knew Tom’s friend was on board that flight. They had to have done this as some sort of revenge or… are we really supposed to buy that this plane got hijacked THEN exploded due to a separate unlikely mistake? Yikes. Anyway, it allows Tom to give a sappy speech about his friend to his staff about all the 340 some odd million Americans they will never meet but serve every day.

The Russian hijacking was the main plot that drove the episode, but there was plenty of walking and talking to be done as we caught up with old characters (many of whom are in completely different positions). Aaron Shore is now National Security Advisor. And Seth Wright is now White House Press Secretary and he is questioning whether he is right for the role or not. He meets with some sort of high profile business man who offers him a job that could make him very rich instead. When Chief of Staff Emily Rhodes finds out she gives him an ultimatum: decide by the end of the day what he wants, or she’ll decide for him. Of course he lets her know he’s staying by tacking a little heart-warming speech about the President on to the end of a press conference. 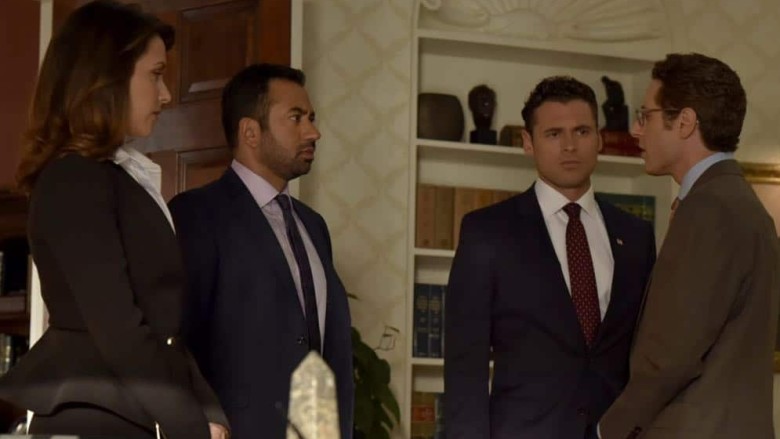 Emily also introduces a new character to the cast, Lyor Boone who she wants to be White House Political Director. He’s a quirky, fast-talking character straight out of anything Sorkin, and by the end he wins over the entire cast by thoughtfully critiquing their actions over the course of the episode, and telling them how they could be better. Tom is of course glad to have him on board.

Wondering where Patrick Lloyd, the man responsible for the terror in the first season is? So is Tom’s White House and the rest of the world. But have no fear, Agent Hannah Wells is on it. In Amsterdam she pretends to be drunk and is taken home by a British MI:6 agent. She attacks him at first, then they discover they’ve been tailing one another and are actually on the same side. Together they go through a series of shady warehouses looking for Lloyd, and ultimately find one with a bunch of passports and airline tickets. The episode ends with Lloyd back in D.C. looking at the newly rebuilt Capital building. Yuh-oh.

Overall the episode moved quickly and I never felt bored, but it never rose to great heights and certainly did not feel like a show about a pretty average man who suddenly is forced to become President of the United States. It’s not secret the show has been restructured, but does it have to be such a West Wing rip off?