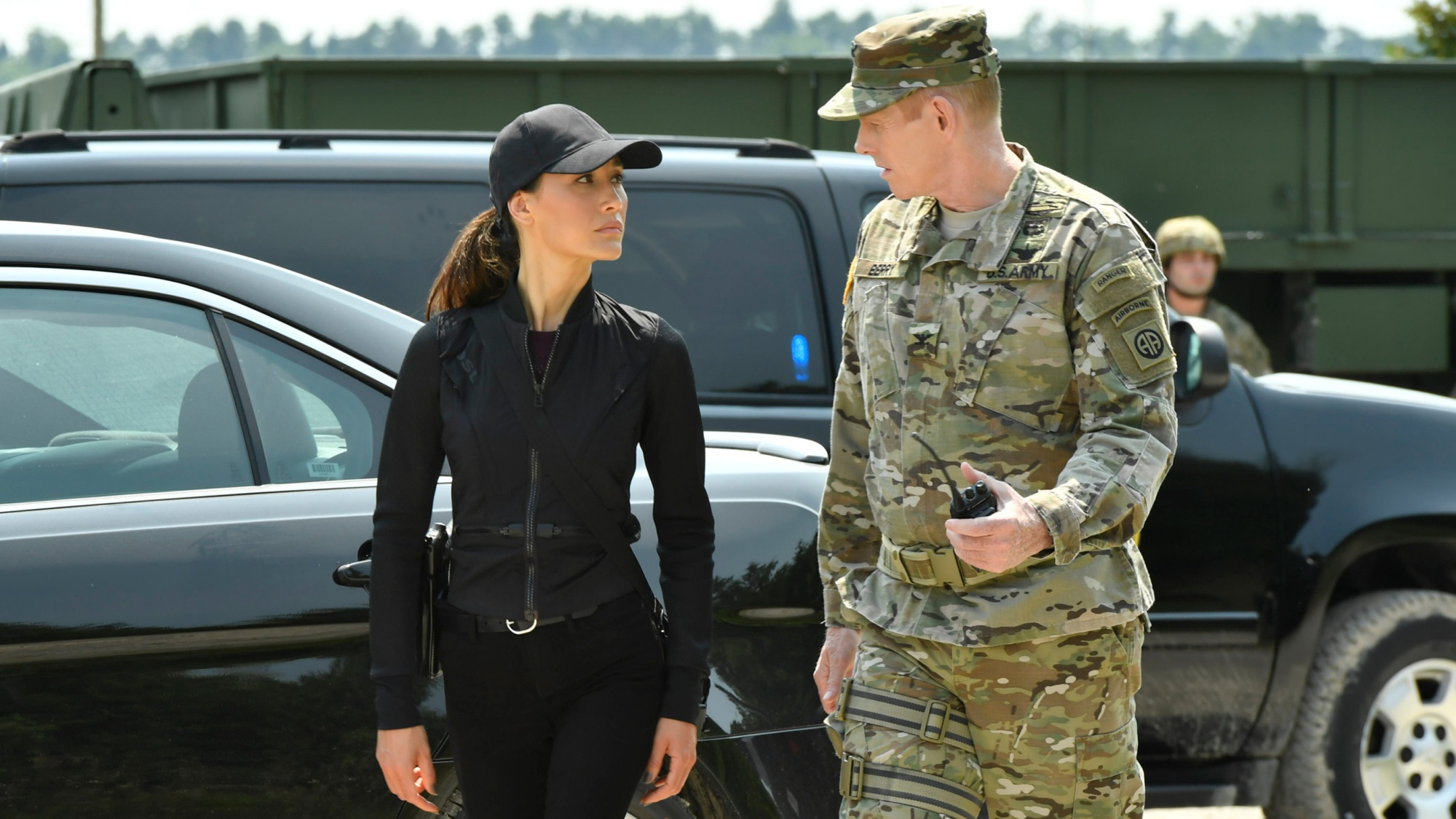 So last week on the season two premiere of Designated Survivor we saw, in the closing few seconds, that the villain behind the terrorist attack in the first season, Patrick Lloyd, had once again shaken his pursuers (agent Hannah Wells and her new MI-6 friend Damian) and returned to the United States. This week as President Tom Kirkman learns of his return, we follow the adventure tracking Lloyd, learning very little else about him, and finally–at least for now–see his story come to an end.

Hannah and Damian return to the States to track Lloyd, and decide to do so using… his ear. Yes, his ear. Apparently peoples’ ears are as unique as our individual fingerprints, if not more so. Who knew. But at any rate, they attempt to track him around D.C. using their distinct body part of choice and end up discovering that Lloyd had an estranged son. They haven’t spoken in over ten years. If my dad took out most of the United States’ represented officials in a deadly terrorist attack, I may stop calling him all together, too. Unfortunately, they don’t learn much from the kid. Lloyd did come by, and try to give him money, but the son has no other real information on his dad’s whereabouts.

While his agents are on the hunt, Kirkman needs to be very careful and calculating about his best approach to dealing with the news of Lloyd’s return. At first he wants to make good on his word to the American people that he will be a completely transparent president, but Emily and Aaron let him know pretty quickly that that’s a terrible idea. It would cause chaos and make it harder to locate Lloyd. That may even bet what Lloyd wants. So that promise is broken, I guess. 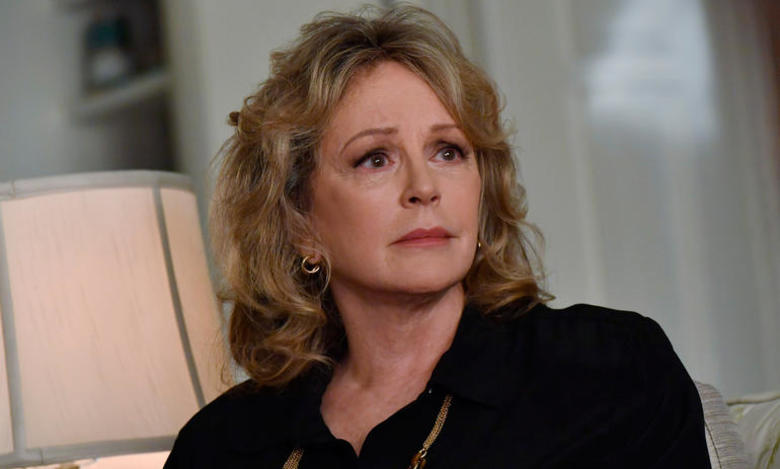 The issue still stands of how Kirkman will break it to Congress. They figure their best approach is to first inform the House-Senate Committee. The senators are not happy with Kirkman’s decision to keep the public in the dark about Lloyd’s return. When they learn that the president already classified the information before they even sat down with him, they take it as a direct slap in the face. They would have at least liked to have been consulted. The Missouri senator ends up leaking a story to the press about the President closing a military base in his state. That’ll teach ’em! Kirkman’s pissed but he’s about to have to deal with something way more stressful. His mother-in-law.

No she doesn’t show up at the White House to boss him around like other TV mother-in-laws would. She’s returned from France where she was learning to draw for the entire first season (so that’s explained). One Patrick Lloyd decides to make things personal between he and Kirkman by paying his mother-in-law a little visit. He ransacks her place while she hides in the bathtub. She makes out okay, but the message is clear: Lloyd is making it personal and he is crazy.

The pressure is on to find Lloyd. Grasping at straws, Chuck is able to come up with something: a property the terrorist is linked to in Rockville, Maryland. Hannah and Damian head there to check it out and are almost immediately met with gunfire. They chase him and he seals himself off in a bunker. They cut off his internet and any communication with the world and arrange it so any messages are sent directly to them. But all Lloyd has to say is this: either President Kirkman pardon Lloyd of his crimes that night at the White House Correspondents Dinner, or he will release deadly sarin gas on the city. 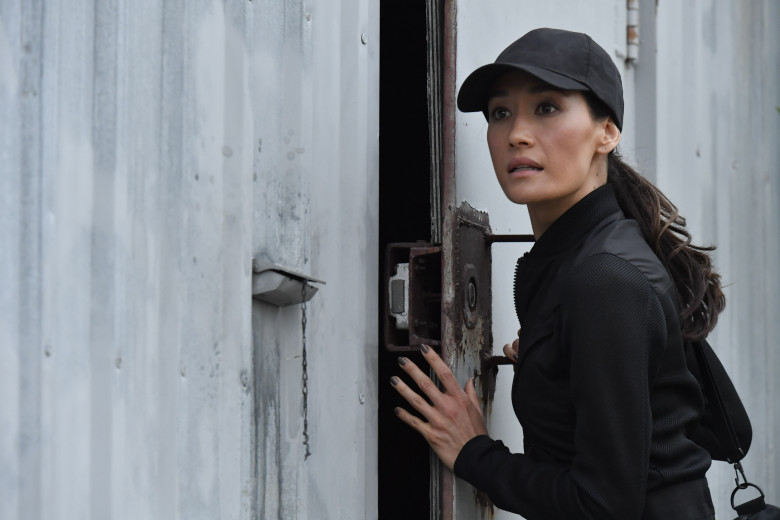 They don’t have much time. They ultimately conclude that their best and only option is to use a drone to bomb the hell out of the bunker. But using a drone against a United States citizen on American soil is unprecedented, and possibly illegal. The House Senate Committe tries to stop it, but then there’s a loophole that if the FBI flies the drone, as opposed to the military, it’s totes fine. Sure.

The bomb is dropped, the bunker is destroyed, and Patrick Lloyd’s remains are found. If this is really how his character ends, that was kind of a dud. We barely learned his reasoning behind his terrorist attack; he felt the government took his father and son away from him. Really?! That’s why you killed most of the federal government?! At any rate, he’s not completely gone–turns out the Internet connection wasn’t totally killed and he was able to upload something to the cloud before he died. What that is, we will hopefully learn next week.

Oh and while all this is going on, Seth is trying to understand the humor behind the White House Correspondents Dinner and write jokes. He’s not funny and it doesn’t go well. That’s about it.

Overall, the episode was a bit anticlimactic. Some of Lloyd’s actions didn’t really make much sense (his mother-in-law? really?) and it was not supported by any side story remotely resembling interesting. Hopefully it’s not a sign for the season to come.