This week’s episode of The West Wing Wannabe, er–I mean, uh, Designated Survivor, sees President Kirkman lose some serious points in his approval rating at a time where it could spell political catastrophe for him. But it was a hard story to buy considering our current president can, by his own admission, stand in the middle of Time Square and shoot someone and not lose supporters, and Kirkman’s gaff was way more forgivable than that. More on that in a moment. There were several other storylines playing out here, none of which truly took off or stood out in between scenes of quick-talk and walk through the White House. The first of which involved a member of British Parliament.

We open on Charlotte Thorne, the aforementioned member of British Parliament, going for a morning job. She is in town to attend and speak at the G20 Summit, and apparently she is quite outspoken. It is known around town she will be naming names of illegal arms dealers and the states that support them. This of course makes her a prime candidate for Person Who Should Not Go Out Jogging Alone of The Year. So of course she is murdered on her jogging path, and of course she’s murdered when she stops because she hears a noise and asks if someone is there… Who would do this on a morning jog? Who cares if someone is there in the bushes? Would that be weird? You’re in the middle of a big city. Just keep moving. Anyway, so she gets shot and killed and now Agent Welles and, you guessed it, new possible love interest Damian of MI-6 are on the hunt for the murderer, which leads them to an arms dealer named Cray. 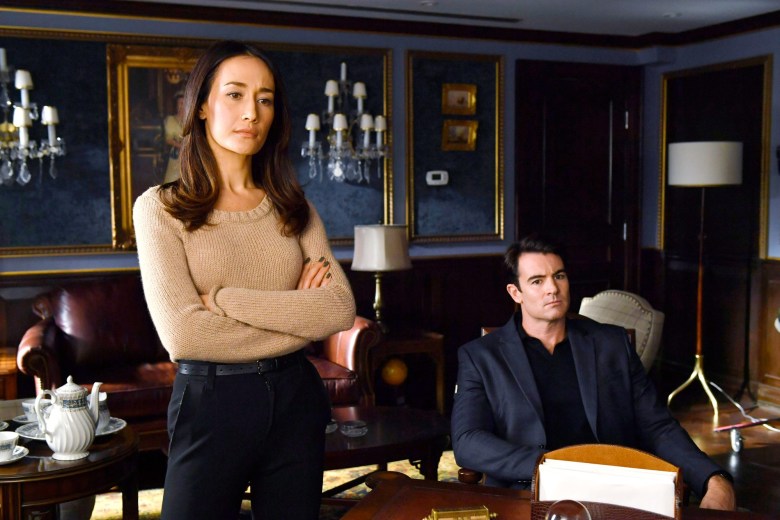 From there we go to the hockey rink. President Kirkman is getting body-checked by a Senator Rouse, a Republican but someone Kirkman has called a friend for a long time. In the locker room, Kirkman and Rouse talk about the pension bailout bill making its way to a vote. Apparently many American workers pensions were wiped out in some sort of big bank folly. Kirkman is of the thinking that the government should help people who can’t help themselves and wants Rouse’s support. Rouse says that is called charity. He is against the bail-out for everyday Americans, but not, as Kirkman points out, when it is for Wall Street. Kirkman makes some sarcastic comment about the American people being “suckers.” Uh-oh.

The next day it’s a Code Red emergency when Rouse goes on Carson Kramer to speak live about the pension bailout, and speak of his opposition to it. He also drops that the President said to him in a private conversation that the American people are “suckers.” SUCKERS. HOW DEVASTATING. The Oval Office has a meltdown. They call it “political Armageddon.” The media is calling it “sucker-gate.” I’m sorry but I couldn’t help but laugh at this with the current administration going through media and PR crisis about three times a day at this point with things much more racy than “suckers.” For this reason I never really bought into this storyline.

And the others ones weren’t going any better. Last week you’ll remember that Alex Kirkman’s mother was subpoenaed after Agent Welles found some receipts that Patrick Lloyd left untouched in her home after turning the place upside down. These receipts seemed to prove that Alex’s mother took a bribe to have her husband bumped up a heart transplant list. It is also somehow connected to the murder of a man named Eric Little. This week Alex needs to lawyer up and fight the subpoena, and of course she goes to White House Council Kendra Danes. The problem is Alex insists on being “second chair” in the court room. She speaks up when the prosecution lawyer appears to be winning his case in front of the judge to let the subpoena stand, but she speaks emotionally and not from a logical place. It doesn’t do them any favors. Kendra has a talk with her, goes back in, and gets the subpoena dismissed. And that was that whole story. Not very intriguing. 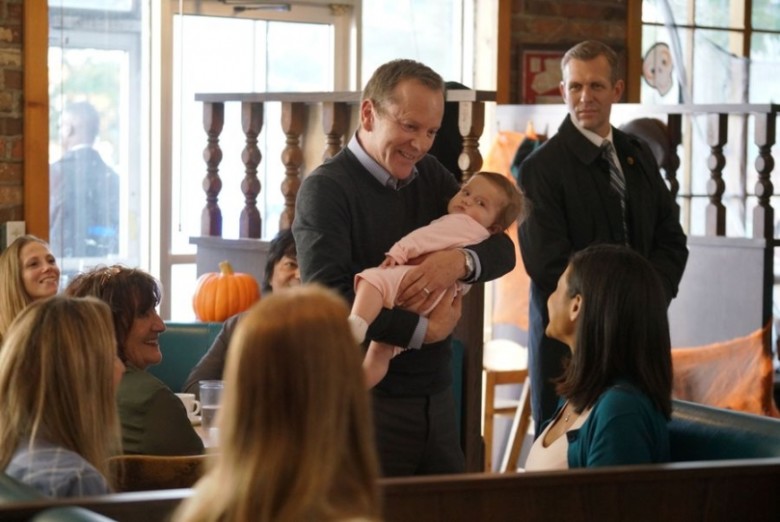 Meanwhile, Hannah is having a glass of wine in her apartment when there’s a knock at the door. It’s Damian. He ships out the next day. We know where this is going. They kiss, but I dunno… I guess the writers have just not done enough to butter me up on this relationship. I don’t like it. Then again, I don’t NOT like it. I “nothing” it. Which is far worse. I’m bored. Luckily they are interrupted by a development in the Thorne murder. It appears that they are chasing the wrong Cray. It is the arm dealer’s wife who looks guilty due to some suspicious bank account activity, while video evidence puts the man Cray elsewhere at the time of the murder (does it not occur to him that even if he was responsible for the murder, he could have very easily hired somebody to do it for him? Or that husband and wife could be working together? I dunno about these special agents, guys. Anyway, this is as far as this story gets this week.

At any rate, POLITICAL ARMAGEDDON is happening with sucker-gate still ongoing, and Kirkman of course is not willing to sling mud to discredit Rouse, despite the pressures of his team, particularly Lyor. In the end when it looks like he has no choice, he tells them to book him for the Carson Kramer show. His team believes that he is going to expose some dirt on Rouse, but no actual viewer of this show could have possibly believed that unless they are really drunk or just stupid. Kirkman’s a good man! He always takes the high road! He does not smear Rouse’s name and instead gives a cheesy “inspiring” speech about Americans believing in the American dream and blah blah blah, which boosts his approval ratings back up the next day. Kirkman’s administration and legacy is saved!

Overall, the current political reality does not do any favors for White House-set shows like this. To be fair, I think House of Cards and Veep even lost something as well with their new seasons. But both those shows have their own very original takes on the Oval Office that Designated Survivor  seriously lacks.