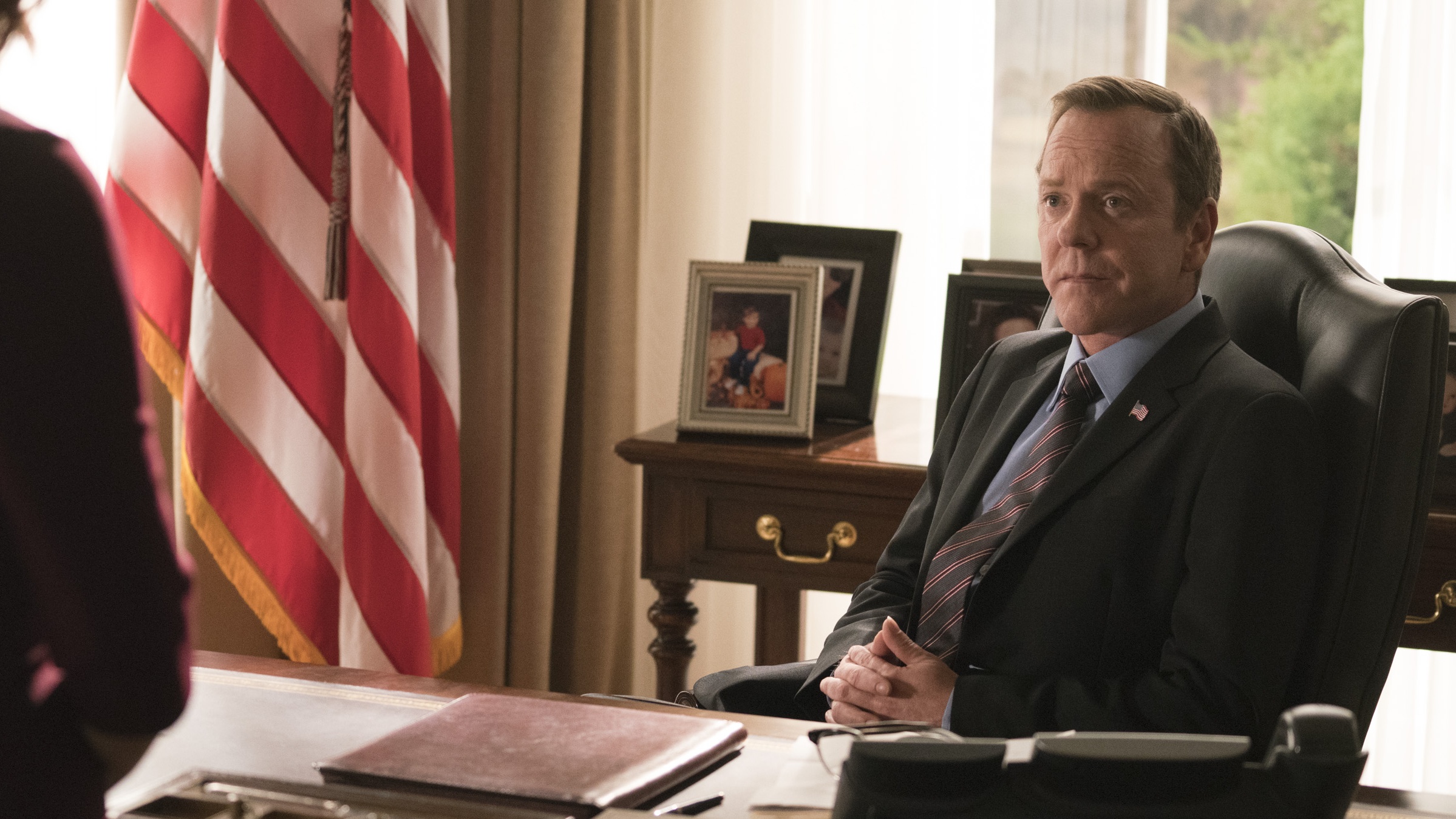 For the episode before the mid-season finale of the show, this episode did not have a lot of substance. Three-Letter Day is a special day in the White House where, out of the thousands of pieces of mail the president receives regularly, he chooses three to be dealt with personally by his staff. None of these three sub-stories are particularly interesting or entertaining, though the team-up of Seth and Lyor was at least watchable. Just like last week, it felt like this week was a stall because they needed to save the juiciest stuff for the episode before the break. Stretching out thin plot does not make for good television.

Kirkman assigns three teams to deal with the letters he has chosen. Kendra and Hannah are going to speak with a man on death row who had an anonymous person write a letter to the president on his behalf asking for a pardon. Emily and Aaron address a widow’s request for her deceased soldier husband to be given a medal of honor for his sacrifice. And Seth and Lyor look into the death of one man’s bees. Yes, bees. There wasn’t one more worthy cause among those letters than bees, Kirkman? Anyway, he’s the boss so he calls the shots. And they’re off. 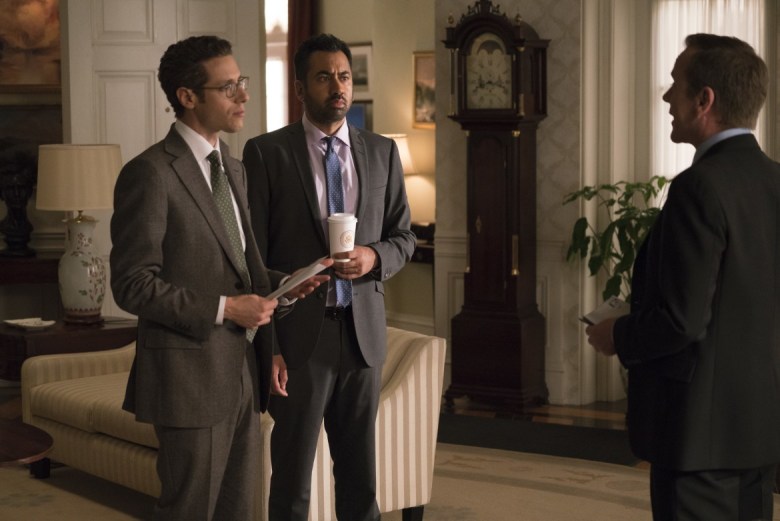 Kendra and Hannah speak to a man named Dern, who is on death row for the murder of a woman he claims he did not commit. He had been represented by a clearly incompetent lawyer and subsequently exhausted all his appeals. They tell him that the President is interested in his case, but he cautions them not to give him hope, as it is a dangerous thing for a man on death row. Personally, I’d be like, “Yeah, give me the hope, all of it, thanks.” But everyone’s different. They set off to find out what they can about Dern’s case and eventually speak to his son, Frank, who seems to be a pretty straight-laced guy. He even visits his father twice a week. His sister Tracy on the other hand hasn’t visited once in 16 years. When Kendra and Hanna investigate THAT, they find out she is a loner addicted to drugs. Ultimately it’s determined that Frank was responsible for the murder, his father took the fall for him, and Tracy’s guilt/resentment of it all drove her to drug addiction. Kirkman decides that Dern will get a pardon for his execution but will stay in jail until the truth comes from his lips.

Emily and Aaron visit the widow of the deceased soldier. It turns out that her husband’s commanding officer has not responded to any of her calls or letters in regards to getting her husband a posthumous medal of honor. When Emily and Aaron investigate further, the Commanding Officer tells them that it is because the day the man died he was not in the action. He was a mile away. He did not want to tell the wife that for fear of dashing her beliefs about her husband being a hero. When they present this info to Kirkman, his bodyguard Mike calls BS. That soldier would not have been away from his brothers in arms if they were taking fire. So when consulting his Commanding Officer again, they learn he is keeping the medal of honor from the man because he was having an affair with his wife. Yikes. He’ll give him the medal of honor, but he will come out to the widow with the truth. This obviously will be a disaster so Kirkman invites the widow and her son to the Oval Office, where he gives them a flag and tells them the man was a hero.

And now, the bees. A man’s bee colony is dying off and he believes it has to do with magnetic fields from a small airport recently built by his home. The bees can’t find their way back to their colony. Ultimately they determine that the man’s wife killed the colony of bees because she was jealous the attention the husband gave it. Lyor orchestrates the entire thing so that the married couple will discover the truth and they can leave, their job done. Gotta love, Lyor. 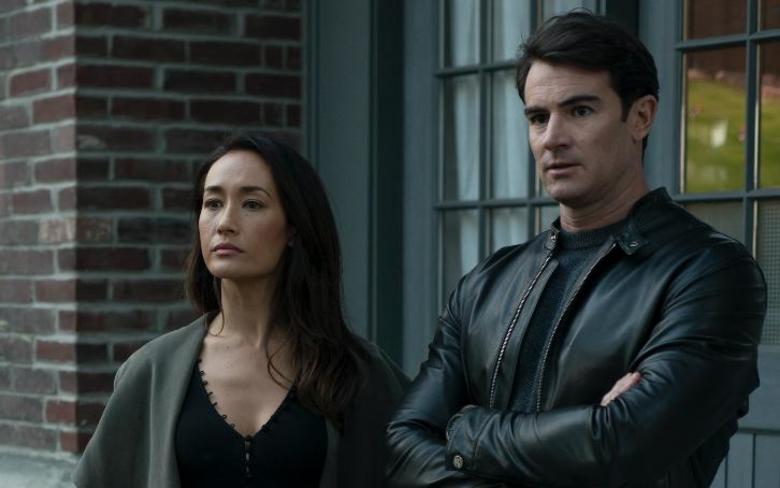 In other non-Three-Letter Day plot, turns out Kirkman knows about Seth’s arrest for covering for his brother’s drugs last week. Emily confesses to him and she advises he fire Seth, but Kirkman refuses, saying he will give him another shot. Alex wants Kirkman to fire Forestal before he can indict her or her mother for the St. Lucia bank account in her name she’s been framed for. Kirkman refuses, but he does have Hannah on the case looking for the banker who set up the account for Eric Little in Alex’s name. While looking for the man, someone tries to kill her by hitting her with a car (which is later revealed to be Frank, Dern’s son, who didn’t want her investigating any further). But how did he know where to find her? Chuck pings a cell phone call to Frank from a cafe that Hannah had been sitting in with Damian! DUN DUN DUNNN. For now it looks like he is a traitor, but I’m willing to bet it was somebody else in that cafe and not Damian himself. We will see if my prediction plays out on the mid-season finale next week.