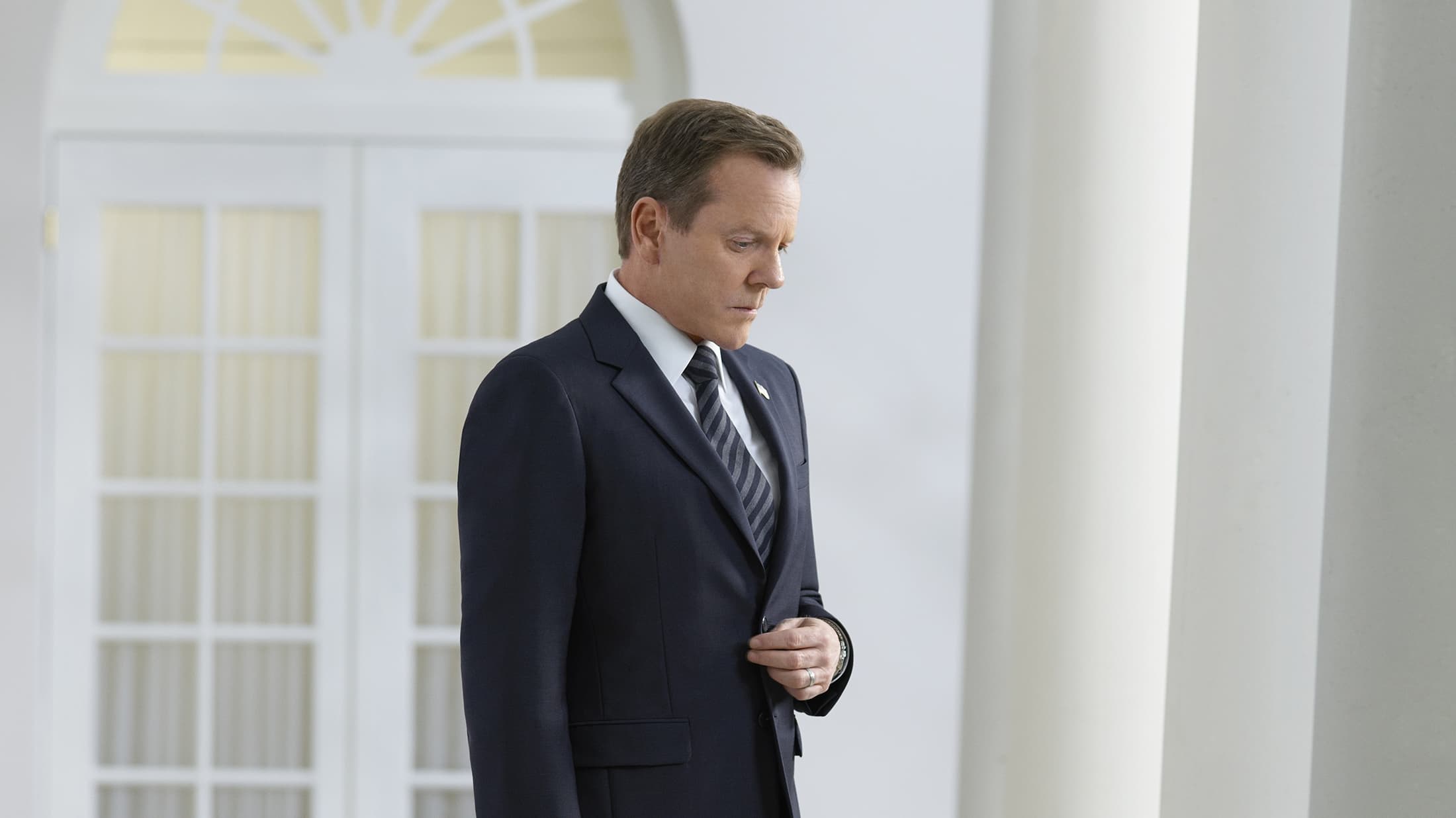 Wow. Well, a lot happened on this week’s episode of Designated Survivor in an almost unbelievably short period of time. Might as well dive right in. We open in the Persian Gulf on a U.S Navy ship, the U.S.S. Verona, three miles off the coast of a fictional country called Kunami. A storm has disabled its radar and swept it off course, sending it colliding with some sort of Kunami garbage barge. Twelve people die and dozens are injured. The major problem for the survivors, and thus for President Kirkman, is that the U.S. ship was spying and not supposed to be in those waters. So now with the Kunami attention on that ship, how will the United States be able to save three hundred of their people in hostile waters, without pissing off an enemy state and renegade regime?

On top of this, you’ll recall that last week a member of British Parliament named Charlotte Thorne was murdered in a park in D.C. and her killer is still at large. Agent Hannah Wells, and her will they/won’t they British MI-6 agent counterpart Damian, had been turned onto an illegal arms dealer, and particularly his wife, the Crays. The Crays conceivably would have stood to benefit by murdering Thorne before she was set to make a speech that day in which she was rumored to be planning to name names in the arm dealing industry. When we first catch up with this plot this week, Wells and Damian are talking to Mrs. Cray’s secretary, a young woman named Peyton Lane. They want her to relay some information to her boss: that they are freezing all her assets until she talks to them.

Meanwhile the diplomatic approach to rescuing the people on the U.S.S. Verona is not working. The Kunami diplomat in D.C. tells Aaron that any ship seen in their waters will be considered a hostile act, even if it is just a humanitarian rescue mission. He points out that the Verona was not in their waters for humanitarian reasons to begin with, and there’s really no arguing with that. Realizing that a bargaining chip fell in their laps in the Verona, Kunami says they will permit rescue efforts in their waters if the United States will agree to lift the prohibition on their uranium program. President Kirkman says this is not acceptable.

When Mrs. Cray finally does come out from her hiding place, Mrs. Cray has lawyered up. She and her lawyer talk to Wells and Damian and  Mrs. Cray says that she had nothing to do with her husband’s business, and her lawyer points out that the government is just using her to deflect from the fact that they can’t solve the high profile murder of Charlotte Thorne. Wells warns Cray that her husband is a criminal and will betray her if it comes down to it. Soon enough, there is another surprise. A ransom video, holding Cray’s assistant Peyton Lane. Lane speaks to camera, crying, telling the U.S. government to extradite Darius Cray to Malaysia or she will be killed. If Darius is charged with illegal arms dealings in Malaysia he will barely get a slap on the wrist compared to the fifty years of hard time he would do in the United States. Secretary Moss tells them that it’s just not possible to extradite Darius Cray, and so Wells and Damian must track down Peyton.

Diplomatic efforts with the Verona aren’t working. Congress refuses to loosen other sanctions against Kunami. And the Verona is sinking quickly. Kirkman is alerted that the Navy’s fifth fleet is in place to go in and rescue their people. But the Kunami diplomat is drawing hard lines in the sand (or should I say water); if the United States Navy violates his country’s sovereignty again by entering its waters, it will be considered a declaration of war. Holy cow. That escalated quickly. All because a ship crashed into a garbage boat of some sort. Anyway, Kirkman is not one to back down, and orders the rescue boats into Kunami waters, telling his commander to sink every ship the Kunami have if they engage.

Hannah and Damian review a second ransom video of Peyton Lane and notice that at the last moment she goes off script, telling them to tell her family she loves them. She names them by name, but Damian notices that her parents have different names than what she said and that she doesn’t actually have any siblings. They take the first letter of each name and spell the word “BELLS.” They find a Bells Avenue on a local map and look for any remote places where she may be being held. Next thing we know a swat team is kicking down doors and there she is: Peyton Lane alive and well.

What’s more is a burner phone on the kidnapper revealed its last call was to a hotel where Mrs. Cray was staying. So yeah she was pretty obviously behind this. But she still insists she did not kill Charlotte Thorne. She needed Thorne because she diverted attention off Mrs. Cray and put it all on her husband, allowing her to operate her illegal business (not sure that checks out logistically, but we’ll go with it). So the killer remains at large.

As for the Verona, the man Kirkman has been speaking to via satellite, Captain Will Griffin, decides that despite the rescue boats getting all his men off the ship, he would go down with it. In fact he purposefully floods the boat to purposefully stop Kunami from figuring out that they were in fact spying on them. Kikrman tries to talk him out of it but ultimately can’t. It’s a low blow for the President and his can-do attitude. We don’t see him lose often, so this was a bit surprising.

Oh yeah, then there’s the Kirkman’s mother-in-law storyline. Remember she was being investigated for accepting bribes thirty years ago from a man named Eric Little who recently turned up dead, and is somehow connected to Patrick Lloyd? White House Council Kendra Danes is on the job defending her, but we find out this week that when Mom said she hadn’t seen Eric Little in thirty years, she was lying. She actually saw him six months before he was murdered. So that means her daughter, the First Lady, lied to a judge and this could be seen as obstruction of justice.

And finally, and as an afterthought because the plot was so uncompelling compared to all these other goings on, Emily reunited with her absentee dad who she hadn’t seen in twenty-three years and brought him to the White House. There’s always some plot where some tangential character is waiting around the White House while a main character deals with something else. Anyway, turns out Dad just used her to get in the White House and skipped on her again. Waah-waah.

Overall, an entertaining hour and I’m glad the focus remained on the meatier stories compared to the character stuff with Emily that fell flat.