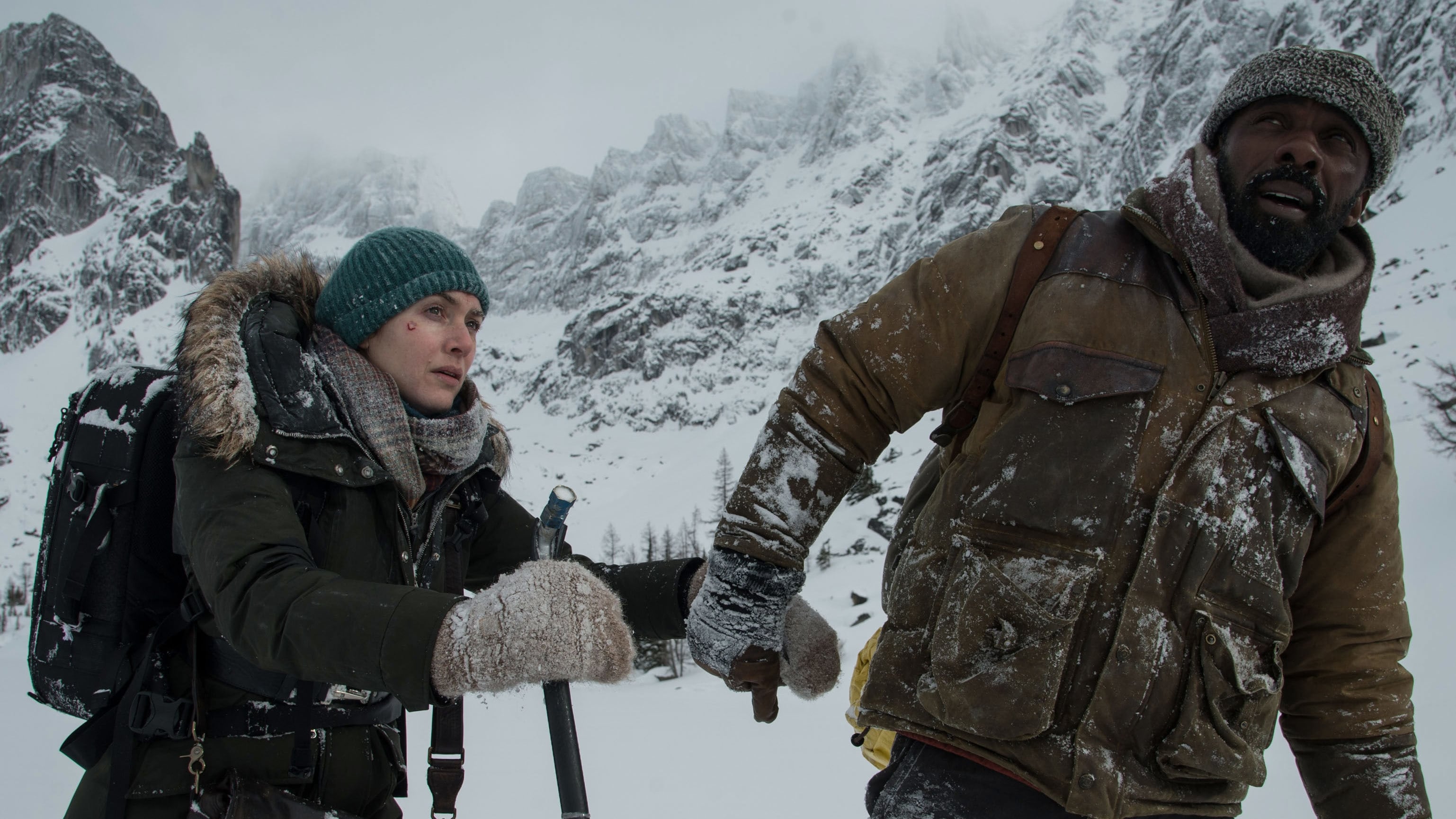 Two of the films Hany Abu-Assad directed have received Oscar nominations, 2005’s Paradise Now and 2013’s Omar. Yet, neither of those movies might have made him the most obvious choice to direct a movie based on Charles Martin’s novel The Mountain Between Us, though he’s done an amazing job doing so.

Making The Mountain Between Us, Abu-Assad works with two of the best actors on the planet, Kate Winslet and Idris Elba, playing two strangers who meet at the airport when their flights are cancelled. They agree to share a chartered plane but when it crashes high in the Rocky Mountains, all they have is their wits (and the pilot’s scene-stealing dog) to get them through the tough process of surviving as they trek across the snow-covered peaks. The film is way more than just a survival movie as it follows two amazing actors at the top of their game, as they create  a connection between these two strangers who are depending  on each other.

The Tracking Board spoke with the filmmaker just before his film premiered at the Toronto International Film Festival (TIFF) last month.

This is such a different movie for you and quite an impressive one, because it’s large in scale but also quite intimate. You just have two characters and a dog most of the way through but in such a huge landscape. How did you find out about the project and had you read the book?

No, I first read the script, and I realized the great combination of survival and love. Normally, you don’t have this combination together in a movie. This is also a great opportunity to make an entertaining movie on the surface, but actually in a poetic way, it’s about the meaning of life. What’s important in our life? Is it survival? Is it serving? Is it communication? Is it understanding? The third reason, the idea just to have two actors and not more, it’s very challenging because how you want to keep the attention of the audience just with two characters and it becomes their intimate portrait.

Yes, the challenge to find the right actors…  Kate and Idris were amazing. It was really worth it to have this risk, because they really elevated it. When I look at the movie, I’m very satisfied because it’s a very simple story, very appealing, very entertaining, but meanwhile let me at least think and ask myself questions and see life in a poetic way.

Had Idris or Kate already been attached or were they already involved at this point?

After we developed the script, we started to search for actors. A lot of names being like, “What about this and this? What about Matt Damon with Rosamund Pike?” All kind of combinations. At the end, we end up with Kate and Idris because when we saw them at the BAFTA together presenting the best British movie two years ago. We saw them together on the stage, and Immediately you felt like, “I want to see this movie.”

Does BAFTA get a production credit on the movie?

These are two of the best actors working today. Did you or them want to do a lot of rehearsal before they went out into the wild? How did the three of you prepare for what would be involved in making this film?

Well, it’s funny, we all tried to prepare ourselves physically, because we were really in real dangerous, but beautiful places. Yes, we want to be fit, we want to … Altitude, it’s very high, so you don’t have oxygen, so you have to prepare for that. Physically, you prepare yourself, the three of us. About the movie, we just talked about the characters, about the tone, about the drama, about analyzing every scene. During the shoot actually, we did not prepare ourselves because the element was surprising all the time. It was a third factor and a third character. A lot of times, it was a pristine snow, so we could make just one take. It’s so difficult, because it’s deep snow. It’s difficult to cover it again. It’s difficult to make another take. Kate is an actress that she wants to rehearse the scene. Idris wants to shoot the rehearsal. It’s a complete different attitude towards working together. This helped the movie actually, because it’s about two different characters. The fact that they were two different actors, meant they had their different methods, helped believing that they are two different characters, that they tried to understand each other.

Their characters didn’t know each other beforehand, so that was something important to make it more convincing.

Yeah. They never worked together before, which is similar to their characters. 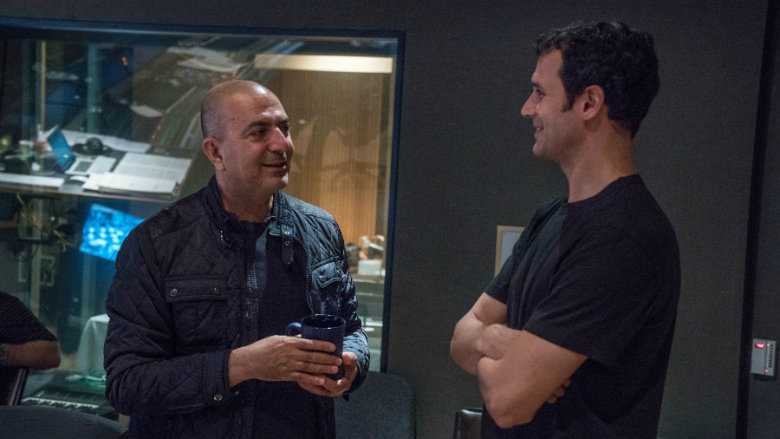 Where did you shoot the movie? Did you actually find a place in the Rockies and what size crew did you have?

We shot it in Canada, in British Columbia, but the story happens between Idaho and Denver. Colorado, Rocky Mountains, but the crew size depends on which areas. The plan was like this: We will go every day to the wildness with cars. 50 minutes ride in the bumpy road. We had our base there and we would wait the weather. If it’s cloudy, we go under the tree line. If it’s windy, we go to the tree line. If it’s clear, we go to the mountains up to the summit. We had every day, six call sheets, because we didn’t know what it’s going to be, the weather. That helped us actually in making a movie that feels genuine and real.

You’ve worked in your home in Palestine for many years and you know that environment very well. How did you acclimate yourself to the weather there which is very different than what you’re used to? You must have had a very good plan going in.

Yes, but the weather dictated actually our plan and dictated our shoot and dictated our performance. It becomes a third element actually. I call it, it’s a third character, the elements, the mountains, but without knowing in advance what he’s going to do with us all. With me as a director and why I will make these choices. My choices were depending on the weather, you know? Really, it was a third character.

How big a crew did you have up there on the summit?

Oh yeah, so the size of crew. Down, we had the normal size, 200 or 250. Up at the highest point, we were like with 40. No, 20. Then at 11 thousand feet, we had 20. 10 thousand feet, we had 50 I think. Treeline, we had 60. Then I think down, 200 or something. Down the valley. The valley where there was still snow and it’s still cold and still actually colder because the valley down where we go with cars, where our base camp is, is colder because it’s under the clouds. You don’t get sun.

How did you deal with the animals? You had a dog. Did you have a real wildcat or was that all CG?

No, no. Actually, the dog was the diva. Like he behaves badly. He performed well.

Was it just one dog or did you have multiple?

No, two. Two, but mainly one. Riley was the main actor and then his stand-in was … What’s his name? Riley and Austin.

Are you still bouncing back and forth from doing stuff in your country to here?

Sure, sure. Now I want to continue doing big, big movies. It gives me an opportunity to explore part of my, let’s say, craft, that I couldn’t explore before. This is interesting to me now. I don’t mind to go back and do small movies. I love also doing small intimate movies.

Mountain Between Us opens nationwide on Oct. 5.