Tweetable Takeaway: The Doctor endures over 2 billion years of punishment and now someone is going to have to pay the price. Tweet

This episode of DOCTOR WHO was unlike anything we have seen before. Throughout the entire 1 hour episode there was essentially only a single speaking part, The Doctor. Knowing this I was skeptical going in, but eventually blown away by Peter Capaldi’s performance, albeit a little confused with some of the story. 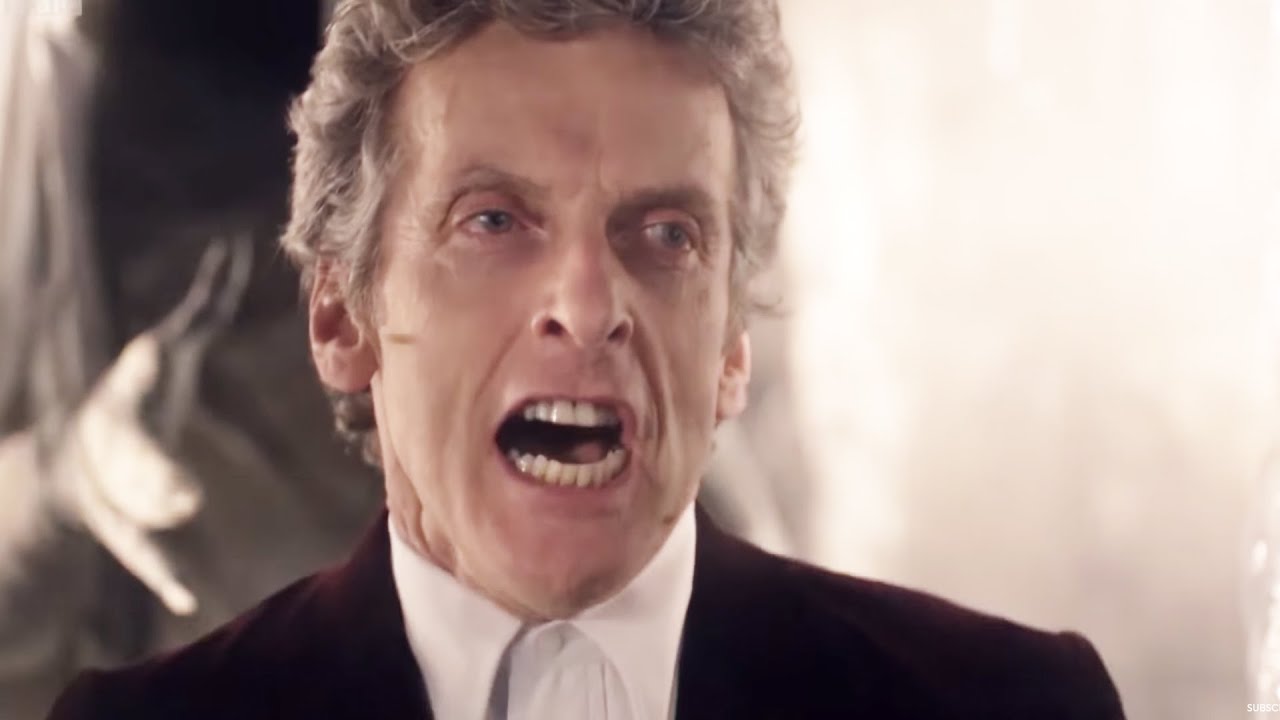 The entire episode revolves around The Doctor being stuck in a castle, which was specifically designed to terrify and torture him to eventually elicit a confession. The castle is one giant moving puzzle, built with alien technology of course. We follow The Doctor as he begins to unravel the mystery and tries to discover a way out of this castle. There are multiple puzzle pieces and clues that he begins to string together as The Veil, a creature that unrelentingly, but slowly follows The Doctor throughout the castle.

In terms of action, that was pretty much all that happened for the first 90% of the episode. The Doctor is trying to solve the puzzle of how to get out of the castle. However, the brief interludes in which The Doctor “slows time and concentrates”, when he enters his mental TARDIS and talks to the memory of Clara Oswald, we see Capaldi at his best. Early in the episode he wants nothing more than to seek vengeance for the loss of Clara, but as the episode progress The Doctor asks why he can’t just lose. Something in his DNA refuses to let him every give up, ever let go, ever not WIN!!!! Despite wanting to give up many times The Doctor continues to proceed through the maze of the puzzle to try to discover how to get out.

This is where the emotional heartstrings start to get pulled. The Doctor finally makes it, to what he believes to be the last room, where he can see home, only to have it blocked by a 20 foot wall of near impenetrable stone. Without any tool and The Veil bearing down on him, he begins punching the wall to weaken it. Obviously he does not get far before The Veil nearly kills him. Being a Time Lord, death is a slow process. The Doctor manages a many day climb, after being crippled and on deaths door, back to the transporter room. This is where he realizes that if he activates the transporter, he can kill himself, but bring about a new version of himself. This new version will more or less “freshly” arrive with no memories of what happened, since it is based on the imprint left when he first transported from the hidden street. The Doctor realizes his fate; he must do this over and over again until be breaks through the wall. 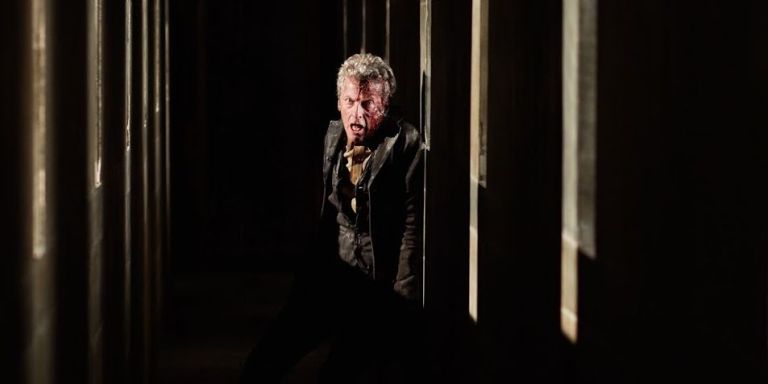 As The Doctor walks through the hole in space-time he enters a desert where a young boy arrives. The Doctor tells him to go to the city and tell them all he is back and he has just taken the long way around. The camera pans up and we found out that The Doctor had just escaped from his own confession dial and has wound up back home on the lost planet of Gallifrey! All this is tied together with the prophecy of the half Time Lord, half Dalek creature, that The Doctor know believes he may be. This is where the story telling was lost on me. This creature was brought up in episode 1 and 2, then never mentioned again. The whole confession dial and this episode arch revolves around it, yet the idea and what has happened to Gallifrey seems to be lost in the shuffle. Hopefully the writers clear a few things up but continue on this exciting track with Doctor Who. Seems like we may finally be getting some new bad guys, in the form of Time Lords!