Tweetable Takeaway: An emotionally packed conclusion to the Zygon story delivers. It officially ushers in the era of the 12th Doctor. Tweet

Last week DOCTOR WHO left us with a missile heading towards the President of the World, a.k.a. The Doctor’s plane. Of course we don’t open with that. We open with Clara Oswald in an odd dream like apartment. As she explores the apartment she realizes something isn’t quite right. After her time inside a Dalek (remember that episode?) she knows she has some level of control inside this mental trap. We find out that she can subconsciously control Bonnie, which ends up being quite useful. Cut back to the first missile firing. Clara’s connections causes the first missile to miss, however, Bonnie reasserts control and manages to blow up The Doctor’s plane. The Doctor being The Doctor just needed that small warning and he and Osgood parachuted to safety.

As The Doctor and Osgood make their way back to London he received a strange message from Clara/Bonnie, “I’m Awake”. The Doctor begins to hope in earnest now that he can save Clara and kicks his plans into high gear. Meanwhile Bonnie’s plan starts to come in to focus. She plans to “unmask” every single Zygon hiding on Earth in hopes of starting a mass panic and trigger a war that she assumes the Zygons can win.

After a nice little video chat with The Doctor, Bonnie realizes that Clara can still assert some control over her body form and get messages out. In order to deal with this she decided to have a nice little chat with Clara, girl-to-Zygon. During their girl time Clara is actually likable again and reveals a strength that has been lacking far too long for this character. Unfortunately, Bonnie finds a way to trick the system and discovers the exact location of the Osgood Box, as well as how to access it. Clara does mention she should be kept alive because “Bonnie will want to talk” once the box is discovered.

The Doctor and (the awesome) Osgood have finally made it back to London and are on a mission to find Bonnie and the Zygon pod holding Clara. During their search they encounter Kate Stewart and a couple UNIT soldiers. After basically what felt like lying to the audience last week, we find out Kate Stewart defeated the Zygon in Truth or Consequences, New Mexico and was actually helping The Doctor. Once this new trio discovers that Clara’s pod is missing, they dispatch with the two Zygon guards and immediately head to the Black Vault where the Osgood Box is being kept. 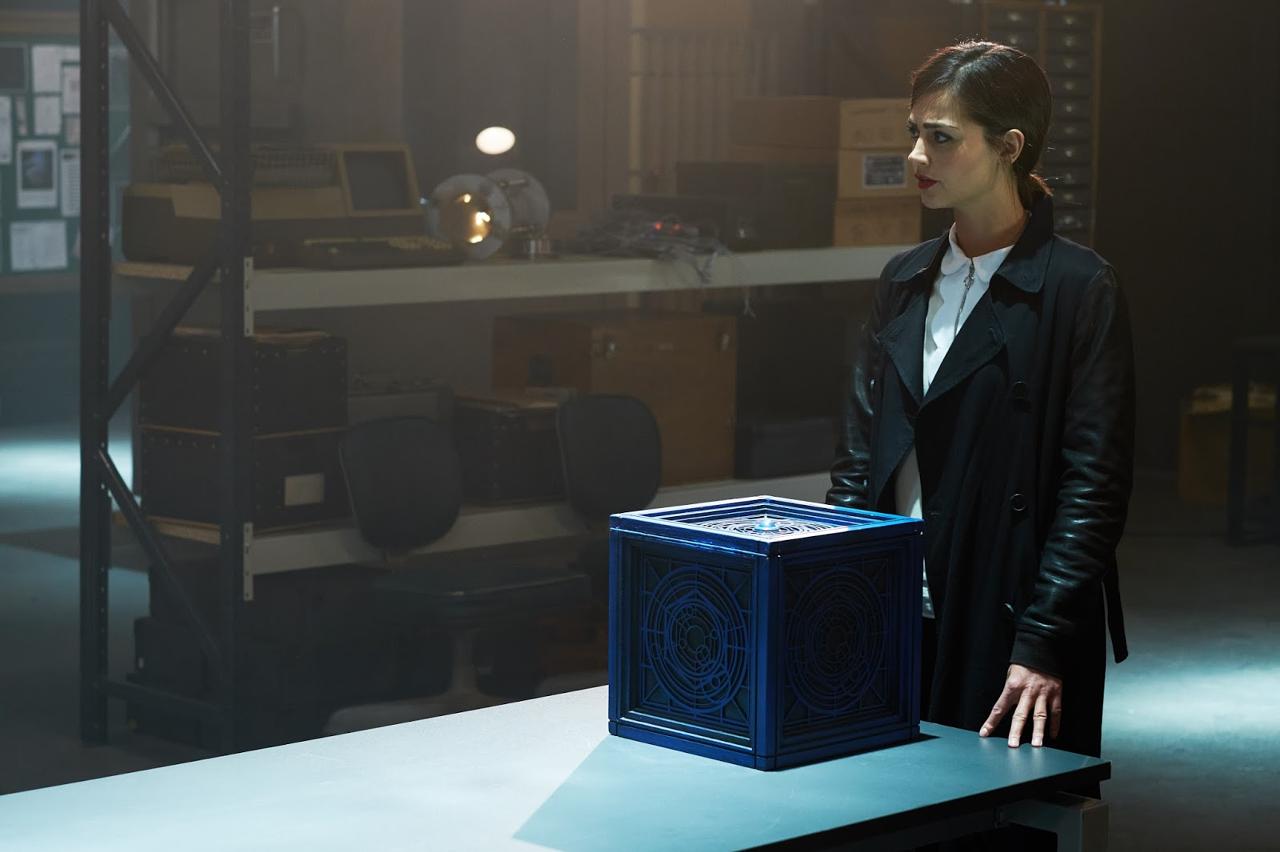 We finally have all our characters back together now! Yay! Now we get our big reveal, the Osgood Box has this name because there are actually 2 Osgood Boxes. Kate Stewart and Bonnie take their position at the boxes, as war is about to be enacted out. Each box is opened to reveal 2 buttons, truth and consequences. The Doctor explains one button on Kate Stewart’s box will blow up the Black Archives; the other will release a nerve gas to kill all Zygons. On Bonnie’s box, one button will unmask all the Zygons; the other will keep them in human form forever. In the most powerful scene since Peter Capaldi joined Doctor Who, he convinces the two sides to lay down their arms and avoid war (as he notes for the 15th time). This speech cannot be oversold. It was literally the best part of the entire season, and may have been the best part about the 12th Doctors time. Whereas previous incarnations having been running from the War Doctor, this version seems to have finally allowed him to become part of himself. We saw a raw, emotional side to The Doctor that rarely ever comes to the surface. His impassioned pleas to avoid war gave a glimpse into the soul of The Doctor. For a while you truly felt The Doctor’s pain over all the people he has failed to save and even had to kill. I believe this will be a scene that goes down in Doctor Who legend.

Once the speech is complete and Earth is saved yet again, it is time for The Doctor and Clara to bounce of to their next adventure. However, as they are getting ready to leave on the TARDIS, The Doctor asks Osgood one more time if she is Human or Zygon and if she wants to join him on the TARDIS!! Unfortunately, she declines citing the fact that she has to stay behind and protect the peace. Then much to our surprise another Osgood pops by. They reveal one is Bonnie and the other is Human but refuse to discuss any further. With that The Doctor and Clara pop on the TARDIS and head off.