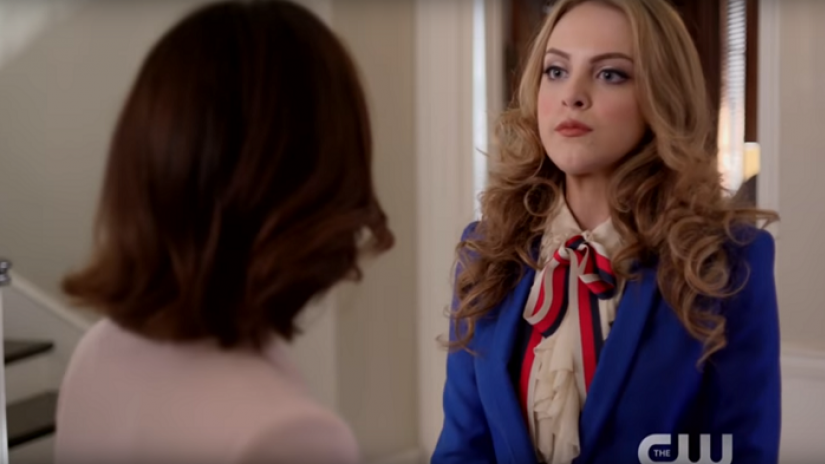 This week on Dynasty, we go back to work! Fallon starts to really dig into her new company, badly, and Cristal has her first official day as COO of Carrington Atlantic. I’m a little confused why nobody informed Blake and Cristal (let alone why they didn’t realize) that, even if it’s not the case, promoting your new wife right as you marry her looks an awful lot like a wildly inappropriate wedding gift, but we spend most of the episode for Cristal dealing with that. Meanwhile, Fallon continues to flounder, unable to prioritize her business over her selfish and self-destructive impulses.

Cristal’s first day at work is awkward at best. She has a heart to heart — for lack of better wording — with somebody who worked under her in PR, who points out to her that it looks very much like Cristal slept her way to the top of the corporate ladder, and people resent her for it. Cristal takes that news well, all things considered. At the very least, she doesn’t fire her on the spot. Another executive at Carrington Atlantic goes to Blake behind Cristal’s back, pointing out that Cristal’s sex tape is losing them business from companies in more conservative areas who are offended by it. She suggests that Blake install somebody else (her, namely) as acting COO until it blows over, and have Cristal take a step back.

Always an award-winning husband, Blake quickly takes that advice, and suggests this move to Cristal. As a PR person, one might think that this is something Cristal would suggest herself — her public image, however unfair, is negatively impacting the company. That’s a publicity issue. The obvious solution is for Cristal to step back for a minute until they can rehabilitate her image, and also distance her promotion from their wedding. Instead, Cristal gets offended. 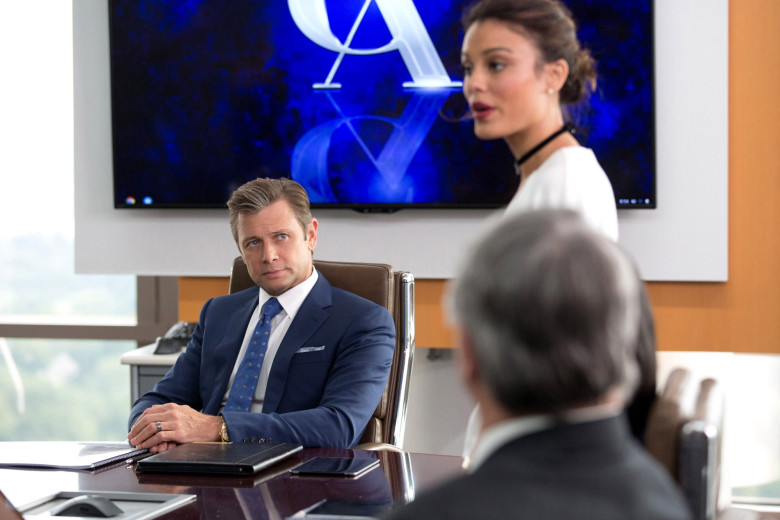 All this is happening while Fallon and Cristal are duking it out for Atlanta Magazine’s Woman of the Year award. They’re both on the initial list, and while Cristal doubts her chances because of the sex tape, Fallon is especially desperate for the accolade, which would give her a platform to talk about Morrell Green, and the appearance of being a little more legitimate. Despite the fact that it’s Colby who puts Fallon up for the award in the first place, Fallon is Fallon, and in pursuit of the award, her (entertaining, but cringey) intersection of self-indulgent, self-absorbed, and self-destructive really takes center stage.

Cristal makes a smart play for the award, knowing she’ll never win, by suggesting to the woman who owns the magazine that since it’s the tenth year, they celebrate the tenth anniversary by using a group picture of all the nominees, instead of naming one the winner. The editor loves it and takes the picture. But obviously, Fallon won’t stand for this. She finds the editor at a bar, and Carringtons her way to the top — she talks about all of her connections to the company that owns the magazine, and clandestinely threatens her for the win.

Terrible as it is, it’s actually nice that Fallon succeeds, and wins Woman of the Year because she was starting to seem just mean and incompetent instead of cutthroat and capable. (We’re still seriously shy of the latter, but this helped.) At the Woman of the Year event, Fallon gives an appalling speech about how nothing was handed to her, and she worked her way to the top to start Morrell Green on her own. Colby, who nominated her in the first place, and who is her business partner is obviously not too pleased about this. Not to mention the fact that Fallon comes from a rich, famous family and grew up with all of the privileges that provides, which makes this speech move the needle backwards toward mean and incompetent.

Shortly after this, though, Cristal realizes it was Fallon who outed her sex tape. Fallon later, thinking Cristal already had, tells Blake that she did so, and he kicks her out of the house. So hopefully all of this blundering around making bad decisions and having exactly zero useful self-awareness is actually the intentional start of an arc for Fallon, who may have lost her home, family, and business partner in one episode. She also loses Michael, the hot chauffeur, who’s had enough of being used by her. She really hits rock bottom. 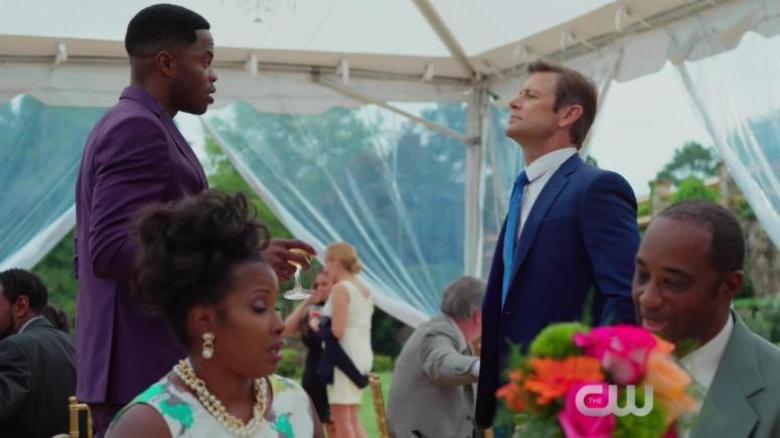 Conversely, Cristal comes back from her loss and tiff with Blake over wanting her to step back strong. She calls out the woman who tried to convince Blake to push her into the shadows, and promotes the woman who was honest with her about everybody’s issues with her promotion. She confronts Blake after this meeting, and tells him that he needs to double down on her, not doubt her abilities, and he agrees. It’s a nice moment for Cristal, even if I still find it ludicrous that, again, as a PR person, she doesn’t see why she should step back.

We spend some time with Steven this episode, too, as he starts running the Carringtons’ charity foundation. An old flame, which petered out due to his addiction, comes to him for grant money, but later reveals it was just one excuse to see Steven, since he’s been clean for two years, and wants another shot. Steven is unsure, but Sammy overhears Steven being invited to his hotel room… and circumvents him, sleeping with Steven’s ex so that Steven finds him when he finally decides to talk about reconciling. This all comes after Anders has a chat with Sammy about how Anders used to be a thief himself, and Blake’s father offered him the chance at a better life. Sammy makes some horrible excuse to Steven about how he went out of curiosity, and Steven’s ex offered him a job (!?), and so when he invited Sammy to his room, Sammy felt he had to go or risk losing what he finally saw as “his purpose.”

This all sounds like extreme nonsense, but for whatever reason Steven accepts it and forgives Sammy? No idea why anybody puts up with this man in their house. He’s rude, he takes advantage of everybody, and he’s constantly screwing Steven over in more than one way, and he totally betrayed Cristal, who’s the reason he’s around anyway. Got a lot of questions about Sammy Jo.

Cristal also spends the episode dealing with guilt over Matthew’s wife, who’s obviously upset to see a sex tape of her husband with some other woman all over the internet. At the end of the episode, she goes over to her house to apologize to her, or talk to her, or something, and Blake, worried for her, rushes to her aid. But because this is Dynasty, right as he gets there, Claudia is chasing Cristal into the street, and Blake hits her with his car.

Basically, the Carringtons are all nightmares, except for Steven, who is way too lovely for his own good.