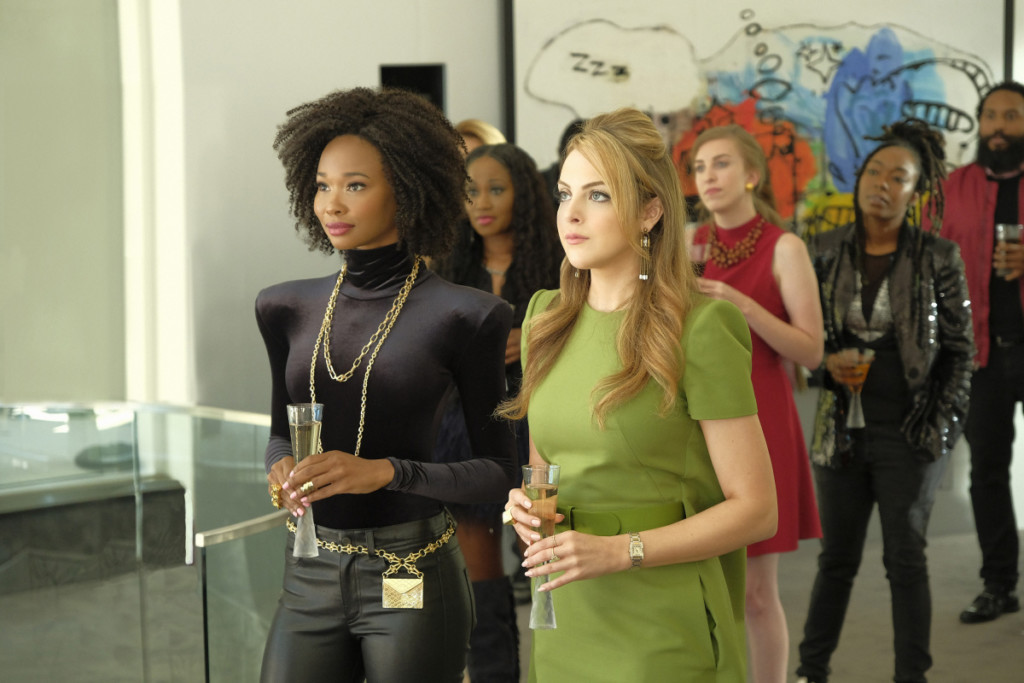 This week on Dynasty Blake and Cristal somewhat inexplicably invite Matthew’s — who, recall, Cristal had an affair with and Blake potentially killed — wife who has a traumatic brain injury and is, surprise, pregnant to stay at their home while she recovers from being hit by Blake’s car. I have some questions about why Claudia isn’t more banged up since she was pretty much laid out flat by the hit, but that’s not the point here. The point is, why would you do this? It’s pretty much stated that Cristal feels guilty, and then later transitions to Cristal’s desire to have the part of Matthew that will be inherited by he and Claudia’s baby in her life — both of which track well enough, but this whole thing is still nuts, okay? It’s nuts. More on that later. 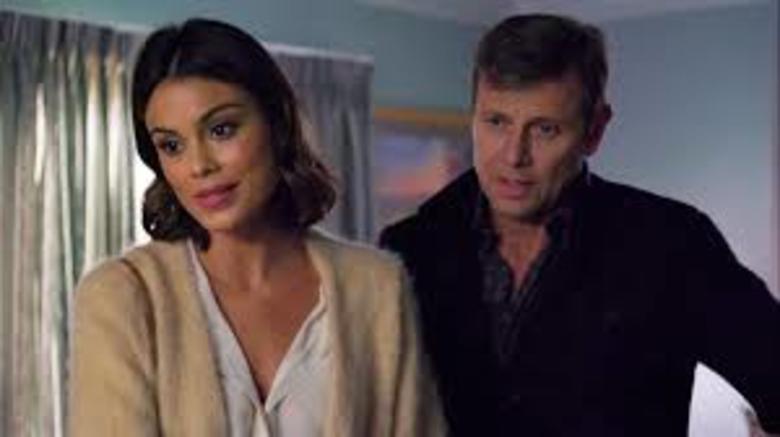 Fallon, meanwhile, is trying to gain back Colby’s faith after basically being awful to him for the entire season to date. To make amends and show she can be a team player, she plans a party (at Jeff’s house, since she’s been kicked out of hers) to invite all of the young important people in the energy world and Jeff’s tech contacts to one place to be schmoozed and charmed and so forth. It takes some coaching from Colby’s sister to get Fallon to do it right, but int he end she manages to pull it off.

Unfortunately, Kori, the former classmate in charge of Atlanta’s energy deal from last week, shows up with Michael, Fallon’s hot chauffeur and sort-of ex, on her arm, throwing Fallon into a bit of a tailspin. She confronts Kori, putting up a confident front that she doesn’t believe Michael and Kori will last, but Kori is pretty comfortable in her new relationship — they’re going on a weekend trip to Miami, she tells Fallon, and this clearly irks. Fallon follows Michael into the bathroom and tries to hit on him, but he rebuffs her. Embarrassed, and suddenly visibly emotional, Fallon says that he never took her on a weekend trip to Miami. He counters by saying Fallon never introduced him to her father as her boyfriend — which she seems surprised by. She says that she never did it because Blake would’ve fired Michael, and Michael shoots back that he could’ve found another job. Clearly, this relationship was dangerously undefined. Michael ends up accusing Fallon, basically, of pretending to care about him now that she’s jealous, and Fallon is genuinely hurt at the implication that she never cared.

It’s a great scene far as I’m concerned, because it gives us a rare moment of sincerity of feeling from Fallon. Elizabeth Gillies is great at being camp and prickly, but she also does a great job of turning it on a dime and suddenly turning Fallon into a human being.

Kori and Michael leave together, prompting Fallon to start drinking heavily to manage her emotions. In the process, she manages to charm some tech guys that Colby really wanted wooed, and so he’s happy with her at the end of the night. He helps her to his spare room (presumably) and gives her some water, and Fallon tries to kiss him. He rebuffs her because she’s drunk, but Fallon gets emotional and asks why everybody leaves her — her mother, her father kicking her out, Michael. And here’s where I go very quickly from loving everything around Fallon this episode to absolutely hating it.

Colby tells her that he’s not going anywhere, and kisses her again. We’ll find out later that they didn’t have sex or anything, but this really bothers me as an interaction; Fallon opens up about her fairly legitimate (not that it matters) abandonment issues, and Colby uses them to his advantage. He clearly likes Fallon and is interested in her, but the next morning Fallon doesn’t remember their conversation or kiss at all, and Colby drops some nuggets he learned about Fallon from it into their chat that morning, along with assurances that he won’t leave her, and it feels so slimy and unfair to me. Colby now knows Fallon’s deepest insecurity, and he immediately sets out to use it to his advantage. Bye, Colby. 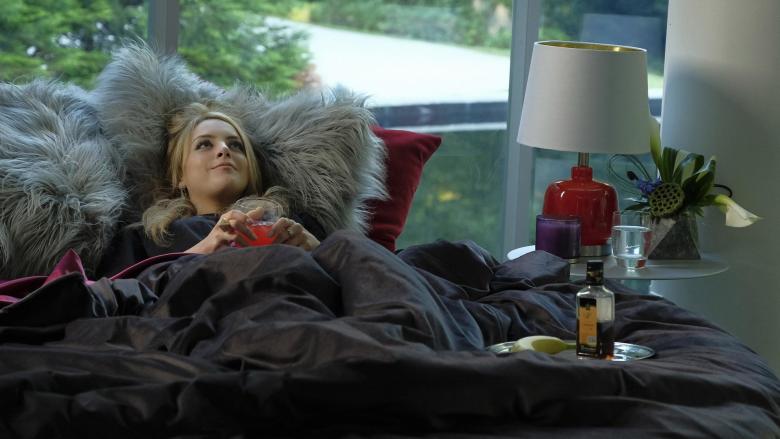 Back at home, Claudia causes problems between Blake and Cristal. Although Cristal promised Blake she could handle both being COO and babysitting their houseguest, she ends up leaving the latter mostly to Sammy. And even Sammy notices that Claudia is kind of flirting with Blake, who’s open to her generally because he feels badly for her. Claudia ends up taking a bath in Blake and Cristal’s tub, and Blake, thinking it’s Cristal, gets in with her — leading to Cristal coming in to find Blake and Claudia half-naked and hugging. This situation is diffused, but it doesn’t feel like Claudia’s actions are unintentional, after she spends half the episode talking about all of the things Cristal has that Claudia doesn’t.

Sammy finds out the medication Claudia has been taking to help with her traumatic brain injury aren’t what she thinks they are, and so a new theory begins to percolate that somebody is trying to keep Claudia from being fully lucid to prevent her from remembering something. I’d find all of this more compelling if Claudia ever seemed anything but lucid after the first episode — but other than some weird actions like getting in the tub, which are later attributed to her condition, she seems to be… fine.

Well, no, actually, the weirdest gesture Claudia makes is approaching Cristal and asking her to raise Matthew’s baby with Claudia. Cristal claims that it’s crazy and they need to get Claudia out of the house, but co-parenting with the wife of the man she had an affair with who was then possibly killed by somebody in the family she married into not months later seems like exactly the sort of bonkers decision Cristal would make on the fly, so who knows where we’ll end up.

Steven, meanwhile, is working for the foundation, and approaches Blake about donating to some more liberal causes. In an effort to persuade him that Blake’s “right wing” beneficiaries are doing good work, Blake takes Steven to see a boxing gym he claims to donate one million dollars to a year, to prove he’s doing good in the community. Steven’s sold until he sees a picture of the cop who’s on Blake’s payroll on the wall, and asks the guy who runs the gym about it. The guy who runs the gym says he only gets $250,000 a year from the Carrington foundation, prompting Steven to get the financial records and investigate the discrepancy.

Things are getting zany on Dynasty, and I sort of hope they get a little crazier as we go, because if nothing else, this should be a wild ride.