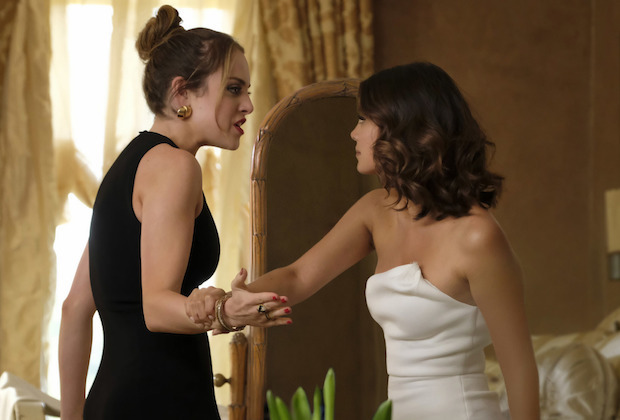 Dynasty is, like, half as crazy as I was expecting, but still a truly solid pilot, which is pretty rare in general. But especially on the CW — which I love, wholeheartedly, and have seen almost every show it has ever produced, which is probably embarrassing to admit — I usually need to five it a few weeks before I’m all in. But the Dynasty pilot, while perhaps less soapy and over the top than expected, is a totally enjoyable watch that sets up many elements quite deftly, and promises an engaging, entertaining season. Also, Elizabeth Gillies is really good in it. Like, where has she been all of my life good. I’m already a full-blown Fallon Carrington fan girl, honestly.

Dynasty centers around the Carrington family headed up by Blake and rounded out by his two kids — gay, liberal black sheep Steven, and HBIC Fallon. Both Fallon and Steven receive a call from Blake to come home as Blake has news for them. This is a rare occurrence, and clearly, family communication isn’t top notch, because neither Fallon nor Steven actually respond to Blake’s message, although they do both show up. 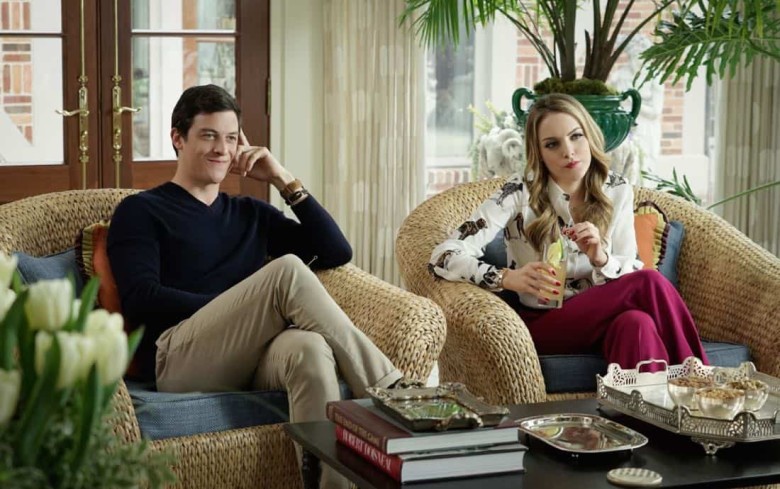 Not having expected his kids to come home, Fallon and Steven walk in to find Blake hooking up with Cristal, one of his employees turned fiancee on the desk of his home office. This is apparently the news Blake wanted to share with his children. It comes as a nasty shock for both of them. Steven was expecting an apology for the falling out between him and his father. Fallon had heard that Carrington Atlantic needed a new COO and had expected her father to give the promotion to her.

I’m going to pause here to talk about how great everybody on this show is, and how simultaneously expected and unexpected. Fallon is a pretty predictable character type, but the best kind. She’s tough, no-nonsense, and well-versed in using people’s inevitable underestimation of the pretty rich bitch to her advantage. She’s quick to quip and confident to a fault and all around the kind of woman you simultaneously want to hate and want to be. And Elizabeth Gillies sells it so well, falling perfectly between deliciously camp and real enough that you still feel for her. I love her. It’s been one episode, and I love her, do you hear me!? She also succeeds where so often shows fall short when trying to portray this kind of character — the writing is actually smart and sharp enough to keep up with her, and make me believe that she is on top of everything and ahead of everybody in her planning, which isn’t an easy task.

But everybody else we meet is equally great. Steven, her brother, is a smirking bleeding heart liberal who doesn’t agree with Carrington Atlantic, an energy company, and its eco-unfriendly business moves. His father doesn’t approve of his beliefs or his lifestyle, and it’s made him something of a black sheep in the family. But he and Fallon are still close and poke fun at one another’s values. There’s an exchange when they’re first reunited where Steven tells Fallon that people will come for her head when the revolution comes — Fallon is quick to say that she’ll make sure to get her hair done. It’s just SO GREAT.

Even Cristal, the fiancee, the woman working her way up partly by sleeping with the boss even though she does appear to actually love him, is eminently likable. She’s hardworking and determined, and we learn through the appearance of her relative, Sam, that she has a checkered past, although the specifics elude us for the time being — but the implication is that she’s a self-made woman, and even as Fallon settles into a deep hatred of her, she’s easy to like. She even charms Steven, and they form a pleasant rapport, which will definitely be both a nice break from what seems like it’ll be endless animosity between Cristal and Fallon and likely a source of conflict later between the siblings. 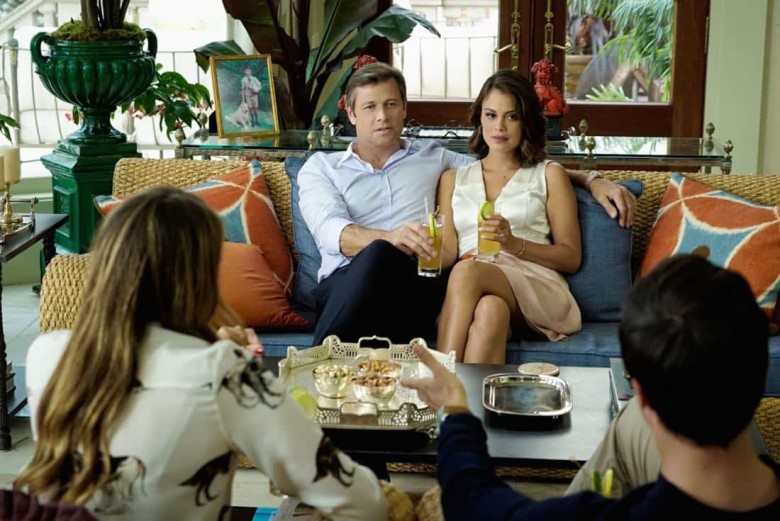 Anyway, back to the actual plot. Fallon, displeased with her new stepmother-to-be, asks her chauffeur slash lover slash occasional spy, Michael (who’s very hot, in case you were wondering), to check up on Cristal. Of course, when you go looking for something especially in a soap, you find it. After a night out with her girlfriends, Cristal pays a visit to Matthew, her ex, to tell him it’s well and truly over. Nothing out of line or romantic happens, but Michael catches a picture of them in an intimate moment and sends it to Fallon. Fallon, in turn, sends it to her father.

Instead of immediately bringing it up to Cristal, Blake decides to be WILDLY passive aggressive, and it’s totally amazing. He invites Matthew, who apparently contracts for him on occasion, to discuss a project at the house, so Matthew shows up while Blake and Cristal are taking their engagement pictures. Matthew and Cristal pretend not to know each other, which digs her further in. Fallon, of course, is loving the drama.

Naturally, though Blake and Cristal make up once Cristal explains. We also find out Matthew has a wife, who has dementia — and that’s why he and Cristal didn’t work out because he won’t leave his wife. But Blake and Cristal work things out so well that two things happen certain to set Fallon’s head spinning: they decide to move their wedding up to just get married the day of their engagement party, and Blake offers Cristal the COO position.

Meanwhile, Fallon is struggling with her father anyway, because after she tipped him off to a green energy company looking to sell that happens to have some good fracking land on their property, Blake double-crosses her and sends Steven to make the deal. He tells Steven that he’s sorry he didn’t take Steven’s environmental concerns seriously and that he wants Steven to meet with the head of the company because he thinks Steven will be more convincing. Steven finds out that the head of the other company is gay, and that his father was essentially pimping him out. Fallon finds out that her father sent Steven to make the deal instead of her, so there’s trouble on all family fronts. However, Steven also meets Sam at the bar after the meeting ends, and they end up hooking up. When Steven goes to shower, though, Sam spots a fat wad of money in Steven’s discarded clothes and steals it, leaving.

Fast forward to the engagement party. Shortly before, Fallon finds out from Cristal that she and Blake are getting married that day and that Cristal got the job Fallon thought was hers. They get into a pretty vicious catfight — par for the course on Dynasty. Still, Cristal and Blake get married, and Fallon can’t do anything about it.

Instead, Fallon gets an investor who’d been competing with her father to buy a baseball team to invest in her instead, and announces that she’s going to start her own company, and additionally buy out the energy company her father had sent Steven to purchase. So now we know Fallon’s trajectory for the season, and that happy family dinners are probably not in our future.

Steven talks to Sam, and Sam realizes that Steven didn’t even realize Sam had robbed him, which is confusing. But Sam is also going to be staying in Blake’s house with Steven and Cristal, so there’s definitely drama to come there. Andrew, the butler, also tells Cristal that he ran a thorough background check on her, and knows everything about Cristal’s past, which clearly frightens Cristal. Can’t wait to find out why.

The last bit of drama is perhaps the most extreme. While doing the job Blake had hired Matthew for, the equipment malfunctions violently and Matthew ends up dead. As he’s dying, he calls his wife and it seems like he accuses Blake of sabotaging him and causing his death. Everybody — even Blake, it appears — is shocked, but this will be most difficult for Cristal who appears to still be in love with Matthew, despite her marriage, and their inability to be together.

Basically: I love everybody on this show and can’t wait to see more.