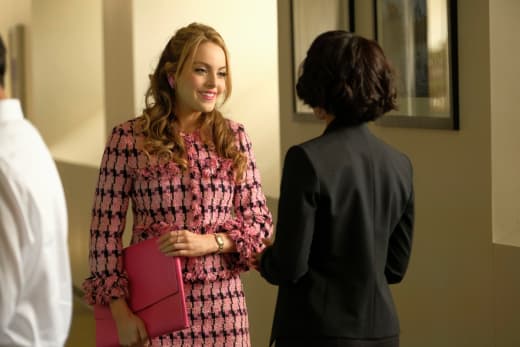 This week on Dynasty, the Carringtons spend their time causing and then solving and then causing more problems for themselves. I know the show is about them, but it’s starting to feel like a good idea to linger on a few other characters a little longer from time to time so the plot doesn’t feel like an ouroboros. Still, Fallon and Steven are very charming and engaging even when they’re being idiots, and that will continue to save this show for me indefinitely.

With Matthew’s death still sort of hanging over everybody’s heads, Steven’s main goal is to exonerate himself. He’s already failed at finding a solid alibi, so Fallon suggests that he finds somewhere else to shift the blame. Fallon, meanwhile, is dealing with getting her fledgling business venture with Colby off the ground. In a bid to make a big impression off the bat and prove to people that the newly anointed Morrell (Fallon’s middle and her mother’s maiden name) company is a serious contender in the energy world, Fallon wants to go after the contract for the city of Atlanta, which has historically gone to Carrington Atlantic. Colby’s hesitant, but Fallon assures him she knows the guy who runs those contracts for the city, and she has him wrapped around her finger.

Cristal, meanwhile, is worried about being caught out for knowing about the robbery Sammy staged. She plans a spur-of-the-moment honeymoon for herself and Blake, which, as Anders points out to her, feels massively suspicious in the wake of a robbery — for a seemingly smart guy, Blake isn’t exactly on top of it when it comes to his new wife. Blake agrees to go away with her for the weekend, even though he’s clearly still stressed about finding Matthew’s phone, which was taken in the robbery, and poses a threat to him because having something of Matthew’s after his death is, like, not the most innocent looking thing.

Sammy uses Steven’s ludicrously sweet and trusting disposition to his favor and tells Steven not that Sammy planned the robbery — but that he was merely used by his shady friends, who used the party Sammy thought they wanted to know about for the free food as a cover to rob the Carringtons. Sammy also tells Steven that his friends have the phone and are ransoming it, because it includes a sex tape of Cristal. Steven is motivated to get the phone, and they’re both motivated by a desire to prevent Cristal from getting hurt, since she really hasn’t done anything. At least, not actively.

Without Sammy’s knowledge, Steven calls Stanfield, the Carrington’s pet police officer, to help with the swap. Although Steven gives Sammy’s friend the two hundred grand he was after in exchange for the phone, Stanfield swoops in after the fact to arrest the friend as a failsafe. Sammy is upset by this, not least because if his friend talks, he stands to get some jail time as well or at least lose his housing. But he also takes the moment to get on his soap box and talk to Steven about how the only reason Steven hasn’t done anything illegal is because he’s never needed to. It’s generally a fair point about privilege, but still a little weird to try and side with somebody who robbed people and then held a sex tape hostage to extort them.

Fallon blows the pitch with Atlanta, as the guy she had wrapped around her finger was replaced with a high school classmate who has exactly zero patience for her nonsense. It’s actually pretty great to watch Fallon flounder a bit. She returns to tell Colby of her failure, and Colby’s reasonably friendly with the woman, so agrees to go on a night out with her to talk her down, and then Fallon can try the pitch again. On the night out, which Fallon brings Michael on to hang out with her while she waits her turn, the news of Cristal and Matthew’s sex tape breaks, and so Fallon gets caught up in giving interviews about that. She can’t stop herself from taking a swing at Cristal, even if it interferes with her business.

Fallon also messes up with Michael that night — he overhears her telling a friend that she definitely isn’t dating Michael, and clearly feels rejected. He runs into Colby, who’s looking for Fallon to seal the deal, and Colby picking up on Michael’s dejection introduces him to the city worker they’re supposed to be schmoozing — she’s definitely into Michael (he’s super hot, so, um, duh), so this doesn’t bode well for Fallon on a number of fronts. 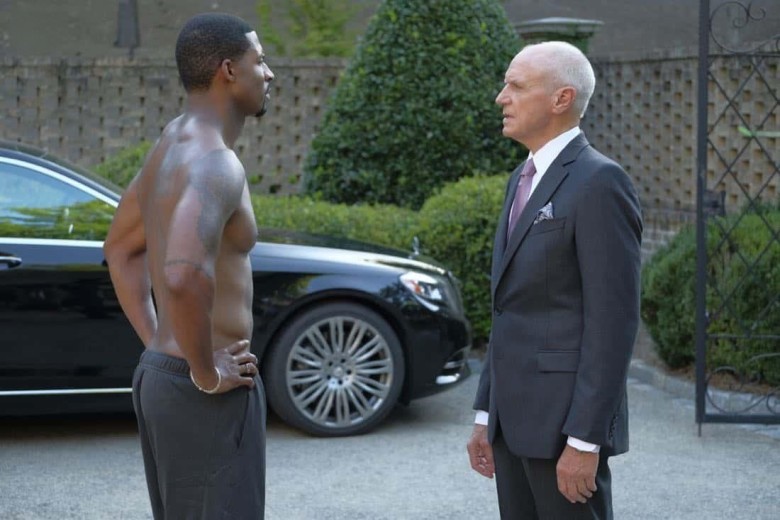 Or, like, on any fronts. Morrell doesn’t get the contract, but neither does Carrington, proving that it wasn’t loyalty or anything that prevented Fallon and Colby from getting the deal — it was Fallon’s lackluster pitch paired with her total absence when it came time to seal the deal, as she was out sniping at Cristal. It’s also, at this point, sort of unclear as to whether or not Fallon was the one to send the video out in the first place — she secretly airdropped the video from Steven’s phone to her own earlier. Honestly, I’m going to have a pretty big problem if it was Fallon who shared the sex tape. Viciousness is all well and good to watch, but since releasing something like that is one of the more violating and specifically gendered things you can do to a woman, if this was Fallon’s doing, it crosses a line for me from likable bitch into actual monster territory.

Blake and Cristal’s honeymoon isn’t great. Blake is desperate to get his phone somewhere with service, while Cristal wants to unplug. Eventually, they make up over this, and promise to only share the truth going forward in their relationship, after they find out Cristal’s sex tape has leaked, and Blake admits that he had the phone. Of course, this is a lie for Cristal, since we know she’s hiding her identity, at the very least. 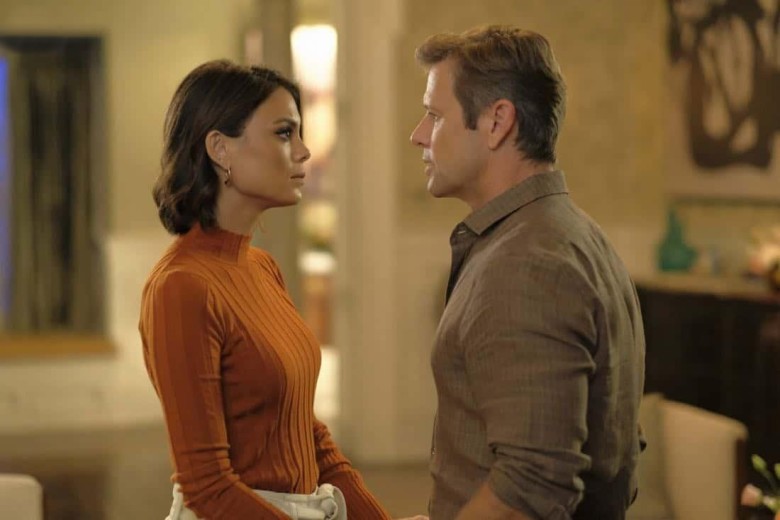 Steven only agrees to give the phone over to Stanfield if Stanfield does his job and finds out who actually killed Matthew, rather than focusing on Steven. At least, since Steven is a sweet, sweet boy, this appears to be the intention. Obviously it comes across to somebody as corrupt as Stanfield as “please blame somebody else”, and so he does. The end of the episode provides a convenient and plausible solution to Matthew’s murder, but it’s obviously a fix rather than an answer, so Steven’s guilt over this is likely to be a factor moving forward.

Dynasty is still super fun, but I’m looking forward to getting deeper into the season, and hopefully into some more complicated and world-expanding drama than Matthew’s murder.