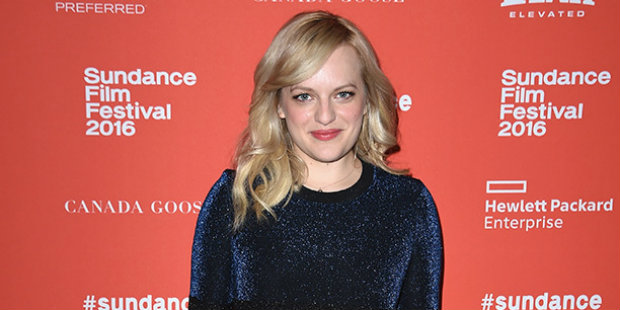 After winning two Emmys on Sunday night for The Handmaid’s Tale, after seven previous nominees, that show’s star and producer Elisabeth Moss is in more demand than ever. She’s lined up her first post-Emmy gig by landing the title role in the women’s rights drama Call Jane, to be directed by Simon Curtis (My Week with Marilyn), the Tracking Board has confirmed.

Moss will play Jane, a married woman who finds herself with an unwanted pregnancy in the days  before Roe v. Wade, forcing her to turn to an underground group of suburban women who provide safe abortions to women in a similar situation.

The independent film is produced by Robbie Brenner, who also produced the similarly topical AIDS drama  Dallas Buyers Club, for which Matthew McConaughey and Jared Leno won Oscars.  He’s joined by Jeff Kwatinetz and Kevin McKeon of The Firm, who just sold the rights to Jennifer Garner’s The Tribes of Palos Verdes to IFC.

With a screenplay written by Hayley Schore and Roshan Sethi, co-creators of the upcoming Fox drama The Resident, the story is set in  1960s Chicago, and it’s based on the true story of the movement called the Jane Collective who helped suburban women get safe abortions during the time when they were still illegal.

The producers are out to financiers now and the plan is to start filming sometime in early 2018.

Before starring on Hulu’s The Handmaid’s Tale, Moss got attention and six Emmy nominations for her role as Peggy Olson on AMC’s Mad Men, and she received similar acclaim for her starring role in the Sundance Channel mini-series Top of the Lake, directed by Jane Campion.  Moss has also appeared in a string of independent films including Alex Ross Perry’s Listen Up Philip and Queen of Earth and Charlie McDowell’s The One I Love, plus she has a featured role in Ruben Östlund’s  upcoming The Square, the Palm d’Or winner at this year’s Cannes Film Festival which will also be Sweden’s pick for the Academy Awards foreign language category.

Besides directing My Week with Marilyn, which received Oscar nominations for Michelle Williams and Kenneth Branagh, Curtis also directed 2015’s Woman In Gold, which was that year’s highest grossing independent film. Before that, Curtis was a prolific television and stage director in the UK.

The Firm are also currently finishing up the race drama Burden, starring Garrett Hedlund as a former KKK member who is hunted after leaving the group but is taken in and protected by a black congregation in South Carolina. That film also stars Forest Whitaker.

This was initially reported upon by the Hollywood Reporter.