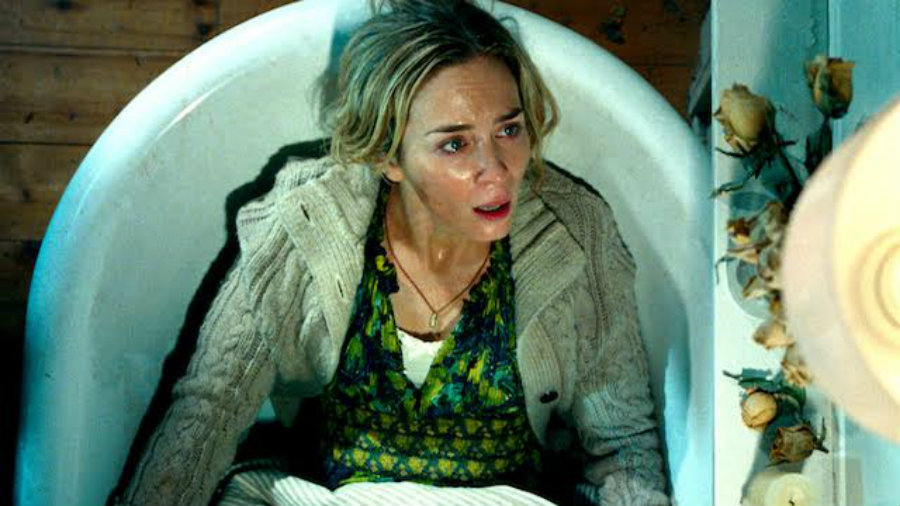 Paramount Pictures has released the first teaser trailer for their thriller A Quiet Place, starring Emily Blunt and John Krasinski, who co-wrote and directed the movie.

The real-life couple plays the heads of a family living in a remote farmhouse where they’re trying to evade a malevolent presence by staying quiet.

The simple tagline for the film is, “If they can’t hear you, they can’t hunt you…” and that’s about all you need to know, as the teaser below sets up the tone and premise in a way that doesn’t require any sort of dialogue.

Besides Blunt and Krasinski, it also stars deaf actress Millicent Simmonds, who just made her debut in Todd Haynes’ Wonderstruck.  It will be Krasinski’s third feature film as a director following Brief Interviews with Hideous Men and last year’s The Hollars. Krasinski will also be seen next year as the star of Amazon’s new Jack Ryan series based on Tom Clancy’s popular government agent.

Co-written by Scott Beck and Bryan Woods, the thriller is due out on April 8, 2018.