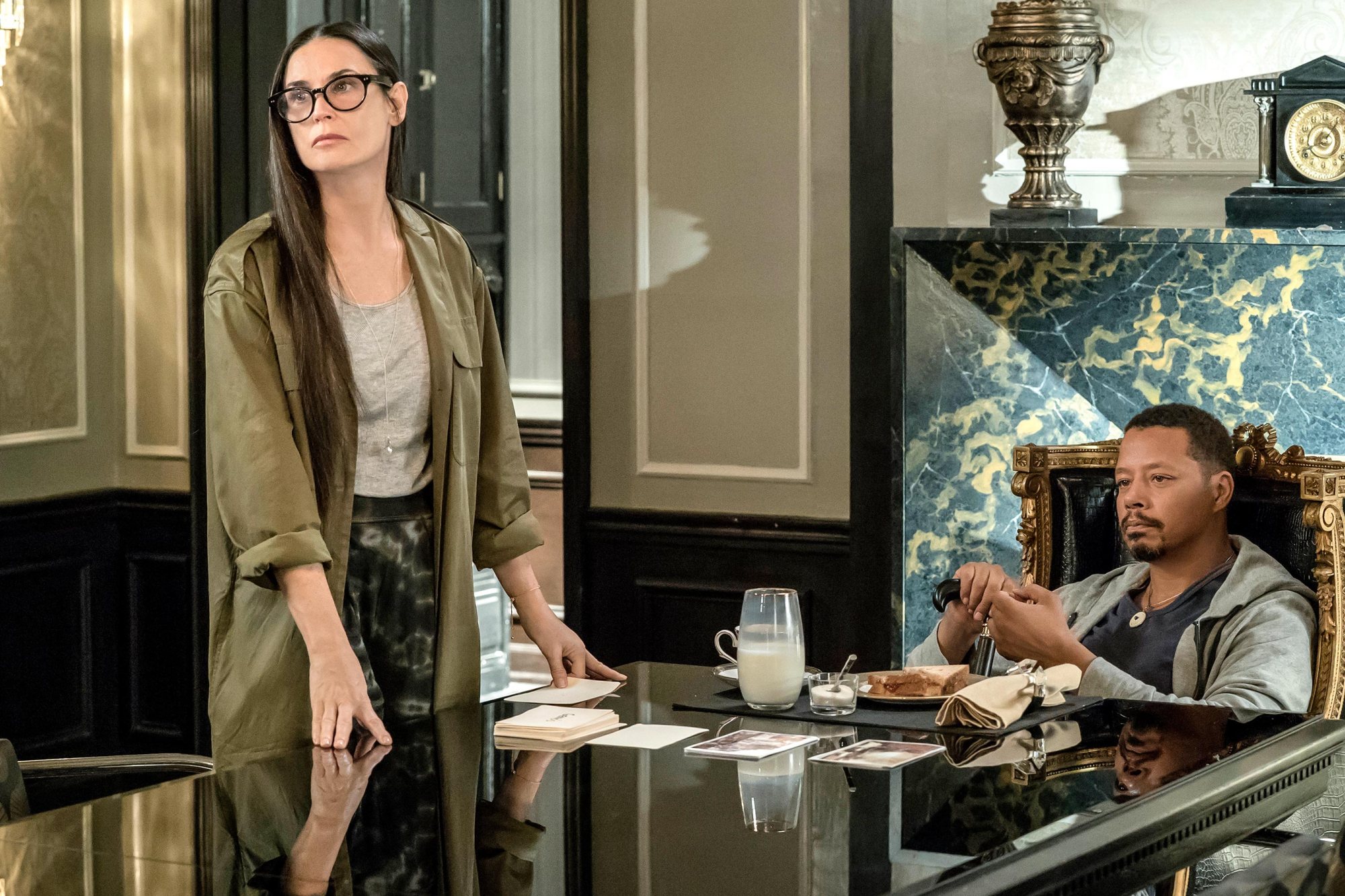 The war on Empire is confusing. I find it hard to understand who’s on what side throughout this whole thing. I know the DuBois are bad, but why Anika would side with them, why Claudia would return, or why Andre is doing all the things he’s doing is leaving me puzzled. The key to this season is absolutely Lucious’ amnesia/Cookie’s business persona, but outside of that the rest of the plots have crisscrossed so much that it’s hard to understand the motivation of anyone. This is a problem for Empire because the entire show is built around motivation. Before his amnesia, Lucious’ entire motivation was the success of Empire Xstream. After his amnesia, he has become a total wild card. And that’s not a bad thing if Hakeem wasn’t a wildcard secretly working for the DuBois, if Jamal wasn’t a wildcard openly banging a beautiful man who’s secretly working for the DuBois, or if Andre’s entire personality wasn’t a wild card secretly working with everyone.

Andre is particularly frustrating. The man unhinged has managed to orchestrate some of the most devilish plots Empire has ever seen but remains unpunished. I still can’t get over the fact Shyne smashed a mixer’s head in for looking at Nessa’s ass, but he’s cool with Andre breaking Nessa’s heart and literally saying, “I used you.” The only thing that makes sense about Andre is his own confusion as to why he never attempted to kill Anika. For the guy that planned to murder his own father with the help of French Montana, you’d think he would’ve at least tried to throw a knife at her or something. I mean, Andre’s grandmother literally framed Anika for murder, they really couldn’t go in on that together? And then this thing with Pamela Rose: it’s like yes, you are two beautiful people, but why are you acting like if anyone saw you guys banging it wouldn’t be par for the course? That’s just life her on Empire. 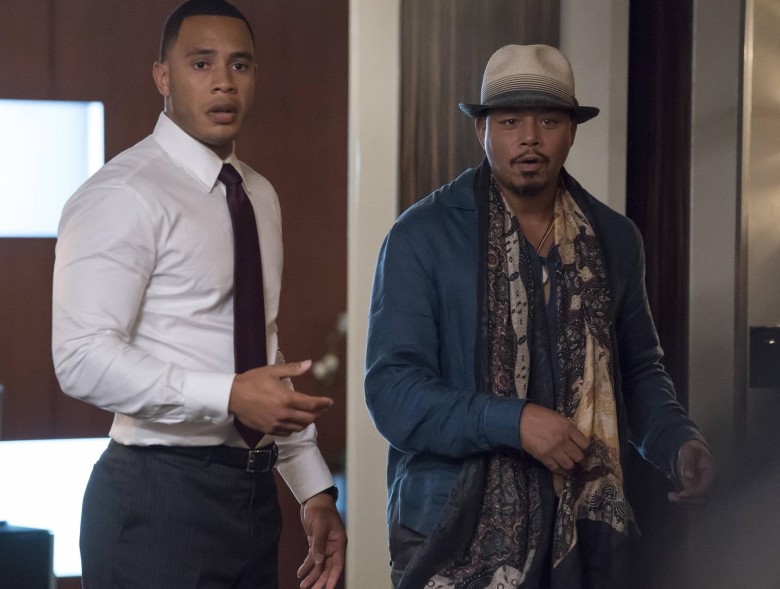 Best line in the episode is during Hakeem’s birthday party for Bella/Memorial concert for Prince when Cookie goes, “Prince didn’t even celebrate birthdays.” Hakeem is too much of a wildcard. He can’t win anywhere. He performs a weak song in front of his family that he thinks sounds like Jay-Z’s The Blueprint (which “Dwight” thinks is a reference to architecture), and then allows Anika to come back into Bella’s life. It doesn’t help that for no reason other than conflict, Anika and Angelo DuBois present a case for sole custody of Bella. What? Girl, you were just in prison and you think this is a case you’re going to win? Your lawyer is literally blackmailing the defendant. What are we doing here?

Well at least Claudia is gone because that was – what? Claudia? She’s here? Yes, Demi Moore returns as Claudia as if she never left, with pretty much no explanation as to how or why Cookie should put up with it. Cookie fights for pole position and reintroduces Lucious back to work at Empire where he manages to lose the company a lot of money through acts of kindness and generosity. This is not the Lucious that people are used to seeing and it’s causing problems. Becky at one point straight up goes, “Hey Lucious we got a problem, how can we exploit the workers?” To which “Dwight,” as he starts to announce that he voted Labour, is cut off by Andre who comes up with an evil plan where Empire Records musicians will compete against each other for a spot on the 20-for-20. Jokes aside, there is something to note here: Andre has become his father. Those times in the past, where Andre would do something nefarious and Lucious would smile wasn’t to please his father, it’s because Andre can’t do anything else. Is this a hint that Andre might go after himself? 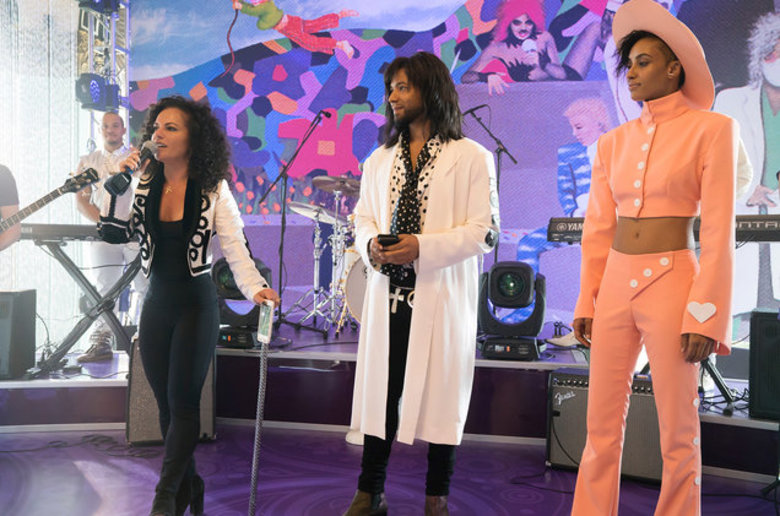 Jamal is the dark horse in the running for who’s going to kick off the 20-for-20 event. He goes through a lot of iterations of his music: he performs as Prince in a horrible wig. But what really brings it home is his love and devotion for his traitor of a man. They are seriously going so all in, I can’t even imagine what the reveal is going to be when Jamal finds out this gorgeous man might not even by gay. I mean seriously, do we even know he’s gay? He might just be the next James Bond. Regardless, Cookie is touched by her son and his lover’s devotion and quality lyrics and decides to give them the 20-for-20 launch.

Lucious decides that it might be a good idea to take some long walks with Claudia and not run away from her like he did last time. It’s about trust. Claudia on the other hand doesn’t show Lucious the same trust. Seeking to provoke a strong reaction out of him, she takes Lucious to the place where Dwight became Lucious. A stone lion in the hood, withered yet regal, served as the guardian for a homeless child who slept under it one night. From that point on, like Romulus and Remus before him, he decided to pay homage to the wild animal and start an empire. Unlike Romulus and Remus, he didn’t kill his brother, his mom did. When Lucious sees the statue he remembers everything and Claudia uses this as an opportunity to try to forever change him. She tells him he can be whoever he wants to be and leave that old life beyond. Lucious asks if Claudia will come with him and she says it’s all she’s ever wanted.

Claudia is the villain. When they wrote her off before I was pretty confused, but it’s clear to me now that she’s absolutely the antagonist to Cookie. As far as the DuBois go, I have no idea. There are too many questions on this show, but maybe that’s a good thing. For once in my life, I don’t really know how Empire will move forward. Who is the puppet and who is the puppet master?