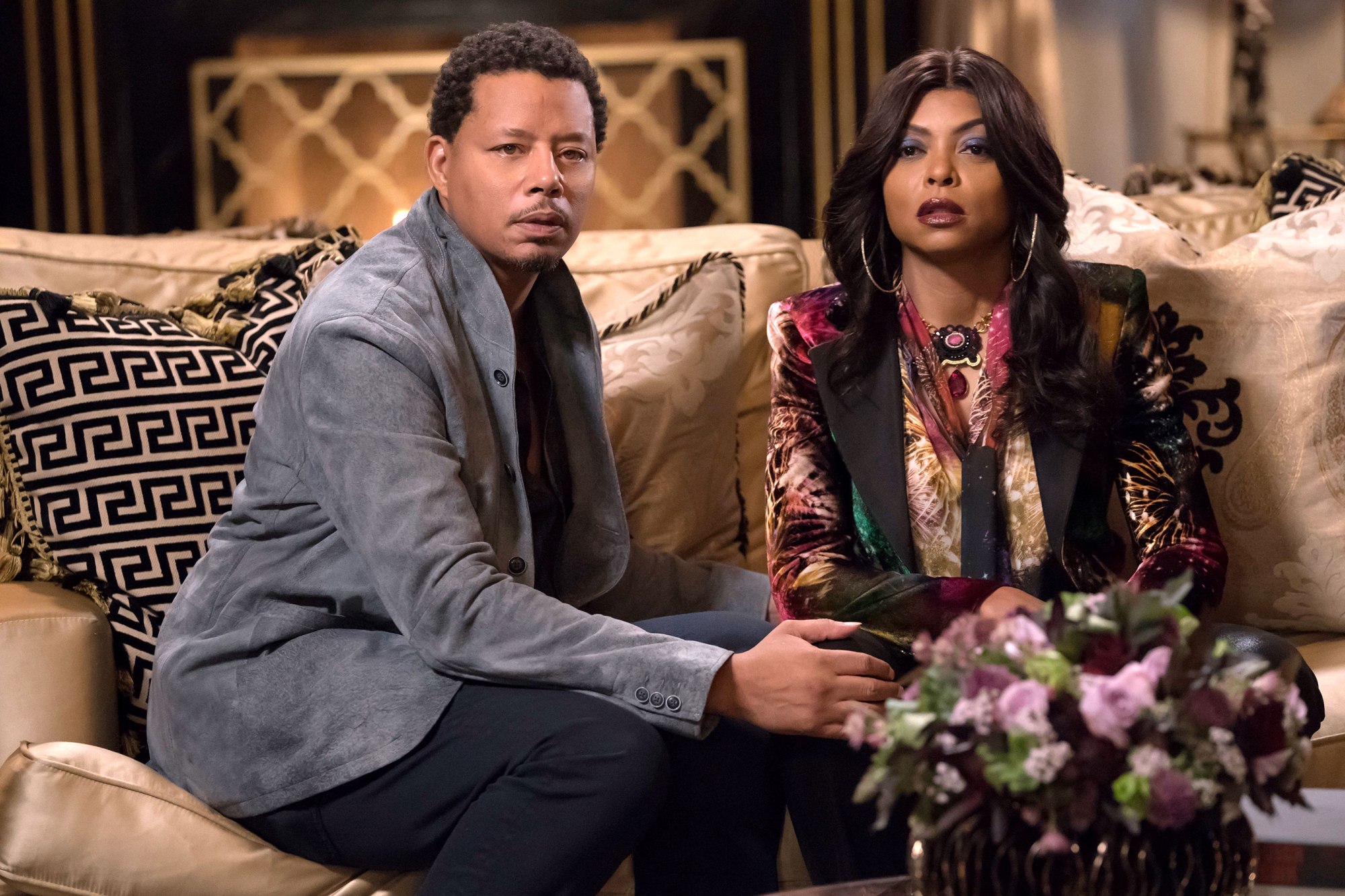 I have a lot of feelings about the penultimate episode in preparation for Empire’s fall season finale. Essentially, the entire episode hangs on a twist, which isn’t inherently bad. The Sixth Sense hangs on a twist, that’s like M. Night’s best movie. But when you hang so much riding on the twist, like The Village, that nothing before it matters, or when the whole movie lulls until the twist, like Lady in the Water, well that doesn’t work either. The other thing is that I feel like my review of this episode is going to be overly subjective because I was genuinely fooled by the twist. But someone else could’ve easily seen this coming from miles away. It’s also important to note that we’re experiencing the “double-edged sword” theory with this episode. Every problem I had with the episode (and even some problems in previous episodes) was solved with the reveal of this twist – but that doesn’t change the fact that these are still problems. It also doesn’t work to Empire’s credit that I was ready to write it off as “Empire has gone downhill.” Regardless, the twist is here, and even though we’ve seen it before, it really got me good.

The twist is this: Pamela Rose (Teyonah Parris) is a lie. Her entire existence is all in Andre’s head, a side effect of the drugs Diana DuBois forced his psychiatrist to give to him. Literally everything Andre felt, the love, the mood swings, the closeness – it’s all a lie. Even the impotency, it’s a lie. Which makes you think – what the hell happened when he did have sex? And yeah, of course we’ve seen something like this before (Tyler Durden, A Beautiful Mind, etc.) but it doesn’t change the fact that it got me. I’m usually good with these things, but I did not once think that Pamela Rose was not a real character. You have to take your hat off to Empire for that, they meticulously put Pamela Rose in isolated scenes where it would make sense for Andre’s mind to run wild. It would be an impressive master stroke of writing if it didn’t introduce major problems into the show. 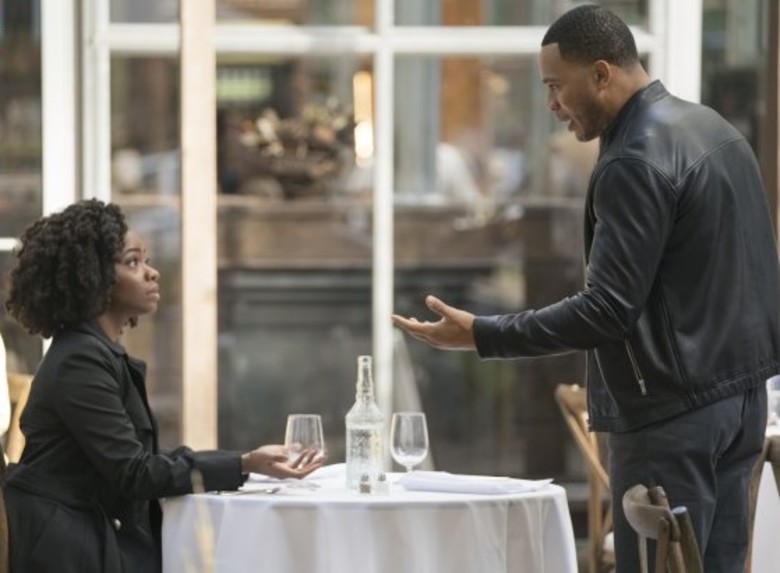 The first, and worst, of the problems is the whole notion of Pamela Rose committing a crime and then telling Andre about it. I never liked this, and even though this was all in Andre’s head, it doesn’t make up for the fact that this was introduced to us as if this is an acceptable tone for Empire to have. It kind of introduces this really dangerous place where bad writing can sort of be written off as a twist, which not to drag M. Night again – but come on! Knowing that the intensity (as well as the stupidity) of Andre and Pamela’s interactions was simply because it was all inner projection does help, but it feels like we were spoon fed it for dinner in order to get to the dessert.

Other than the twist, this episode is little more than setup for something to come much later in the season. There are entire plotlines that have been completely ignored in order to build for… filler. It’s weird, and I’m not sure why Empire is shifting its focus onto the DuBois if it’s not willing to actually go there. For instance, this whole Empire-Twenty-for-Twenty, what the hell is going with that? Does Cookie still have the plan in place to release these records on time or is she too busy trying to murder a family of Manhattan royalty? And on that note – what exactly is Diana’s plan – and why doesn’t she realize when it’s time to give it up ahead? The motivations are unclear: sure, Cookie ruined Angelo’s ambitions, but it’s not like she killed his career or even meant to do it on purpose. I find it hard to believe that the DuBois act like this every time, but maybe that’s their thing. If so, you would’ve thought Cookie would have heard something about them before dating Angelo. 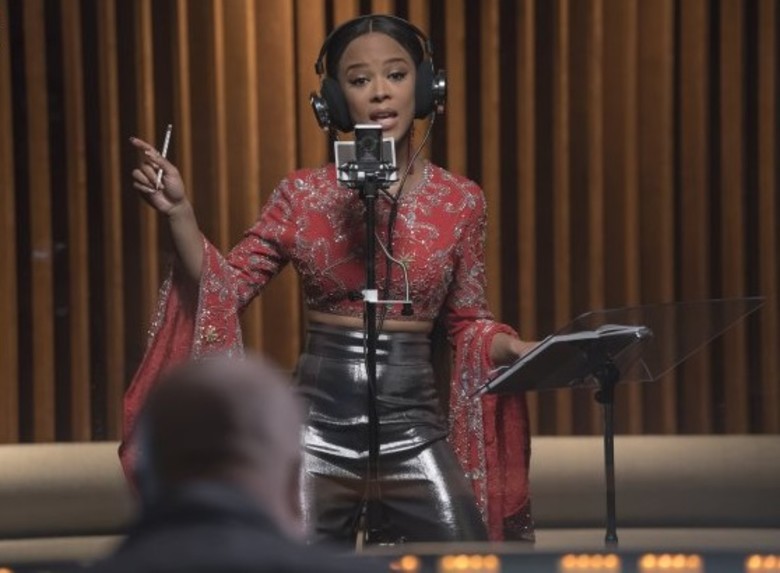 Jamal is convinced that his man is nothing but an evil person working for Diana, and the notion of their love being real is nothing but a farce. This also feels a little disjointed, but it’s an event that’s used to bring Jamal and Hakeem together – which is rarely seen. I’ve talked about how I think Andre is going to die, but maybe this twist was his death: that is to say the death of his psyche. While Andre is going through his problems, Jamal and Hakeem are finding new life in their new challenges. Jamal unleashed an aggressive side that he was previously thought uncappable of, while Hakeem has become more sensitive and more protective than ever. In many ways these two brothers have borrowed pages out of each other’s books, and so it feels natural when the two of them create a dis track about their lost loves. Corny, sure, but natural.

Lucious has been something of a non-factor. We’ve also moved so far away from the music that it’s hard to say what his role will be in Empire. It seems tough to find a place for him now that Cookie has asserted herself as the main factor on this show. Lucious finds himself constantly promising revenge, but with no real end game in sight it feels like a false promise, or just words for him to say to keep him somewhat relevant.

Overall, we head into the fall season finale with a fantastic twist, but with little to keep us excited. I don’t know if we really care who’s after whom, or any of that. I hope we can return next week either dealing with the DuBois so that we don’t have to hang this plot over the show during the break.