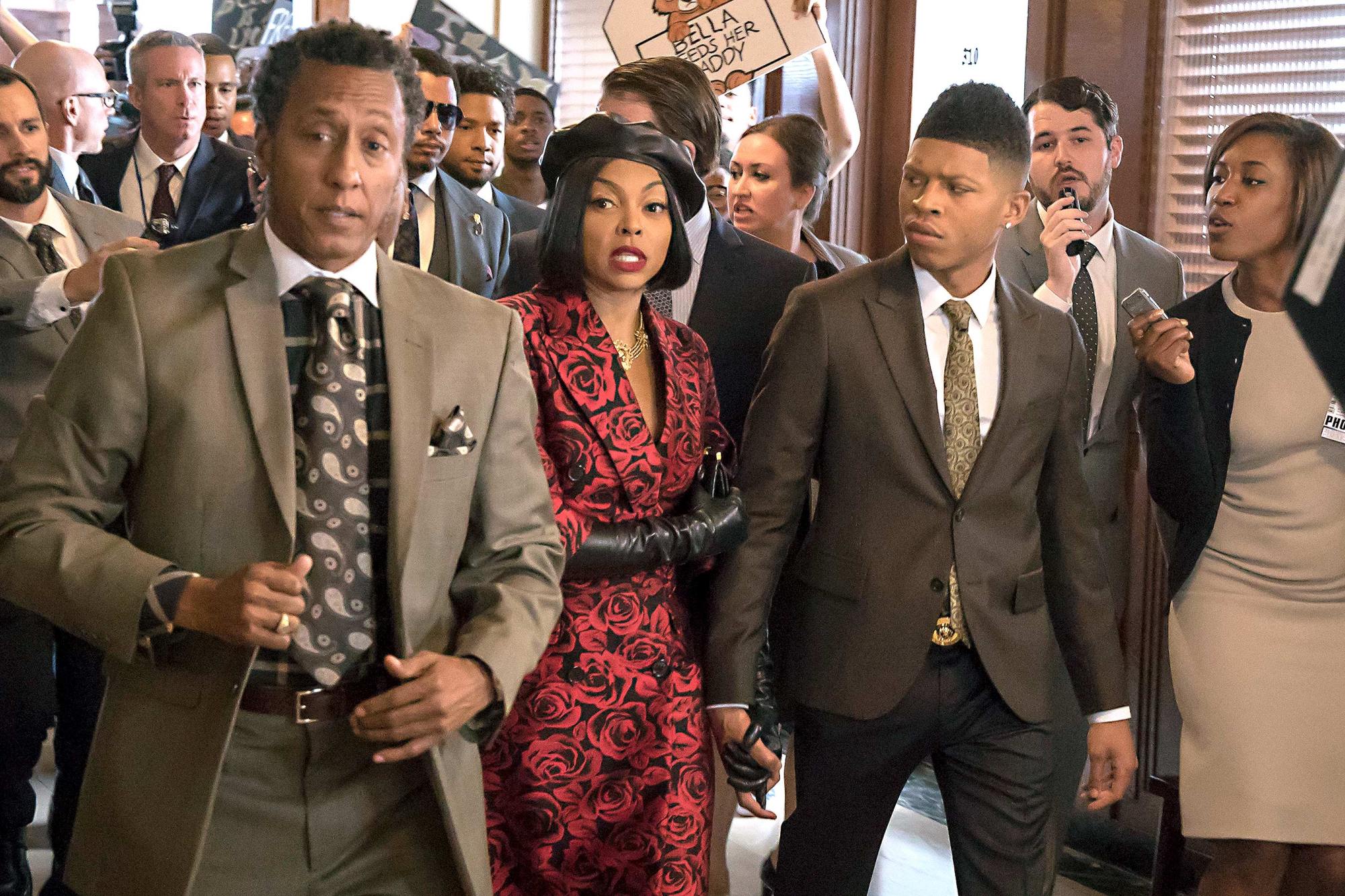 Puns aside, this episode should have been called The Empire Strikes Back. Not only is this a great episode of soap opera television and a return to form, but the Lyon family gets totally destroyed. Reminiscent of the lowest point in Luke Skywalker’s life as he looks at his new robot hand while contemplating the nature of his evil father, Hakeem looks at his baby one last time before handing her to the villains he swore to protect her from. This episode manages to deliver on a number of surprising levels, namely showing us how to do a courtroom scene the right way. Considering how little else happens in this episode, it’s pretty remarkable the levels of ups and downs they manage to inject while keeping it interesting – and quite funny – along the way.

This episode initially makes you think we’re witnessing a battle between Angelo DuBois and Hakeem Lyon. Each of them are defending the honor of their family, and they are literally sitting opposite of each other in the courtroom. But over time, Empire reveals that it’s actually Hakeem vs. The World, while simultaneously Angelo also decides to take on The World. And in a series of overt and subtle ways, The World kicks both of their asses.

Angelo is a broken man. Nothing exposes that fact more than when he calls Cookie to the stand. Expecting the bougie, no-nonsense judge (who’s also a family friend??) to allow him to do whatever he wants while swinging sympathy and favoritism, he’s instead forced to face a jeering crowd, unsympathetic to his plight. Remember, Angelo lost it all because of Cookie. I don’t think this gets reiterated enough: Cookie did play him. Don’t get me wrong, I’m #TeamCookie, but 100% Angelo was played into showing his true colors. Now angry, he calls Cookie to the stand not to win the case, but to expose her – and ironically ends up exposing himself. The greatest moment was when Angelo starts talking about Cookie pistol-whipped him and the Lyons’ lawyer starts going, “Irrelevant! Irrelevant!” It’s amazing on so many levels. The idea that the lawyer is probably thinking, “Yes, Cookie absolutely pistol whipped this man,” and then has the balls to shout “Irrelevant,” winning the crowd and the judge to his side. The judge even tells Angelo that, “his fangs are showing.” It’s a bad time to be him, but honestly, when is it a good time? 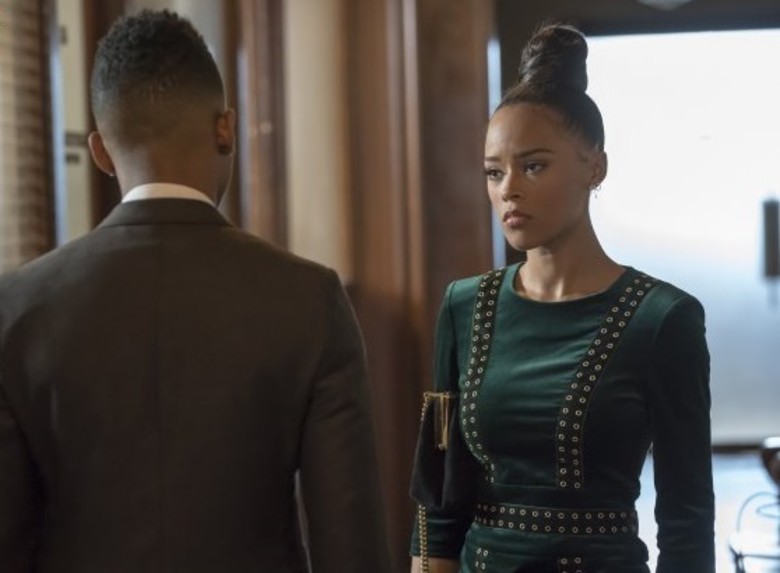 Hakeem is also a broken man. Bella has indirectly caused him to change his entire persona. First, he has shunned the playboy lifestyle in favor of becoming the father that he needs to be. And then, this little girl’s love meant so much to him, that he was willing to work for the DuBois undercover. Maybe that’s why he isolates everyone during this court hearing: Hakeem is well aware of how the DuBois play the game because he’s been used by them before. Diana DuBois has forced Hakeem to dish on his own family while ensuring Bella’s safety. Ironically this tough choice comes back to haunt him in the worst way. After bullying Tiana out of his life for not standing up for Bella enough, he then starts judging every aspect of the trial – overanalyzing it until he snaps. In a horribly off-color remark, the Lyons’ lawyer (not Bubbles) essentially tells Hakeem to chill out because he’s young and can have plenty more kids. Instead of punching this guy in the stomach or threatening him – Hakeem does the worst thing imaginable: he fires him. This move puts Bella’s life in danger as Hakeem is nowhere close to being a professional lawyer, I mean this guy can’t even write 16 bars let alone pass the Bar. But remember, it’s Hakeem vs. The World.

Despite what everyone says, Hakeem decides to represent himself because in his mind if he’s going out in flames it will be by his own hand. But this reality doesn’t really hit Hakeem. Instead he approaches this situation in an almost Disney-like fashion: if my love for Bella is real and true, and it is, then I can do anything. Obviously, his love is real and true, but that’s not going to fix the sink nor be a competent lawyer. And so, Hakeem goes up there and pours his heart out – he calls Anika to the stand and proceeds to carefully roast her by revealing that she doesn’t know all the superficial things about Bella that he knows. He manages to stick the landing and everyone is like, “Wow, ‘Drip Drop’ and now lawyer? What can’t Hakeem’s love do?” Make good decisions. Because with no notice, Diana DuBois shows up to court as a surprise witness. Hakeem having zero legal knowledge has no idea how to handle this situation and so when Diana DuBois plays the tapes she recorded of Hakeem spewing secrets about his family, everyone gasps. Hakeem is not only a horrible lawyer, but his love actually betrayed him.

Hakeem loses the court case for his daughter. Sole custody goes to Anika and just like that, Hakeem can’t stand the rain. It’s hard to put yourself in Hakeem’s shoes, and although the entire Lyon family is furious at him for siding with Diana instead of seeking refuge with them, they are determined to see the end of this. Though the villains have won, a la The Empire Strikes Back, it’s time we gear ourselves for THE Empire to strike back. 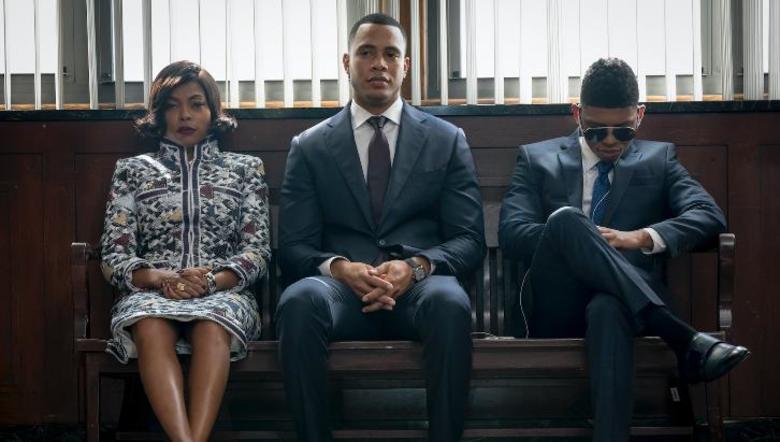 Lucious sits on his couch, sad, and, for the first time in this entire season – angry. Cookie pleads to Lucious to be back to normal, because she needs the Lucious that will make head rolls right now. And Lucious, having recovered from last episode, looks at Cookie and promises blood. In that moment we realize that there is no turning back – Claudia was not the villain, nor was Lucious’ condition our focal point. The DuBois escaped last season with a bruise, it seems that this season there will be broken bones.