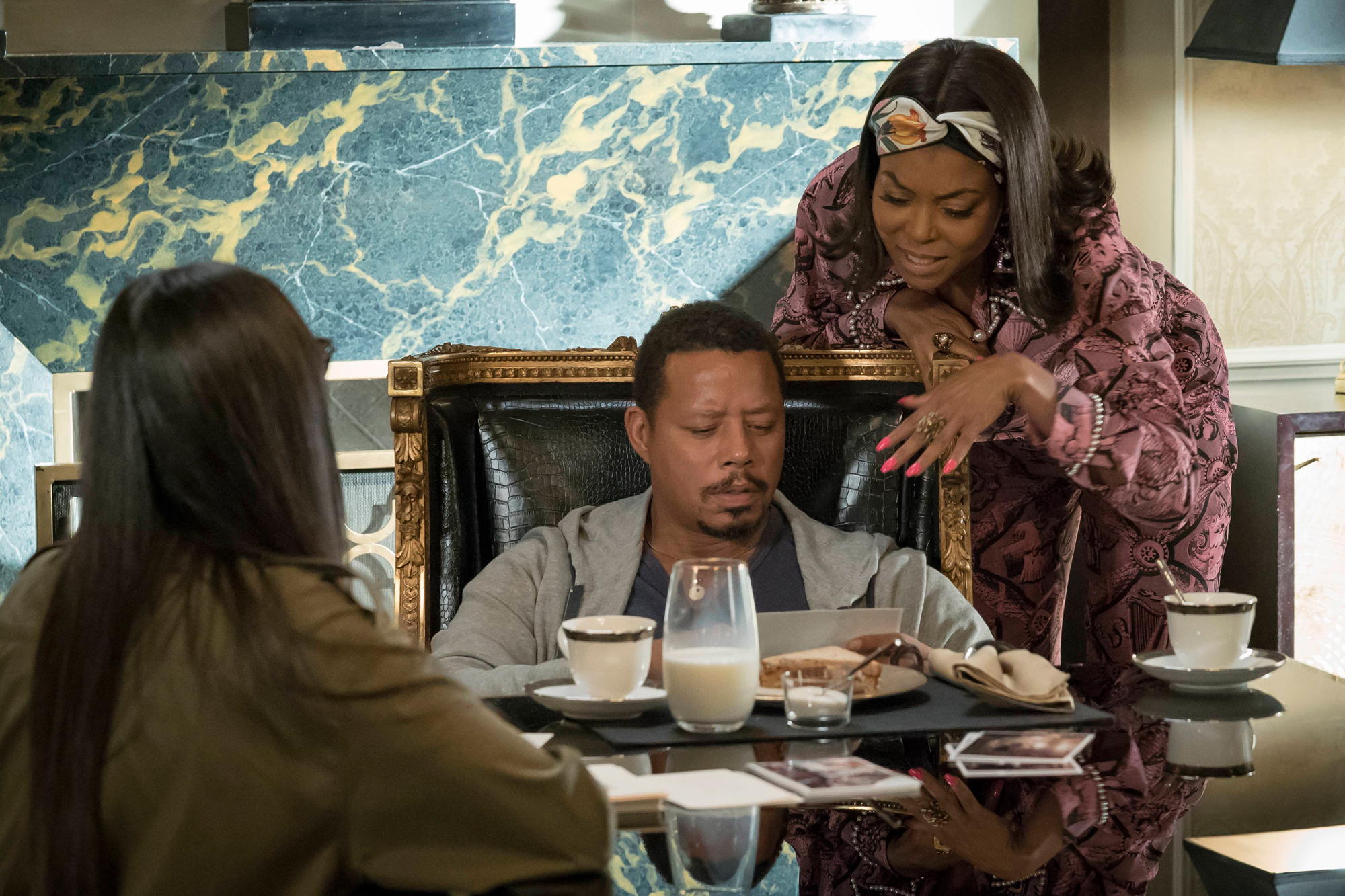 Empire is committed to this “Lucious-amnesia” plotline and at times it comes off as frustrating. It’s hard to make these plots feel like anything but delays to the inevitable. Twin Peaks went through a similar thing in its return, and although there’s much to unpack there, the most straightforward depiction of the plot was a frustration. Empire has decided that Lucious’ condition will be taken advantage of to try to institute lasting change that he would never agree with. Although this is a cool concept, it’s hard to figure out where the line is drawn and if certain people really have his best interest at heart.

The episode centers around Lucious and… Becky. Every once in a while, Empire feels the need to revisit Becky, less to be like, “Remember her,” and much more to be like, “She’s a major player.” I’ve never really gotten behind the Becky train before, and even now I’m not sure if I fully understand. The implications and maneuvers to what Becky does either says a lot about her or a lot about the business and neither are great. Essentially Jamal makes a song that I can only describe as “My Boo” by Usher and Alicia Keys. Everyone is like, “Wow, oh my God, you’re gonna win an Oscar for this!” Which is a very weird thing to tell an artist no matter what the song is like. It would be a non-issue if they didn’t constantly bring it up.

Having been made JR. A&R last season, Becky is hungry for the full promotion, and so steps in on the meetings between Jamal and the executive producer. The executive producer asks for some specific changes to the song, and Jamal being the artist he is, feels like that changes the entire integrity of the piece he built. So, Becky promises to make the changes and works with Jamal on getting it down. Jamal then decides that if he’s going to do this, he’s going to change the entire song. What he creates out of nothing is actually pretty good. It’s also dedicated to his new man/DuBois spy. I feel like the eventual revelation that this guy is a spy for the DuBois is either going to lead Jamal back to pills or have this scene where the guy like, “Falling in love with you wasn’t part of the job,” or maybe both. 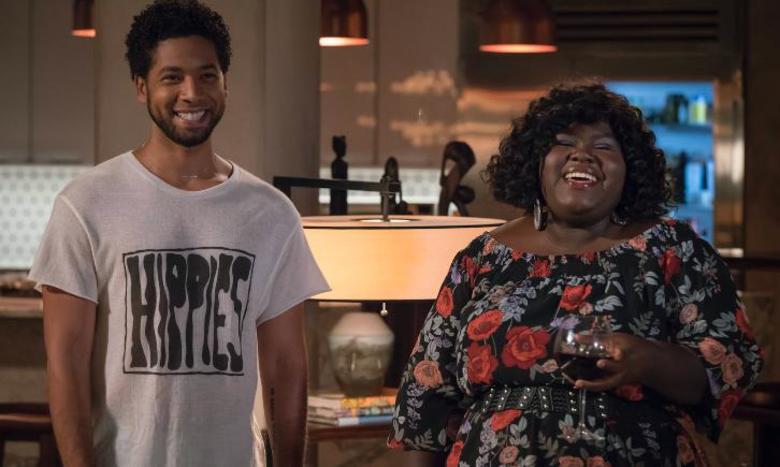 Becky is not happy with this new direction and decides to go behind Jamal’s back and replace his vocals with Tori’s. This is especially bad because they just made up since the last time Tori backstabbed him. Jamal can’t really deal with Becky right now and so retreats to his home and his man. But for some reason Cookie views the shady dealing as something necessary, despite the fact that Becky didn’t even give Jamal the chance he asked for. Due to her machinations, Cookie promotes her to a full-time A&R and I don’t really understand where the lines are drawn? Is Jamal going to be against his mom for this? Are they all in agreement? Is this a new plotline? I guess we’ll see.

The rest of the episode focuses on the relationship between Lucious and Claudia as Cookie struggles in the background. Outside of a stint where Anika lies her way out of the prison time she was framed for, and Cookie gets Lucious to sign away his mother (a murderer/framer) to a mental institution, Empire dedicates the majority of its time to juxtaposing new Dwight with old Lucious. If this Dwight is anything like the old one, then Lucious was probably a sweet, terrified child that took on the moniker of “Lucious” to leave that life behind. Lucious’ deep aversion to violence might culminate in him turning himself in for the same crime Cookie was jailed for all those years ago.

Claudia takes Lucious out to a diner where he learns the name Eddie Barker (Forest Whittaker), an old friend of his. Eddie is having a wedding reception for his daughter, and so Lucious decides to evade Claudia and take a cab to the reception. When he shows up, he gets almost as warm of a welcoming as Eddie’s own daughter on her wedding day. Eddie is thrilled to see him and they quickly start getting into old stories (Lucious has to default to Eddie to tell because he has no memory). During one of these stories, Eddie references Lucious’ violence past which causes him to have something of a panic attack. It’s in this moment that Eddie realizes Lucious isn’t Lucious, and what hurts most of all is this man does not remember him. 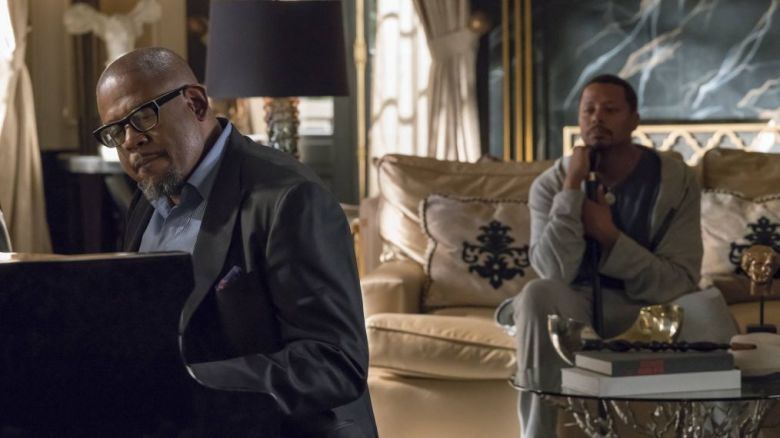 Eventually, Cookie and Claudia find Lucious and when Eddie confronts Cookie about Lucious’ condition she buckles. Cookie is very protective over Lucious and envisions herself as the caretaker of his legacy. This has become even more apparent since Andre is so driven to liquidate his father’s work. Eddie is adamant that this would be a horrible decision and Cookie draws the lines against Andre, and informing Eddie about the true nature of Lucious’ conditions. Eddie tells her to fight, by all means necessary, and that it’s family that sticks together during the tough times.

Andre is struggling. His wife is dead, his father is in this condition because of him, and after Pamela Rose (Teyonah Parris) tries to bang him in a bar, he can’t get it up. It’s even more interesting when Pamela Rose turns out to be Detective Pamela Rose, her newest case: investigating Empire for the disappearance of Guisi (Nia Long). It’s clear that Rose will be the newest fling for Andre, but how far will it go – can it go, is hard to say.

The episode ends with Andre expecting Cookie to give a speech on liquidating the future. Instead, Cookie makes plans for Empire’s most ambitious plan yet: 20 new albums in one year, to mark their 20th anniversary. 20 for 20, here we come.