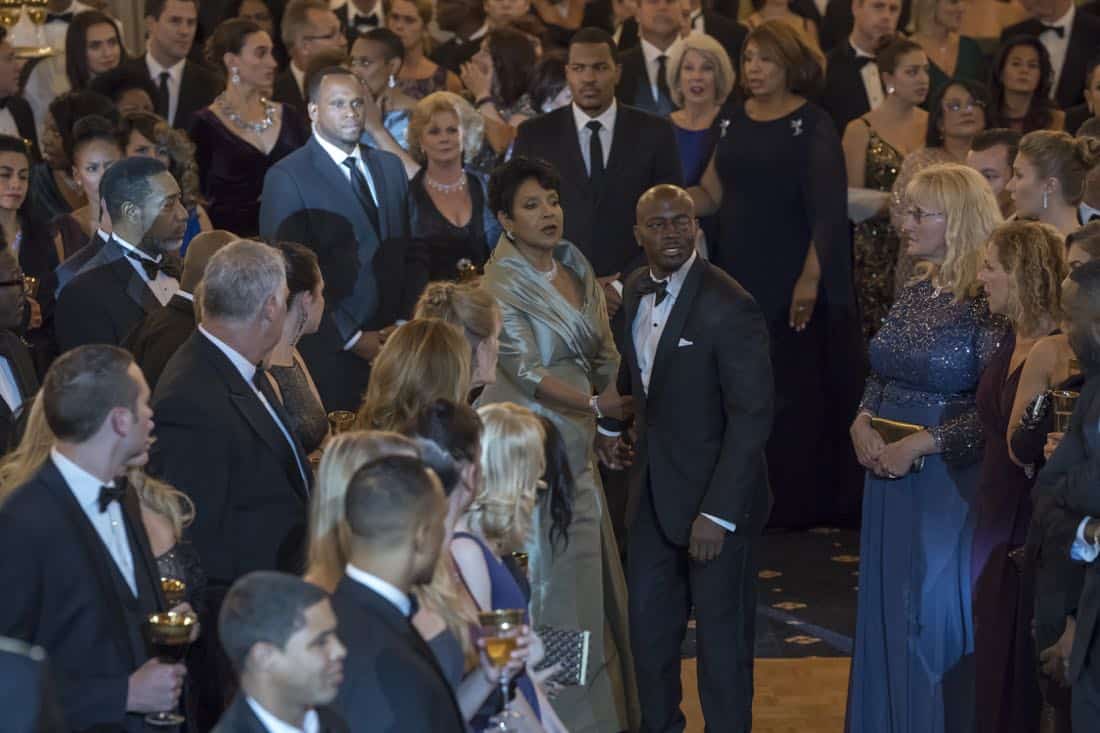 The theme for the midseason finale of Empire is revenge. Revenge is in the air and it’s intoxicating. Not only does every character fall for it, even the ones that have no reason to, but you can’t help for breath it in either. There’s something very satisfying about seeing the Lyon family (finally) get revenge on the DuBois family. Of course, it’s over-the-top and unrealistic and problematic, but that’s when Empire shines brightest. In a lot of ways, I felt like this episode was a return to old form. There were some aspects of this episode that I could do without, but for the most part my wish list was fulfilled.

Let’s start with the bad. The Becky pregnancy plotline is meaningless. There is absolutely no reason we should be trying to explain to rationalize why we need to explore Becky having a baby or getting an abortion. She is such a side character that there is no chance that this will get the time it deserves for this to be a legitimate plot. It’s just a way for the show to dive into some messy territory when they have a slow weak, and that’s a crutch. It also doesn’t make sense why a career driven woman with no visible religious convictions in any aspect of her life would have any qualms with having an abortion while she still can. It’s kind of just drama for the sake of drama, a trap that Empire has fallen into a lot this season. 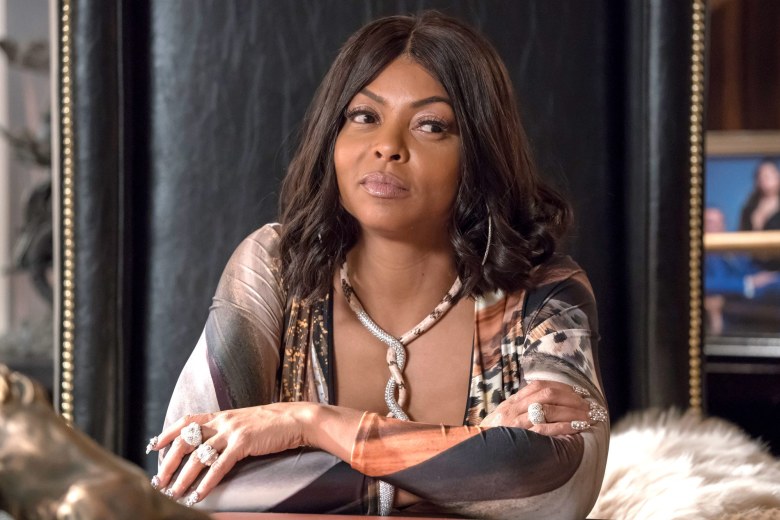 But nothing is more drama for the sake of drama than Eddie Barker having a retirement party, giving a speech about not overstaying his welcome, and then finding out he’s been ripped by a Bernie Madoff-esque Ponzi scheme. It’s laughable honestly, because what the hell is this? Hakeem was literally telling Eddie Barker that he can stay for as long as he wants, and now we’re at this really weird place where it seems like he’s going to rip Empire off for a bunch of money. Why, dude? You were there when Lucious needed you, you were there when Cookie needed you, there’s literally no bad blood between any of you guys, why wouldn’t you just ask your man to bail you out? I mean if this is Madoff-esque then clearly they’re going to hear about it and ask you about it – why not just be like, “Yeah I get f’d up, is it cool if we continue to work together and you lend me some money?” You would get a resounding yes from literally everyone, even the mom in whatever mental institution she’s locked up in.

The rest of the drama is grounded in something that lets you have fun without having to suspend all your disbelief. Cookie and Lucious decide its time to take the DuBois down. It doesn’t hurt that Warren builds the courage (and the 10,000 dollars to pay off the doorman) to confront Jamal in his apartment. At first Jamal drags Warren through the mud, but he can’t help but still be attached to this man. Warren is a cliché, and Jamal is a corny commercial manifest – these two are made for each other. Warren is willing to take sides in this family feud and officially declare for the Lyons. This is all the ammunition Cookie needs to plan to crash Diana’s Ball. Diana DuBois has spent a lot of time ensuring that there is no way that the Lyons could infiltrate the ball, but what she forgot to realize is that her son Angelo is a coward. And so, after Lucious beats him around a little bit, Angelo agrees to get the Lyons into the ball. Even if he didn’t, Cookie had planted Lyon minutemen in the orchestra to turn against Diana. 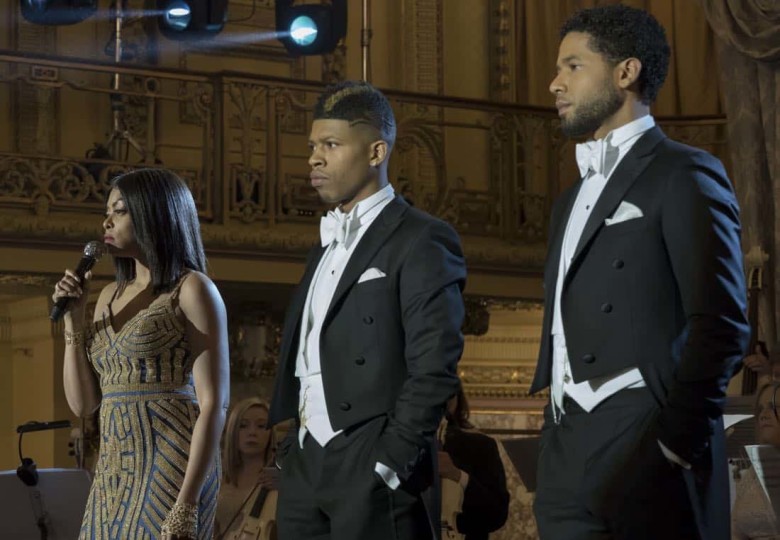 By the time the Lyons arrive with a bloodied and beaten Angelo, it’s too late for Diana to stop this. Jamal, Hakeem, Cookie and Warren each take turns skewering Diana DuBois amidst the social status she cares so deeply for. As Diana tries to rein in her power base, the police show up, not to arrest Cookie, but to arrest Diana for the kidnapping of Bella Lyon. The fall from grace honestly could not have been harder for Diana, and serves as consolation for the fact that Andre is in a coma due to her and his therapist’s actions. It also helps that pinning those charges on her allows Hakeem to immediately gain custody to his daughter. When Anika protests he tells her that Warren gave the Lyons tapes of Anika and Diana conspiring to kidnap. Anika’s only fear now is jail, which Hakeem assures her she won’t face as long as she adheres to his rules. 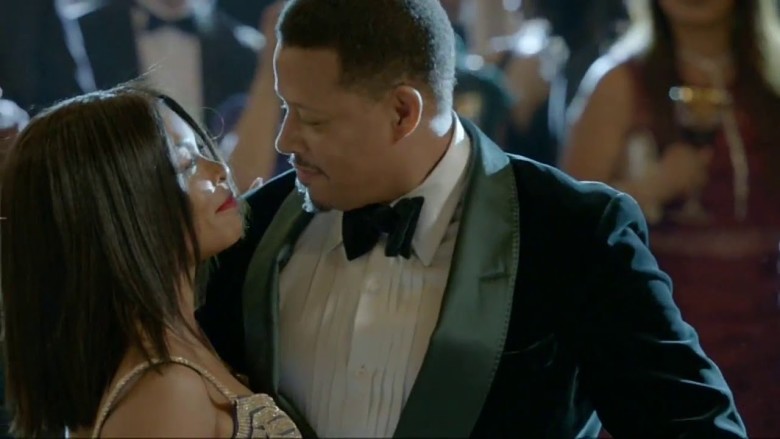 So, who’s left to destroy? It seems like the dust has cleared and the Lyons have won. Not only that but Lucious is convinced that he’s really back, and ready to take back the throne that Cookie has inherited. Although Cookie is apprehensive to this sudden return, you can’t help but feel her relief. It really seems like her husband is back and better than ever. The old Lucious berated Jamal for having PTSD, the new Lucious stops by Andre’s bedside to tell him the good news: revenge was served. But in his stupor, Andre stammers and tells his father that it was he who set the bomb that lost Lucious his leg. Lucious is stunned, but not as stunned as when a needle goes into his neck, putting him to sleep. The next time Lucious wakes up, he finds himself strapped to a bed, with none other than Claudia lording over him.

If that wasn’t enough of a cliffhanger, Angelo finds Warren and shoots him in the shoulder. Jamal witnesses this and as they wrestle for the gun, Jamal shoots Angelo in the stomach. He pats Jamal on the back, collapses and (seemingly) dies. It’s important to note where these two last years. Jamal was Angelo’s biggest supporter and Angelo supported Jamal’s struggles and visions when Jamal’s father wouldn’t. That’s why Jamal is petrified after Angelo dies, it’s not because Jamal isn’t willing to be a killer, it’s that it shouldn’t have ended like this. They could’ve made up, they should’ve been family.

Empire will return in the spring and it’ll be interesting to see how the show chooses to deal with the Lucious plotline. I really hope we don’t spend much time on Becky or Eddie’s, but it’s nice to know that Forest Whitaker will remain a part of this show. Who knows, maybe he’s in on it with Claudia and the two of them are about to extort Empire for millions of dollars?