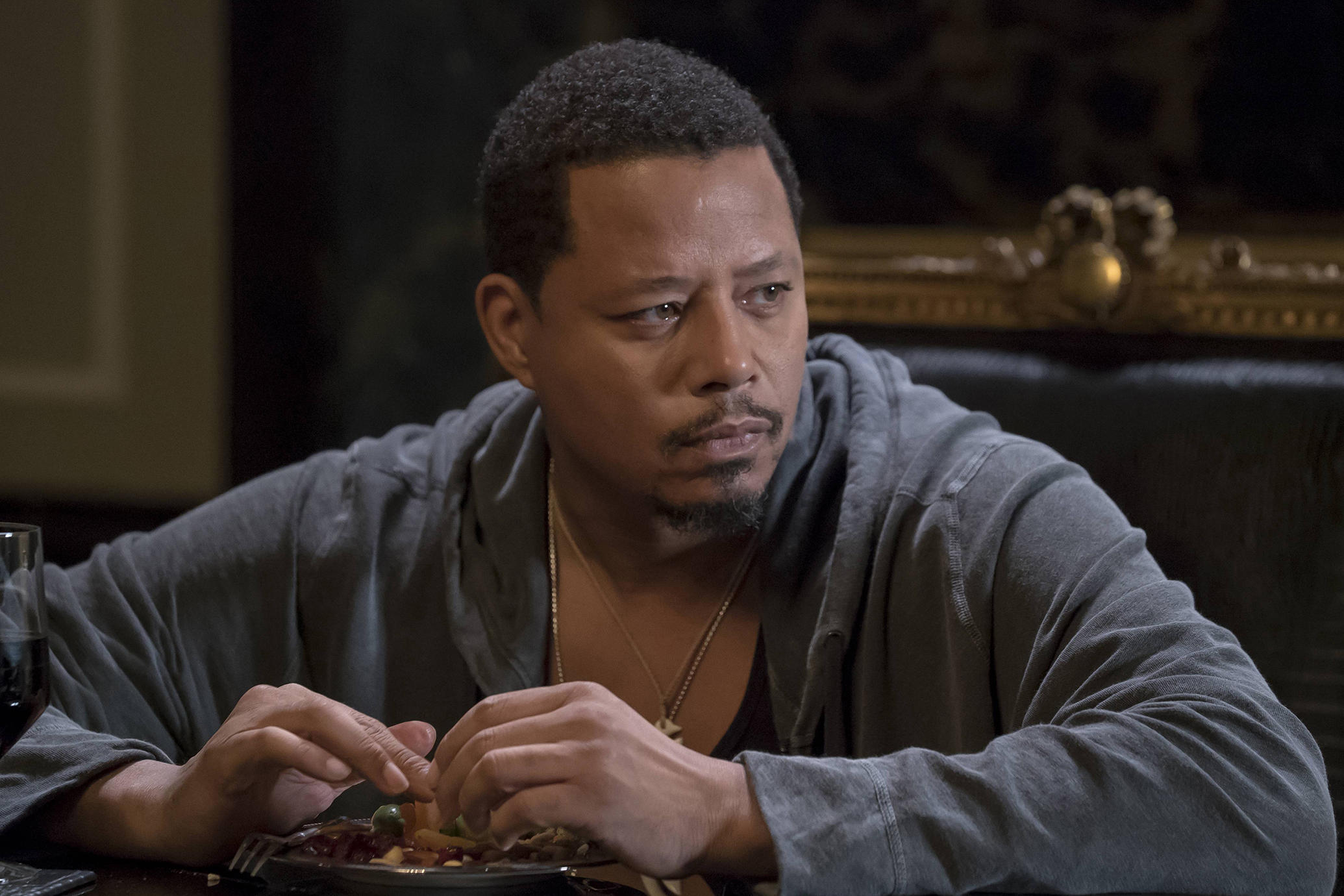 Empire decides it’s finally time to move on with this drawn out plot, but not without one last hurrah. The problems with this show are surmounting and we’re beginning to reach a point where I’m starting to feel like I don’t enjoy watching Empire. Can I say it’s too ridiculous? Is that OK for me to say – because I feel stupid saying it. I’m a big proponent of judging entertainment by what it’s supposed to be. It’s like when people mock the Fast franchise, and yet tell themselves that Amelie is relatable content. Empire is meant to be a soap opera of epic proportions, but I’m beginning to feel like this is all getting out of hand.

What really set it off for me is when Anika concocted a plan for sole custody while Lucious was dealing with amnesia. Not even a three-hour special could feasibly deal with both of these plots, and that’s not even referencing the fact that Andre is still insane and Jamal is having sex with a man who’s betraying him. Empire has decided to mask lazy writing with plot and it worked for a long time, but we’re beginning to hit that inevitable wall. If Anika’s sole custody was the trigger, then Cookie having to struggle with the possibility of losing her job for the 200th time was the bullet. You can’t turn the plot up to 11 while having repeated beats, it just doesn’t work like that. And so, like all empires, Empire is beginning to show its cracks. 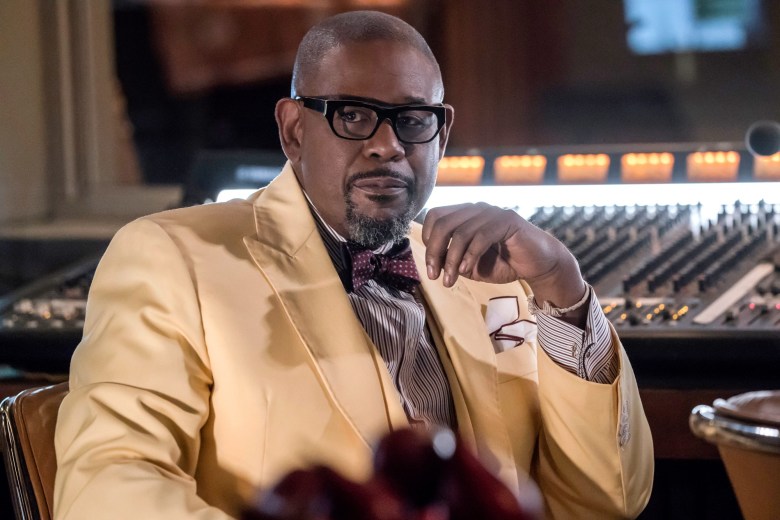 If there’s any plot that’s still engaging, it’s the one Empire has decided to move away from. I am very happy to say that Lucious’ amnesia will not be nearly as frustrating as Special Agent Cooper’s, but they do both see colors. A big part of Lucious’ development has been his apparent synesthesia (his ability to connect music to colors). This is the reason why he finger-paints, and after word gets out to the board that Lucious is dealing with brain trauma, Cookie is forced to ramp up his route to recovery. Claudia does whatever she can to help him, but Lucious makes his largest leaps to recovery in the studio. Using his newfound talent to analyze the approach of his artists, Lucious is able to impact their music in a way that was concealed to him before. It doesn’t hurt that Lucious decides to call his friend and legendary music producer Eddie Barker (Forest Whitaker) to help him hone his new musical skills. What develops from there is an interesting turn of events that made this episode enjoyable. Lucious begins writing music as finger paints, he gets lost in his own euphoria and professes love to Claudia while picturing her as Cookie. When he comes to (after having sex with Claudia), she professes love to him and Lucious goes, “You’re not my muse. Cookie is.” Claudia is hurt and stunned, and it’s finally clear she had ulterior motives all along. Lucious demands she leave his house, and then proclaims, “I’m back.”

Happy to be rid of that plot, Lucious helps Cookie with her own. The addition of Eddie Barker cements Cookie’s position amongst the board, and she gets to keep her job. She can then use her clout as mother to keep this family together. After Hakeem realizes that this Bella case could go poorly for him, he punches Angelo in the face and arranges travel for him, Tianna, and Bella to Cuba. If this sounds stupid, it’s because it is. Stupid enough that Cookie stops Hakeem before he can even get started, which leads into the next plot. Tianna betrays Hakeem’s trust by informing Cookie of his plans to leave. This causes a rift between the two that will surely carry on to the next episode.

Angelo (Taye Diggs) has been working as a villain behind the scenes, but he decides to make an appearance: handing Jamal his summons and making fun of his boyfriend. The thing is, Jamal’s boyfriend is Angelo’s cousin working undercover. When he confronts Angelo about the brashness of approaching Jamal, Angelo is quick to call him sprung. He then insinuates that his cousin needs to know where his loyalties lie. It seems as though Angelo is beginning to take the reins of his role as villain once and for all. His mother Diana is the true puppet master, but Angelo is going to be something of a problem for Cookie and the newly restored Lucious to take down. 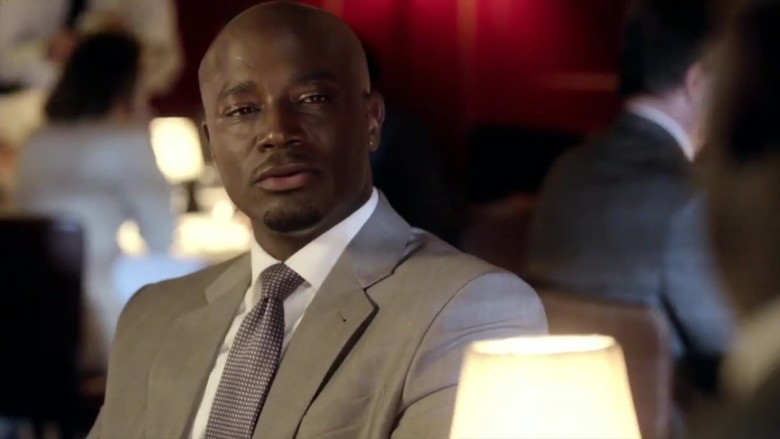 As I’ve said before, Andre is insane. He’s the real wild card of this season, and it’s impossible to say where his emotions will land him. My guess is in jail. The only real move we see him make is confronting Shyne on suspicion of him talking to the police. At first this seems ridiculous until you remember that last year Shyne did talk to Tariq to get to Lucious. Would it be so ridiculous for Shyne to talk to Agent Pamela Rose to get to Andre? Maybe this is what he’s so concerned about, but when he aggressively confronts Shyne, Shyne throws it back in his face. Andre then has another breakdown and realizes that he can’t continue living his life like this. If Shyne wishes to blackmail Andre into his bidding, Andre would be better off facing the judgement of the Lyon family for the crimes against his father. Shyne is stunned by this, but there’s no reason to be. Remember, Andre’s crazy.

Next episode will focus on a trial, and that’s never good. I have never seen a trial episode in any show that doesn’t routinely deal with trials turn out well. It just can’t be done. But maybe, Empire can work some magic, Lucious can have an entire episode where he’s back to normal, and we don’t have to feel like 5,000 extra plot threads were added and unresolved in the last thirty minutes.