We’re finally here, the beginning of the end, and boy is it a bit a mess. But like most things Empire, even a mess will be thoroughly entertaining. The episode gives us a glimpse into two weeks later, Cookie in Las Vegas at Lucious and Guisi’s club, starting nothing but trouble. But it jumps around more than that. Timelines don’t really add up, and characters that I was certain were doing one thing, are actually doing another. For instance, Andre wasn’t lying, Nessa was simply business to him and he’s moved on. Also, Tariq had nothing to do with Bella’s kidnapping, beyond that, despite all that Lucious has put him through, they seem to find common ground. It’s an episode that throws a lot of character development out of the window for the sake of entertainment. 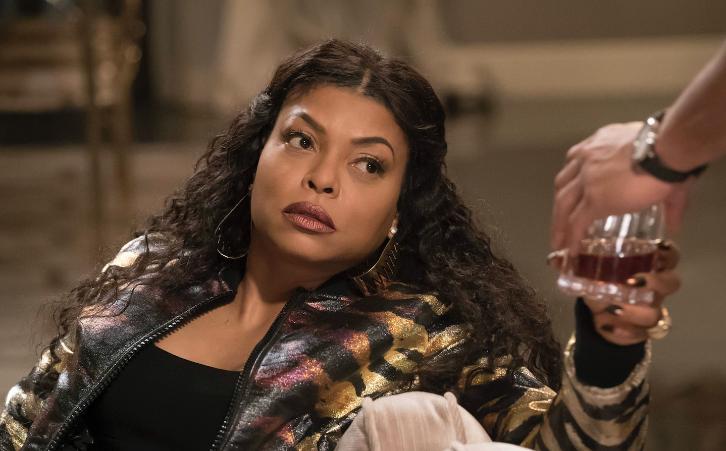 In some ways, this feels like a spec script. In that, I mean, every character’s want is so overtly indulged that it feels like a writing exercise rather than a TV episode. In fact, only Lucious, usually the most straightforward character, offers any ambiguity whatsoever. It’s hard to say if Lucious is controlling the events unfolding or if Guisi is controlling him. Lucious makes a quick judgement calls, firing longtime lawyer Thirsty at Guisi’s suggestion, and making companywide budget cuts in order to fund a Vegas outlet that he wanted nothing to do with a few episodes ago. His relationship with Cookie, although even keeled, also seems weird. He seems endear himself to Cookie’s rationality, rather than her emotion – literally the opposite of what he’s been doing this whole season. Lucious’ strange behavior is perhaps a tip that he’s being controlled by Guisi in some way or another.

But when it comes to control, no one stands in front like Andre Lyon. Charlotte Frost (Eva Longoria), the head of the trade commission in Las Vegas is also a Mormon. And as Cookie likes to point out, she’s a corrupt Mormon. I feel like there was a lot of Mormon bashing this episode, one of the many messes, but with that being said – I guess it’s a fairly compelling character. That is, until she decides to shack up with Andre for no reason. The political insight from allying himself with Charlotte, combined with his breakup with Nessa and Shyne, puts Andre in a unique position of power against his father. But you can’t help but feel like Andre’s unhinged nature is going to kill him. He’s made a lot of enemies. Shyne, Nessa, Guisi, Lucious, and possibly Charlotte, we’re getting to the point that when Andre needs help, no one will be there willing to help Andre.

Jamal and Hakeem are losing their minds in very different ways. Hakeem is more direct. With Bella gone, he’s losing it. Even angrily approaching a woman carrying a baby boy, confusing it to be Bella. Jamal literally says, “That’s a little boy, that’s not Bella, come on,” and you can feel the shame on Hakeem’s face. Nothing really matters to him anymore, and I would not be surprised if he remixed “Bohemian Rhapsody” to make this point clear. Jamal on the other hand, is having a different type of mental breakdown. He has completely resigned any sort of fight in order to grant favor towards Lucious’ wishes. Lucious swears he’s not trying to control Jamal, but it’s hard to believe him. Although he’s been acting strange, it seems foolish to assume Lucious is displaying altruism wherever he goes. Cookie isn’t buying it either, and starts what she labels as “The Resistance” a group of disgruntled agents united by a dislike for Lucious. But Jamal doesn’t fit in “The Resistance” because he has nothing to resist. Lucious is right, Jamal should hold off on his album release until Inferno has been out for a few weeks.

As a matter of fact, no one in “The Resistance” seems to agree on anything. Hakeem only cares about Bella, Andre only wants to bring Lucious down, and Cookie only cares about targeting Guisi. What we’re left with is Cookie and Thirsty, forced to build a team out of some disgruntled employees, like Becky, and all of Cookie’s sisters. The plan is simple: recreate Ocean’s Eleven and if that sounds ridiculous to you, then I’m glad you’ve been paying attention. How did things get to this level that Thirsty needs to organize a multi-layered heist that includes Becky breaking into a safe? Whatever happened to forceful takeover? Threats? Blackmail? No, we gotta do a Vegas heist.

As you can imagine, the heist goes horribly. Becky ends up seducing the guard leaving Cookie’s sister, with no experience and deep streak of nervousness to break the safe. And then there’s a bizarre cut that leads to… her breaking the safe and arriving at the rendezvous point unscathed. We don’t see any of it! How did she do it? Did she guess? Pray? Use dynamite? Watch a YouTube tutorial? We’ll never know, because she struts into the rendezvous point as if nothing ever bothered her. Unfortunately, the documents she went through no trouble to get don’t really add up to anything thanks to Andre and Charlotte’s scheming.

That leaves Lucious and Tariq. Through all the real heinous, mean, attacking, borderline ruthless stuff they’ve done to each other, they’re willing to throw it all away for a baby. When Lucious’ mom Leah gets wind of Tariq’s arrival to the house, she puts glass in his sandwich. Thankfully Lucious catches wind and puts his mother in time out. The two brothers bond: they call themselves “brother,” they beat up bad guys, they even laugh and joke and apologize. It seems like the rift between them is over. And when Tariq does his job and finds out that Bella has been taken by the DuBois family, he is eager to tell his brother Lucious the, relatively speaking, good news. Lucious is thrilled to have his younger brother there, on his side, willing to help each other out. And then, literally one word before he was about to say “DuBois” Leah stabs Tariq in the neck with a letter opener, killing him on the spot. Lucious looks up at his mother, horrified by her actions. And just like that, the episode leaves us at