Whether you’re a filmmaker or a distributor, winning a Best Picture trophy doesn’t happen very often. Even rarer is winning two in a row, and yet that’s what Fox Searchlight just did in 2014 and 2015 with 12 Years a Slave and Birdman. Consider, also, that the company has either released a Best Picture nominee or a film that won another major Oscar each year since 2006, and in several years, it has done both.

This has been a particularly light year for Searchlight — the art house division of the 21st Century Fox Corporation — both in releases and grosses. It has, in fact, only put three films in theaters thus far, which have grossed a total of just over $8 million domestic. Now, one of those movies is Absolutely Fabulous: The Movie, which did pretty fantastic business abroad — to the tune of $27 million, almost all of that in the U.K. — to augment the $4.4 million it has done in the three-plus weeks it has been open stateside, but as we discussed two weeks ago while looking at The Weinstein Company, when your biggest grosser is a holdover from the year before and has done more business in the new year on its own than all of the new releases combined, it’s not exactly a banner campaign.

That holdover would be Brooklyn, which was not only the studio’s Best Picture representative back in February, but has also taken in close to $19 million since the first of the year, once the Oscar nominations were announced and the film nabbed a trio of nods, including Best Actress for Saorise Ronan and Best Adapted Screenplay for Nick Hornby. This reinforces one of the lessons we have learned over and over these past few months — awards talk leads to big box office. It’s a business model that has worked exceptionally well for the company over the years. Create quality, awards-buzzy films and put them out there for people to see. Since most of the fare is low budget, or purchased at one of the major film festivals at which Searchlight is a regular participant, the overhead is relatively light and the upside is considerable.

Consider: Most of the movies that Searchlight releases, even the ones with relatively larger budgets (like, say the $18 million Birdman, or the $22 million 12 Years a Slave) are made with someone else’s money. There are exceptions, of course, like 2013’s Belle, but even the movies in which it does invest are often co-productions, like The Grand Budapest Hotel. The risk is thus mitigated, but so are the profits. Sure, there’s a distribution fee involved, but it’s not really the same as the larger grosses that come with actually financing a film. At the same time, there is less of a chance the company will suffer a major loss if it’s only putting the movie into theaters.

For the past eight or nine years, Searchlight has been pretty consistent. With an exception or two, the company has put seven or eight movies into theaters in a given calendar year, with some solid box office performers that finish with domestic grosses in the $30-60 million range. There are inevitably some outliers, but the company has had just three films in its history clear the $100 million mark domestically, all three of them Oscar winners. Juno did over $143 million in business in 2007-8 and won Diablo Cody a trophy for Original Screenplay; Slumdog Millionaire did $141 million in 2008-9 and took home eight Oscars, including Best Picture; and Black Swan did just shy of $107 million in 2010-11, and won Natalie Portman her Best Actress statuette.

Short of that, just two other movies have gone north of $60 million, and they were both directed by Alexander Payne: The Descendants and Sideways. So when I say that the range is pretty consistent, you understand I’m not overstating things. It’s one of the things about this year that is so odd. With only three movies released so far, one could reasonably expect to see another four or five before the calendar turns to January, but that isn’t the case. In fact, the only movie on the 2016 slate is The Birth of a Nation, for which the company spent a record $17.5 million at this year’s Sundance Film Festival. There are great awards hopes for the film, which is written, directed and produced by its star, Nate Parker, but not only is the buzz not exactly setting the world on fire, now there’s also controversy attached, in the form of a 17-year-old rape case involving Parker and his college roommate, Jean McGianni Celestin, who also co-wrote the movie with Parker.

Both Parker and his distributor are addressing the situation head on, which is good, but the situation is most certainly not. With the movie not due on screens for another two months, this could very well fade into the background, but if it doesn’t, one can’t help but wonder how it will affect the movie’s box office prospects. The company is clearly hoping for another 12 Years a Slave, both in box office (over $187 million worldwide), and prestige (that Best Picture trophy), but the combination of chatter that the film is not worthy of such a large purchase price, and this upsetting incident, could put the kibosh on such dreams.

Either way, it would take a Herculean performance by Birth to get Searchlight’s year end numbers to the $100 million mark. If patterns hold and that number isn’t met, it would be the first time since 2001 the company couldn’t reach nine digits. Only twice in the last 15 years has the company’s grosses been as low as $28.6 million (where it currently sits) this late in the year, and one of those was 2013. There were four more movies released that year, including 12 Years, which immediately puts it in a separate category. Add in the paltry 0.4 percent market share, and you have a remarkably disappointing 2016.

Now, there is certainly the chance that Searchlight could pick up a movie or two in Toronto and turn it around quickly for a year-end awards run, but short of that, we’re looking at the company’s worst year since the start of the century. 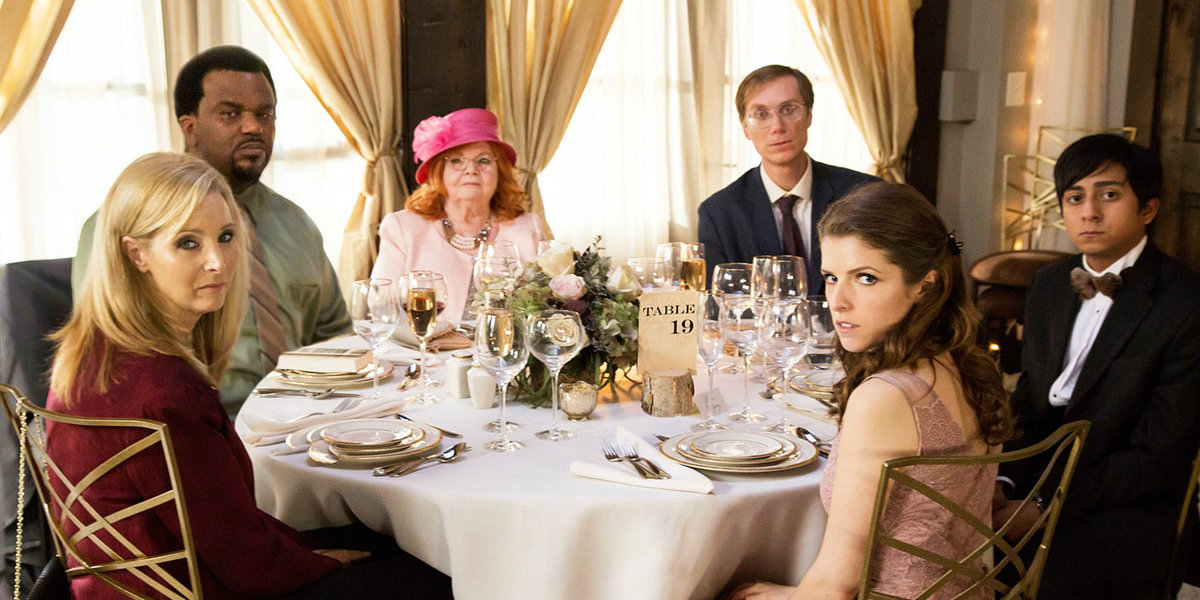 At first glance, next year looks no better. The ensemble comedy Table 19 is scheduled for January; the dark comedy Wilson, starring Woody Harrelson and Laura Dern, hits March 3rd; and the Chris Evans-led drama Gifted is set for April. There is also the Emma Stone/Steve Carell movie Battle of the Sexes, about the famed 1973 Billie Jean King-Bobby Riggs tennis match, but that doesn’t yet have a firm release date other than the nebulous, “some time in 2017.”

Again, there’s a lot that will happen between now and whenever that film hits. For one thing, there is Toronto and Sundance, as well as South by Southwest and Tribeca, all of which could provide projects that Searchlight could nab and eventually put into theaters. For another, there are plenty of movies in development or on the way to being release ready. Movies like Three Billboards Outside Ebbing, Missouri, from In Bruges director Martin McDonagh; My Cousin Rachel, starring Rachel Weisz and Sam Claflin; the biopic Goodbye Christopher Robin, with Domhnall Gleeson and Margot Robbie; and the long-awaited Super Troopers sequel, all of which could potentially see the inside of a movie theater in 2017.

If that’s the case, it’ll be an outstanding rebound year for a company not used to needing them. After a year like this, however, it definitely will need one. Badly.