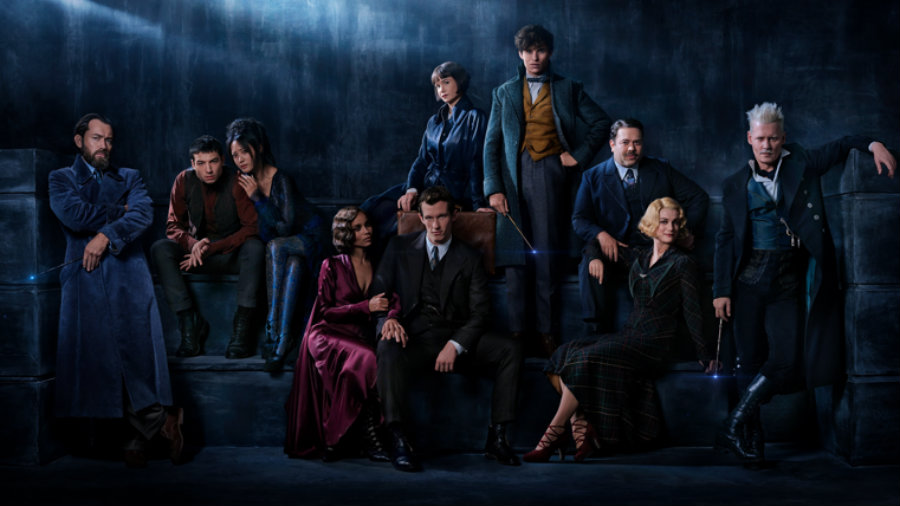 With the sequel to the JK Rowling’s spin-off Fantastic Beasts and Where to Find Them due out in a year from today, Nov. 16, 2018,  Warner Bros. announced the title for the movie along with a fancy title treatment and group photo.

Fantastic Beasts: The Crimes of Grindelwald is once again directed by David Yates from a screenplay by Rowling herself, and the film is produced by David Heyman, J.K. Rowling, Steve Kloves and Lionel Wigram.

Eddie Redmaybe returns as Newt Scamander, the wizard who helped the Magical Congress of the United States of America capture the dark wizard Gellert Grindelwald, played by Johnny Depp, in the first movie. When Grindelwald threatens to escape and fulfill his agenda to raise pure-blood wizards to rule over those who don’t practice magic, Albus Dumbledore , played by Jude Law, sends Scamander to capture Grindelwald.

The picture gives us a first look at Jude Law as the younger Dumbledore, the head of Hogwarts played by Richard Harris and Michael Gambon in the Harry Potter series. The photo also confirms that Zoë Kravitz would have a bigger role as Newt Salamander’s ex Leta Lestrange — she appeared on a dresser photo in the first movie — while Callum Turner (The Only Living Boy in New York) will play Newt’s older brother Theseus, to whom Leta is now engaged.

Ezra Miller is back as Credence, while Katherine Waterston returns as Tina Goldstein, Dan Fogler is back as Jacob and Alison Sudol once again plains Tina’s mind-reading sister Queenie.

The original Fantastic Beasts and Where to Find Them grossed $814 million worldwide last year when it opened on this same weekend.

You can see the title treatment below, and who knows? Maybe we’ll get some sort of teaser trailer before year’s end. 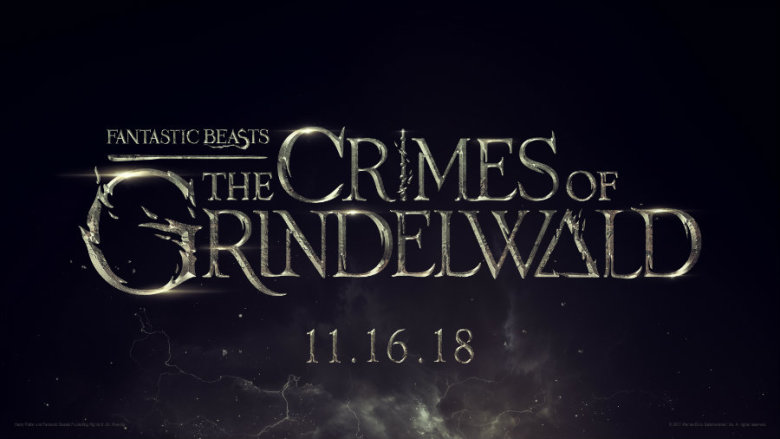