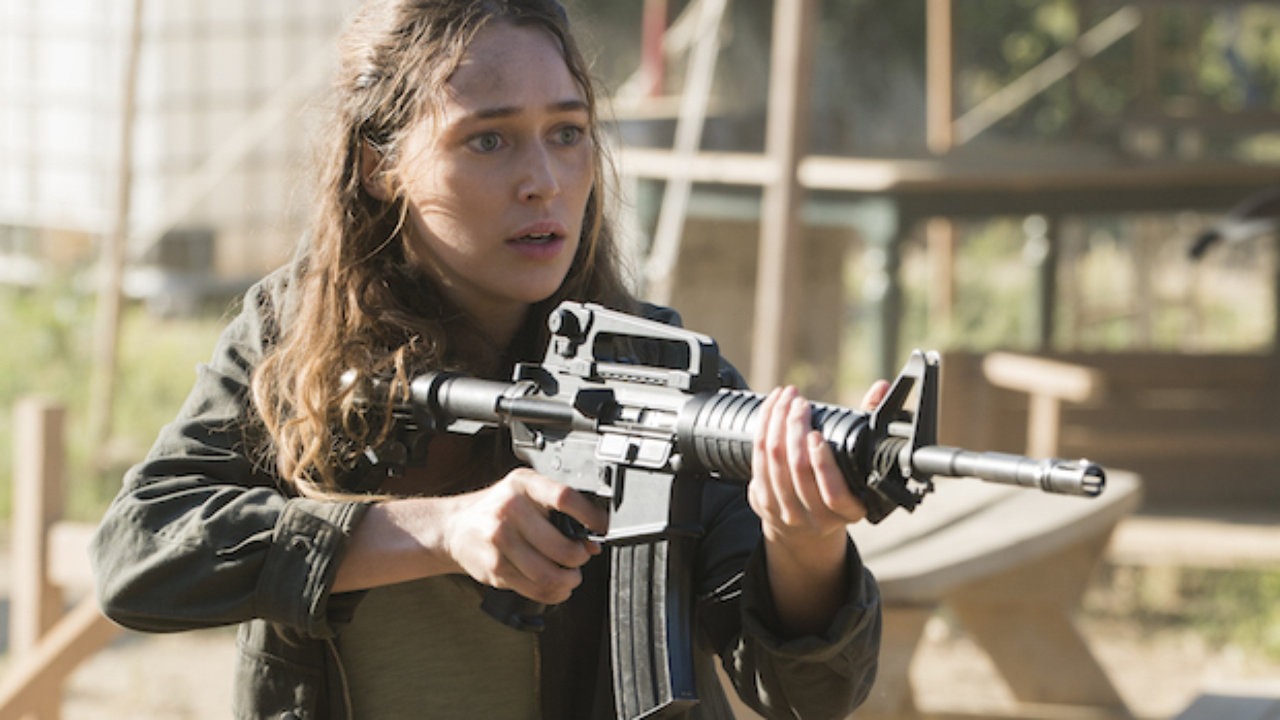 For a show about the zombie apocalypse, Fear the Walking Dead has been suspiciously light on the undead this season. Mostly it is a good thing; it allows the show to focus on character more and the human conflicts that arise in this chaotic new world. But every once in a while we need to be reminded that they ARE out there and they WILL take characters from us, even well liked ones, at any given moment in the show; it doesn’t even have to be the season finale! That’s the fundamental element that makes shows like this compelling, and the latest episode, entitled “Brother’s Keeper,” delivers on that well.

Last week we spent the entire hour with just Madison, Taca, Strand, and Daniel, and did not touch on any of the goings on at the Ranch. This week gives us all the other characters and none of the aforementioned. It opens on a surprising one: Troy. After being cast out of the Ranch for inciting violent conflict between his people and The Nation, Troy has been roaming the desert on his own. He was given one gun with one bullet in it, in case he wanted to take his own life. On the contrary, Troy has plans to take many, many others, although it turns out that includes one he did not intend. 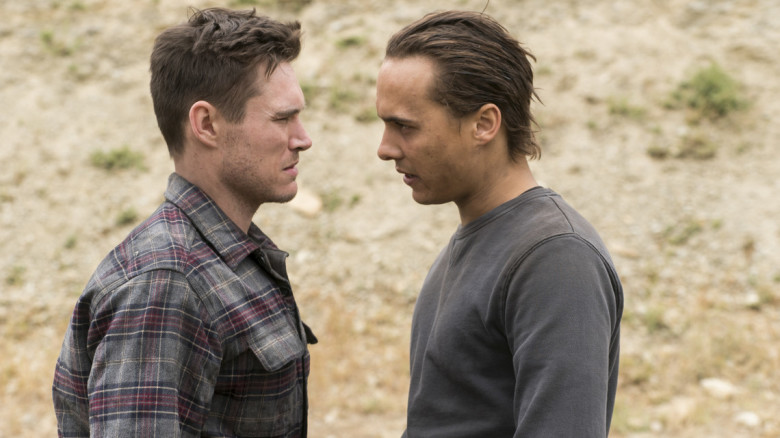 Troy fires his one bullet in the air and is able to draw an entire herd (or as the characters on this show call it, a “horde”) of zombies. He is going to lead them to The Ranch. Waiting there unsuspectingly are all our favorite characters: Ofelia, Nick, Alicia, and Troy’s brother Jake. When we find them, they are fighting off zombies from attacking their cattle, and then ultimately decide to take the cattle’s lives themselves to make jerky out of them. They figure that with only six weeks worth of water, they cannot be wasting it on the livestock. Jake is unhappy with this, and he expresses as much to Alicia. He even offers to run away with her to a cabin in the south desert, where the two of them could live easily off the land peacefully. It makes sense; now that his father is dead, and he feels less of a tie to the land he has sacrificed so much to defend, why not move somewhere a bit easier to live? But Alicia turns him down, to his dismay.

That’s why it is with great sadness I report to you (SPOILER ALERT!) Jake does not make it out of this episode alive. Troy returns to the Ranch and goes straight to Nick. He tells him he wants to show him and his brother something. Before they leave, Alicia stops Jake and tells him he is the only good man she knows left. When you look at all the other male characters (and even the female ones, to be honest) on the show, you know she is not lying. This may have been a red flag that they would not be seeing one another again. Driving out on the empty highway, Jake confesses to Nick that Troy has always been a little screwed up and that he is not going to get better. That could have been the second tip-off. 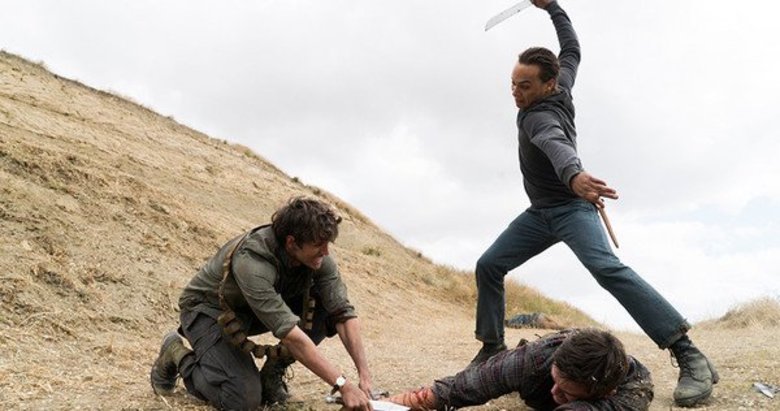 When they finally see the herd, Jake notably drops the show’s first F-bomb, and it’s pretty fitting. He and Troy get into it and of course it comes to the point where Jake is ready to take care of Troy once and for all. Aiming his gun at him, Jake is about to fire when Nick knocks him in the head, stopping him. This was a surprise; I know Nick and Troy have grown to tolerate one another, but after all the chaos Troy has caused, you would think Nick would just let Jake take his brother’s life already. But I suspect Nick, a former screw-up and drug addict, sees a bit of himself in the lost Troy.

Sadly, from Nick’s blow, Jake tumbles down a hill and a zombie gets a good chunk out of his shoulder. Bye bye, Jake, we hardly knew ye. What’s worse is the horde makes it all the way to The Ranch and are pushing through motorhomes lining the perimeter within minutes. From outside Nick and Troy watch in horror as the horde swarms their home and all the people inside. Alicia is able to lead people towards the pantry bunker where they can wait this out. Nick tells Troy that they now have to find a way to save all the people he almost killed and that he can sleep when he’s dead. And Madison is not going to be very happy when she returns! And if something happens to Ofelia and she isn’t there for the water deal with Lola and Daniel…

It is certainly shaping up to be a climactic final stretch of episodes for the third season!