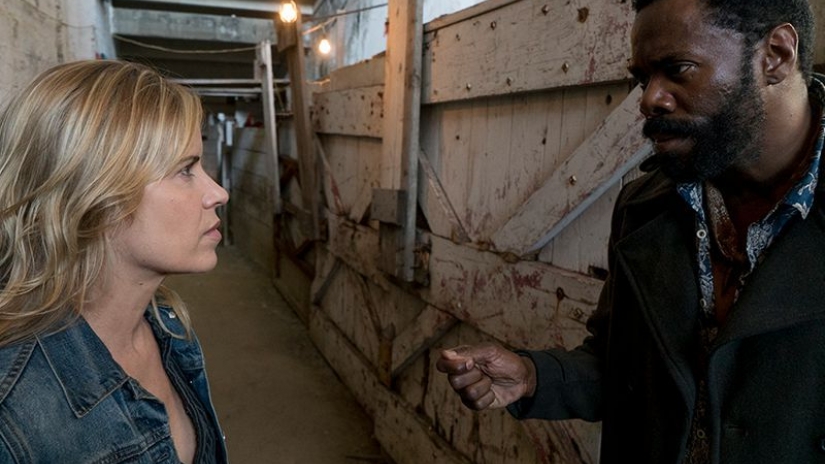 As the third season of AMC’s Fear the Walking Dead winds down (next week is the two hour season finale) we saw some surprising (well, some more than others) turns with its episode entitled “El Matadero,” including the death of an original cast member. And it sets things up for an intense and electrifying finish.

The episode begins with Madison, Ofelia, Crazy Dog, Nick, and Troy driving to the bazaar to meet Daniel for the water trade. The crucial part of this trade is Ofelia. Madison recently informed Daniel that his daughter Ofelia was alive and well. Well, she’s alive but the “well” part is perhaps a little misguided. Hanging on to the back of the truck, Ofelia seems to nod off, lose her grip, and fall onto the road. When the others stop to pick her up, they see: she’s been bitten. It’s only a matter of time now.

I would also like to say from the moment Madison made this deal with Daniel, I KNEW Ofelia was in danger. Reference previous reviews for proof. A-hem.

Anyway, the gang gets to the bazaar and their game now is trying to keep Ofelia alive long enough to see her father one last time (and to prove to Daniel that Madison wasn’t lying when she said Ofelia was alive in the first place). They get her as much medication as they can to stall the sickness creeping inside Ofelia that will eventually kill her. When Madison asks Nick to stay with and watch Ofelia for a bit, he eyes the pain medication by her bedside. Yuh-oh. 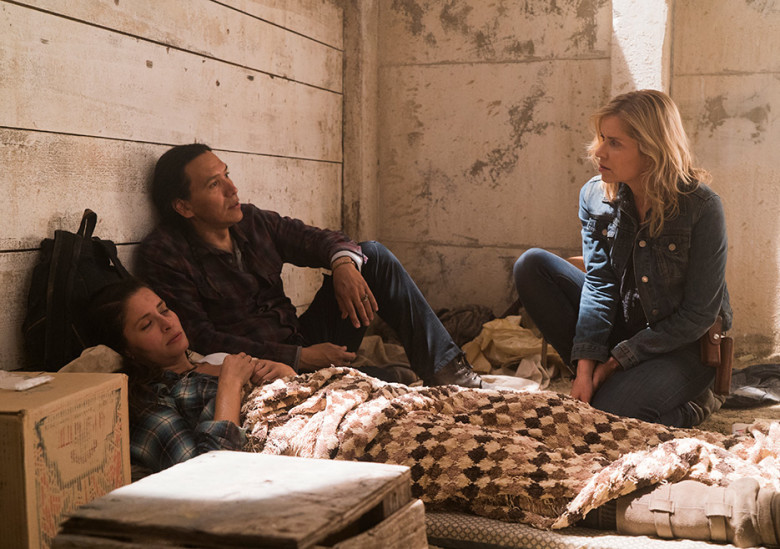 It’s hardly been touched upon in a few seasons (if it has at all?) but when we first met Nick Clark back in season one he was a drug addict in and out of the hospital and rehab. We’ve barely been reminded of this fact, but the second he spots those pills, we know what’s going to go down. He has a moment where he holds one and looks at it with concern, but it’s a brief, tiny little moment. And just like that he’s fallen off the wagon. I am not an addict, but I’ve heard stories from people who are and who have gone through spats of sobriety only to relapse and this actually seems fairly realistic. Years of being clean can be ruined in one small instant.

Now Nick does not just stop with the pills. Next thing we know he’s coaxing Troy into doing shots of tequila with him, despite Troy’s protest. Suddenly Troy is the sensible one, which is very worrisome. They go on a sort of bender together, even going to the butcher (aka El Matadero) to acquire something a little more interesting. He gives them each a tiny brain stem that is said to be pure adrenaline. The next thing we know, Troy and Nick are covering themselves in zombie blood and walking amongst the dead for a rush. It’s amazing that nothing terrible becomes of them. But I have a bad feeling about the season finale.

When Daniel does show to the bazaar it is literally seconds too late. After having a small heart to heart with Ofelia (she requests Madison tell her father she was looking forward to getting to know him) Madison presents a just passed Ofelia. Daniel is livid. It is some sort of sick joke the universe has played on him here. But as upset as he is, Daniel knows this was not Madison’s fault. He knows Ofelia can not have been dead long as she hasn’t even turned yet. He shoots his daughter in the head. The water deal is still on.

Speaking of the water deal, Strand has some sort of strange arrangement with the Proctor of the bazaar. He owes him something, and Strand ends up telling him about the dam. That can’t be good. This seems to be one of the key elements setting up the finale. I have a feeling that dam is not going to be a primary setting for Season 4. 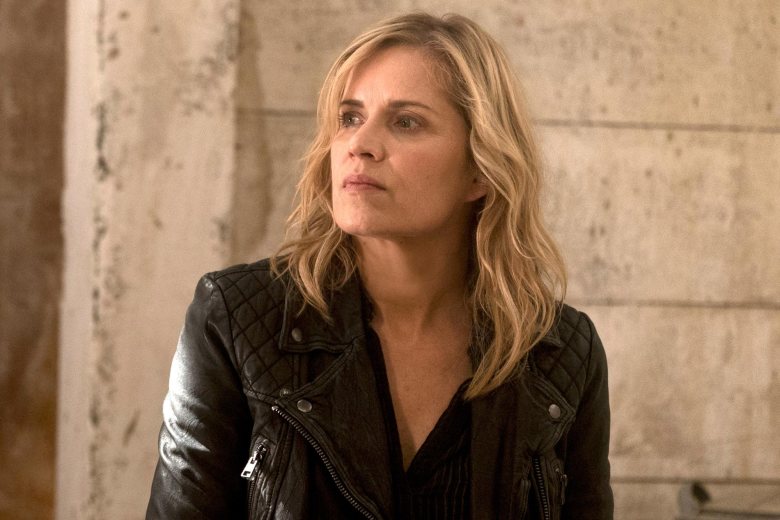 Alicia was sidelined a bit this episode after having had the spotlight last week. She has ventured out on her own, ignoring Nick’s request to come back with him. Alicia is more than capable at this point, but she does get in some trouble in a small town where she raids a restaurant closet and finds a bucket of some dehydrated mashed potatoes. Score! But that’s soon taken by another scavenger, a woman named Diana who is wielding a mighty pick ax. The two become tentative friends, but like all things in this world, we will see how long that lasts.

Overall, the episode was interesting, if a little predictable with Ofelia’s untimely death. The true surprise came with Nick falling off the wagon. I’m excited to see where all this takes him next, as he is probably the most interesting character in the series.