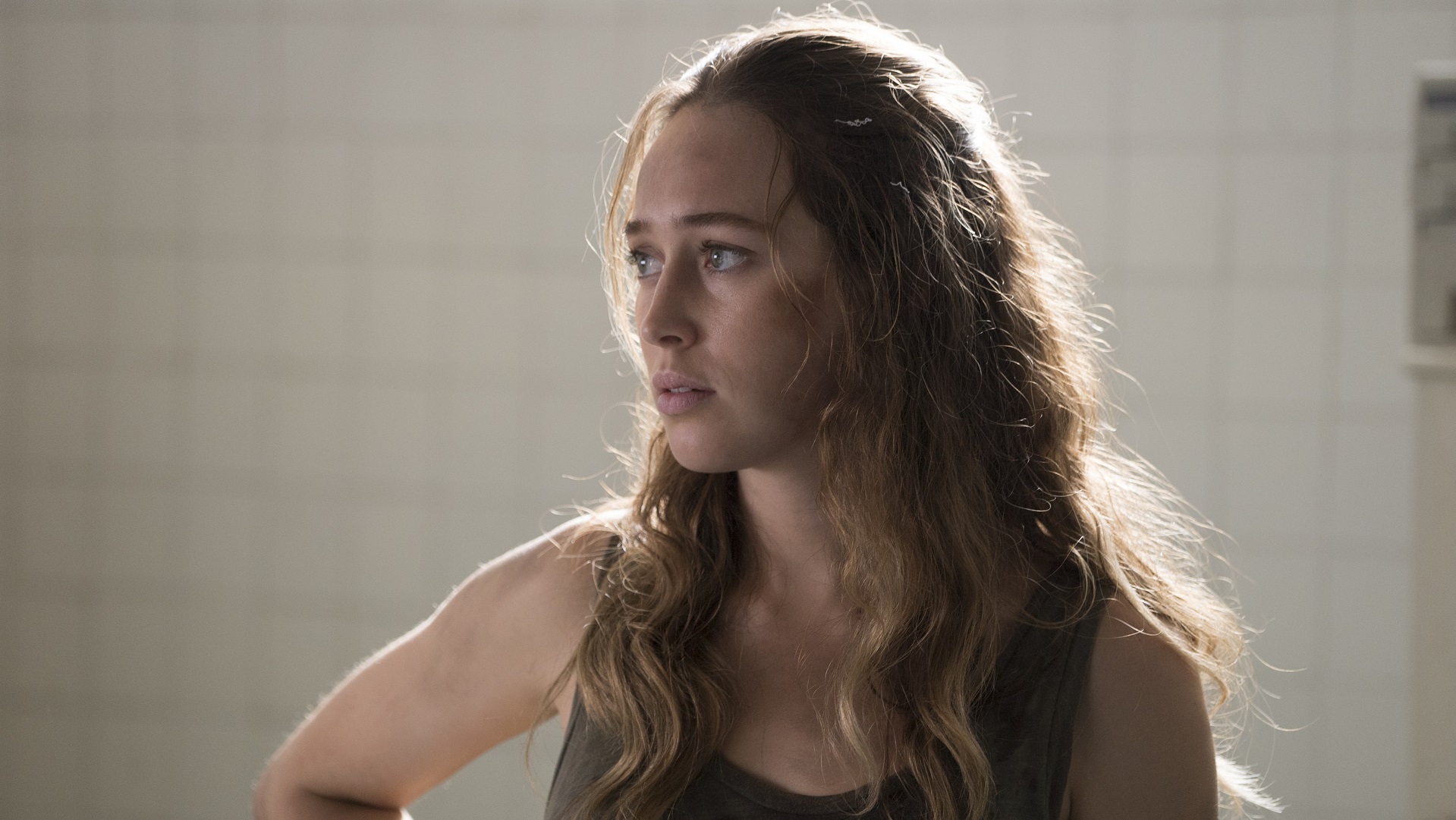 Well, it wouldn’t be a season finale of Fear the Walking Dead (or its sister series The Walking Dead for that matter) if things weren’t left in a complete state of disaster. The two part finale consister of back to back episodes “Things Bad Begun” and “Sleigh Ride” brought to a close the best season of Fear yet, though it did have significant problems.

Last week Nick fell off the wagon and began drinking, popping pills, and eating pieces of zombie brains filled with pure adrenaline. He recklessly ran into a pack of the undead while covered in blood, and he brought fellow bad boy Troy along for the ride. So it was a surprise this week when Nick actually seemed like he had his act back together. He was beyond the gates of the bazaar killing zombies, but only to bring their heads in to the drug dealer so he could extract the necessary brain parts for the adrenaline. He’s making money instead of using, or so it seems.

This all comes to an abrupt halt when Troy realizes that the Proctors (the newly introduced bad guys who Strand owes and has cut some sort of deal with involving the dam) are readying themselves for some sort of assault. Troy conveys this to Nick, and the two of them head to the dam to warn Madison, Strand, Daniel, Lola, and the other people there. 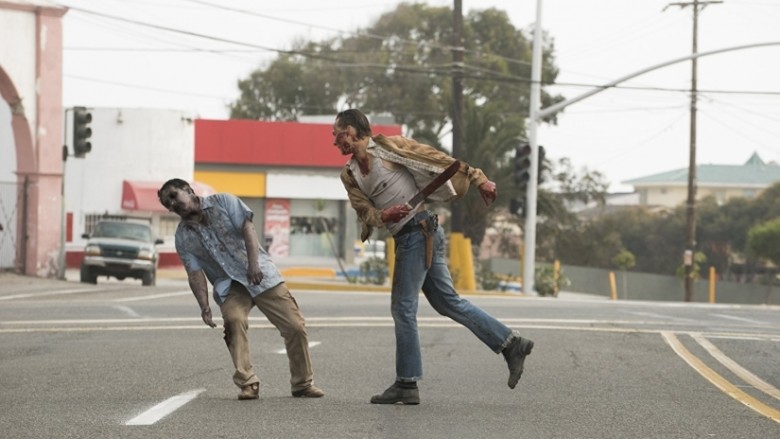 At the dam, Strand and Madison are having a philosophical conversation about life. Madison mentions how every Christmas she would make a huge feast for her and her family, roast turkey and all. She imagined that at the Ranch she could have had that with her kids. But now she’s lost them. It still kind of irks me how she has fought so hard for her children, killed for them, yet did not put up much of a fight at all when Alicia decided to cut out on her own. It is inconsistencies like these, especially with Madison’s behavior, that ultimate bring this show down.

Troy and Nick warn the Dam people and they start to plan their defense. Strand however has other plans, knowing the force the Proctors have behind them. And Daniel still has not gotten over the death of Ofelia. In one particularly tense scene, Daniel suspects Nick is lying about what happened to his daughter, and who was really behind the horde that killed her. He locks him in and threatens to torture him. Eventually Nick convinces him that it was Jake, not Troy, who brought the heard on the Ranch after losing his mind over his father’s murder. Daniel believes him and lets Nick go, but… why would he? Why would Nick need to hide that Jake brought the horde to the Ranch on purpose, especially if he’s dead? That doesn’t make sense. Daniel for some reason was unable to see that the only reason Nick would have for lying is to keep the guilt off himself and/or Troy. Daniel has been made out to be savvier than that. But I guess his game is a little off due to the high pressure situation and grief about his daughter? He also probably honestly did not want to torture Nick.

The Proctors show up and the battle ensues. They have Alicia en tow, as she and her pick-ax wielding traveling companion from last week were ambushed by them and taken in. Alicia was immediately tasked with being the ONE person who could hand a doctor instruments during surgery to remove a tumor on the spine of their leader Proctor John (the excellent Ray McKinnon). It doesn’t really make sense why they need her to do it other than she is the main character here, but she’s good at keeping John calm during his surgery. Oh, and if he dies, his men have orders to kill everyone in the room! It all has a very Ben Linus of Lost feel to it. At any rate, the surgery is successful, and Proctor John is able-bodied enough to attack the Dam!

Just before the Proctors arrive, Madison and Troy are setting up C4 explosives all along its base to blow as a last measure resort. When he reveals to her that he is the one who brought the horde onto the Ranch, she strikes him in the head with a hammer, killing him. It was a surprising, abrupt death for a character I’d hoped would stick around. He made the show more interesting. Not long after this, Strand reveals his betrayal to Daniel and Lola and is unable to bring himself to kill the man, only grazing his face with a bullet. While Daniel recuperates in a hiding place, Lola runs out to look for some medical supplies and is shot dead. 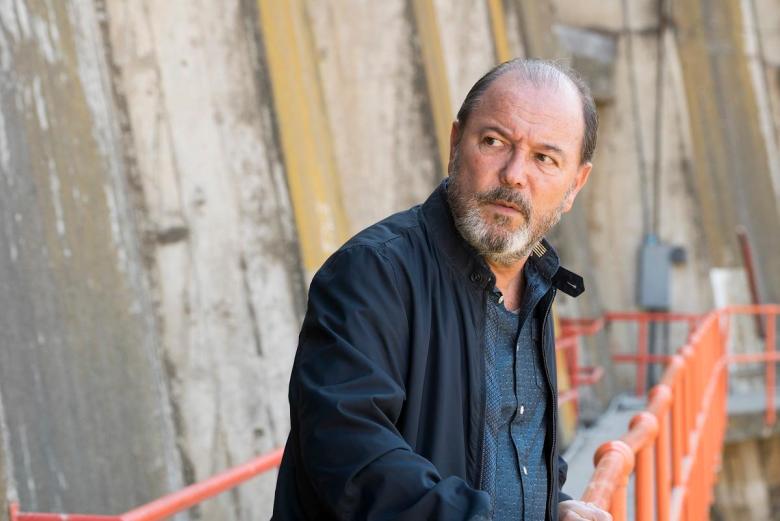 It all comes down to an intense stand off on top of the dam. Proctor John plans on killing Nick, then Alicia, then Madison. But Nick is able to get the detonator from Strand in a final embrace and changes the game. He now has the bargaining power to get Madison, Alicia, and Strand on an inflatable boat with a motor to escape. He can’t leave because the detonator will be out of range and the Proctors will be able to pick them off with their guns. It’s an tense show down, in which I was never sure exactly how it would shake out at any given moment. This is good television.

Ultimately Nick blows the C4 with he and Daniel on top of the dam, but it’s too soon. Madison, Alicia, and Strand’s boat is sucked back into the hole in the dam the explosives caused. In the end, the only one we know has survived this is Madison herself.

The final hour flew by, even with its strange extraneous dream sequence scenes of Madison hosting a Christmas dinner with herself, the Ottos, Taka, Strand, and Daniel as happy friendly guests. Travis (remember him?) even makes an appearance when Madison almost drowns–she sees him in a flash, where he is trying to pull her up from being sucked into a grave. At the end of the day, I find it a bit convenient that the only suviving main characters will be those of the original cast. And Madison is still the only character I don’t really care for. If she died, the show may be freed to have a much better main protagonist–Alicia. Or even Nick! The fourth season possibilities are wide open. I’m looking forward to it.