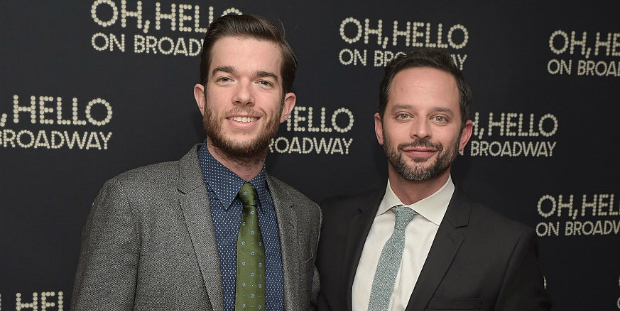 Kroll and Mulaney currently star in their Broadway show where they play Gil and George, two elderly gentlemen, hosting an acclaimed cable-access show called Too Much Tuna and are joined by surprise guests each night. Previous guests have included Katie Couric, Natasha Lyonne, Alan Alda, and Josh Groban. The show is directed by Alex Timbers and will end its run on January 22.

“From film to television to Broadway, Nick Kroll, and John Mulaney have been almost everywhere – and now their world domination will be complete when they host the 2017 Film Independent Spirit Awards,” said Film Independent President Josh Welsh. “We couldn’t think of two smarter, funnier people to host our show, and look forward to having them on the beach on Saturday, February 25.”

Kroll previously starred in The Kroll Show, a sketch series on Comedy Central, and was seen in this year’s Loving and can currently be heard in the animated feature Sing. Mulaney previously wrote for Saturday Night Live before trying his hand at starring in a sitcom. He earned an Emmy nomination for his Netflix special The Comeback Kid and currently writes for IFC’s Documentary Now and Netflix’s Big Mouth.