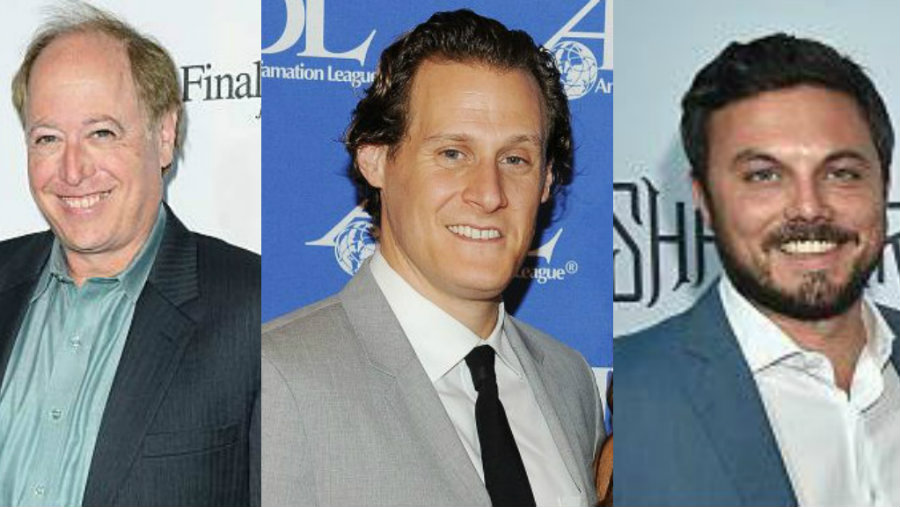 Fox is getting behind a project they think will be one of the most talked about shows of the  upcoming development season, an untitled divorce comedy from Danny Zuker, exec. producer of Modern Family, and producers Trevor Engelson, Jake Kasdan and Dan Farah.

The premise is about what happens when you get divorced from someone who remarries into the British Royal family and then having to share custody of the kids.  It really doesn’t sound like anything else out there.

What’s significant about the show is that Engelson was once married to actress Meghan Markle, who has been dating 33-year-old Prince Harry.  Because of this, all three of them are very much in the public eye due to the London tabloids. One presumes that will play a part on the show even though none of the characters or incidents are based on Engelson, Markle or Prince Harry. It’s all fictional and theoretical, since Markle and Engelson never even had kids together.

Apparently, the idea for the comedy came out of discussions between Engelson, who produced  the series Snowfall, and Farah, a producer on the upcoming Spielberg movie Ready Player One and the shows Famous in Love and The Shannara Chronicles.  They threw around the idea of what would happen if Engelson had kids that he’d have to share custody with the Royal Family, and so, the idea was born. They pitched it to WME who put together the package to sell to Fox, who bought it on the spot with one of the largest commitments to a comedy pitch so far this season.

Zuker was brought on to write, along with New Girl producer-director Jake Kasdan and his producing partner Melvin Mar. British TV director Christine Gernon (Speechless) will direct at least the pilot. Zuker will be an exec. producer on the show along with Engelson and his company Underground, Farah’s Farah Films, as well as Kasdan, Mar and Gernon.

Zuker is one of the key writers and producers on 20th TV’s Emmy-winning ABC comedy Modern Family, while everyone else also has long-time connections with 20th TV with Gernon directing episodes of New Girl, Fresh Off the Boat and The Grinder, as well as directing the pilot for Speechless on ABC. Kasdan and Mar are executive producers on all four of the series that Gernon has directed.

Besides his television work as exec. producer of the FX show Snowfall and upcoming Paramount Network dramedy Heathers, Trevor Engelson has produced a wide variety of films including Remember Me and License to Wed, and he’s currently producing the Netflix movie The After Party.

Zuker is with CAA, Industry Entertainment and Hansen Jacobson, while Kasdan is with WME.

The story was first reported by Deadline.