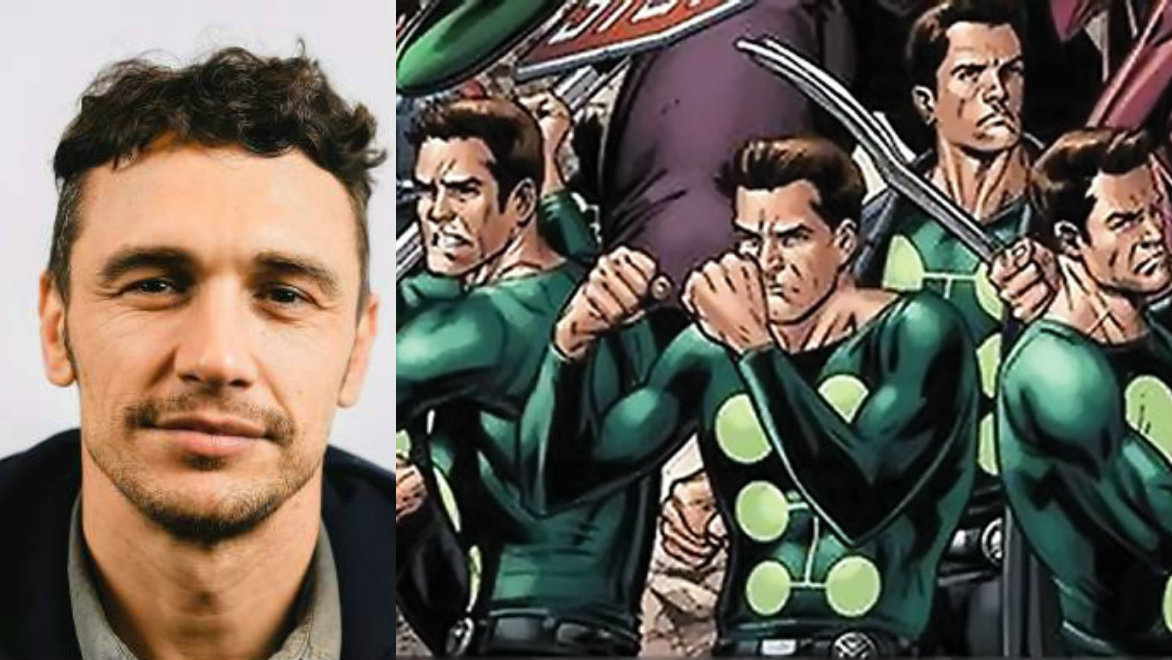 If you like James Franco then Fox and Marvel want o give you a LOT more of him, as Fox is developing a film for Franco in which he’d play Marvel’s mutant Jamie Madrox, better known as  Multiple Man.

Fox’s main Marvel guy Simon Kinberg is producing the movie via his Genre Films banner from a script by Allan Heinberg (Wonder Woman) along with Franco’s production company Ramona Films, which he runs with brother Dave Franco and Vincent Jolivette.

Madrox at first was a throwaway supporting character that appeared in a few random comics before Peter David claimed him as a member of his more comical mutant superteam X-Factor in 1991. Having the mutant power to create multiple versions of himself, Madrox has remained a member of that X-Men spin-off team through various incarnations, as well as making appearances in various X-Men cartoons.  Eric Dane played a version of the character that had a small part in the 2006 movie X-Men: the Last Stand.

Franco and Kinberg had previously been collaborating on The Hardy Men, a long in development project that Kinberg has been producing with writer Rodney Rothman for the Franco brothers to play the grow-up versions of the teen sleuths.

Next month, the two Francos can be seen in the James Franco-directed The Disaster Artist, which tells the story of filmmaker Tommy Wiseau’s attempt to make the low budget disaster The Room with James playing Wiseau and Dave playing Greg Sestero, an actor on the film who wrote the book based on his experiences.

If the Multiple Man movie happens, it would be the fourth X-character to get his own movie following Wolverine (three movies), Deadpool (two movies) and the upcoming Gambit, starring Channing Tatum.

Fox are currently finishing up the Kinberg-produced The New Mutants, directed by Josh Boone, the David Leitch-directed Deadpool 2 starring Ryan Reynolds and X-Men: Dark Phoenix, the sixth movie involving the mutant superteam, the latter written, directed and produced by Kinberg.  All three movies are scheduled for 2018.

James Franco is repped by UTA and Anonymous Content with Deadline initially reporting the project.